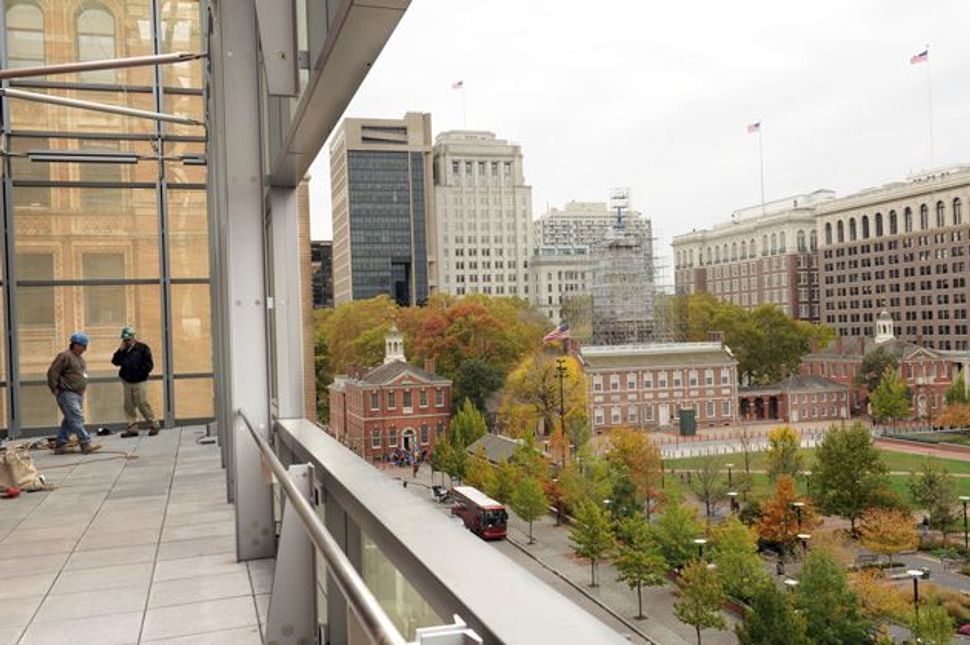 Faced with a decade-long deficit, the National Museum of American Jewish History in Philadelphia, rocked in recent years by institutional changes, is hoping that filing for Chapter 11 bankruptcy will move the institution toward financial sustainability.

The museum, known for its exhibits on Leonard Bernstein, Richard Avedon and Supreme Court Justice Ruth Bader Ginsburg, has been in debt since the construction of its $150 million Independence Mall location over a decade ago, Phil Darivoff, chair of the museum’s board told the Philadelphia Inquirer.

“Our budget is around seven-and-a-half to $8 million, and we have $30 million of debt, and that is just too huge a number and we have to deal with that,” Darivoff told the Inquirer. “The entire board is with this plan. We feel this is something we must do.”

The museum filed for bankruptcy on March 1. Donors and lenders, many of whom pitched in on the construction of the new museum building, which opened in 2010, carry about half of the museum’s $30 million debt, while the museum’s bank has been shouldering the rest. Formerly, the museum operated out of its longtime location behind Philadelphia’s Congregation Mikveh Israel.

The museum has had to tighten its belt in the past. During the tenure of its former CEO Ivy L. Barsky, the museum cut down on staff, closed the cafe and froze salaries. Barsky resigned in May of last year and was replaced by interim chief executive Misha Galperin.

Officials told the Inquirer that museum staffing and programming would not be affected by the bankruptcy protection. Last year, attendance, revenue and donations all fell from a recent high in 2017. But Darivoff believes the $30 million debt has been undermining the confidence of backers and the museum itself since 2010.

“It affects the way donors look at us,” Darivoff. “It affects our confidence in our future. And frankly, the debt service is too big a burden for us.”