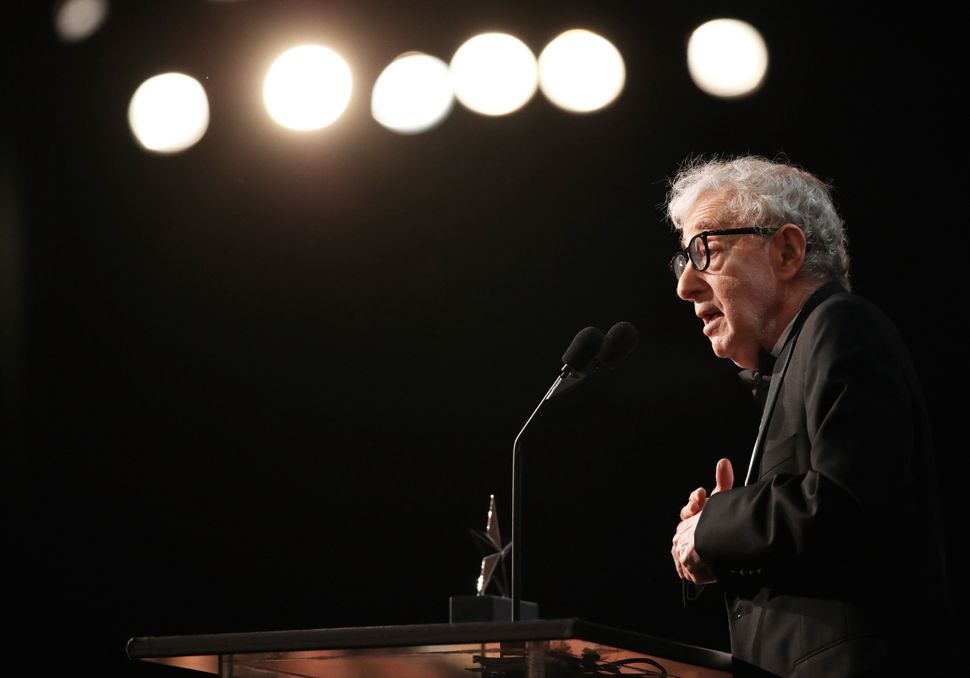 After approximately 75 staff members of the staff at Hachette Book Group staged a walk-out protest on Thursday, the publisher has canceled its plans to publish Woody Allen’s memoir “Apropos of Nothing.”

The news was broken by Publishers Weekly.

BREAKING: In a statement, Hachette Book Group has announced that it will not publish Woody Allen’s memoir ‘A Propos of Nothing, originally scheduled for sale in April 2020, and will return all rights to the author. Our story is forthcoming.

Allen’s attorney, Elkan Abramowitz, told the Forward that Allen had no comment.

Hachette announced plans to publish the memoir on March 2, with a release date of April 7. The announcement sparked immediate controversy, and Hachette CEO Michael Pietsch scheduled a staff town hall for Thursday to discuss the publisher’s plans. Rather than attend, the protesting staffers walked out of the offices.

According to staff accounts, the decision was spontaneous. “I think it stems from frustration that the CEO was holding a town hall and instead of going to a town hall where they’ll try to placate us, we decided to walk out,” an anonymous staffer who participated in the walk out told Slate. “The general sentiment is that he has been very defensive, and the town hall did not seem to come from an honest place.”

The protests came after Ronan Farrow, Allen’s son with Mia Farrow and author of the bestselling “Catch and Kill: Lies, Spies, and a Conspiracy to Protect Predators,” published by Hachette imprint Little, Brown and Company, publicly stated that he would cut ties with the publisher over its decision to publish Allen. Allen has for years faced allegations from Dylan Farrow, his daughter with Mia Farrow, that he sexually abused her when she was seven.

Hachette Book Group explained their decision in a statement quoted by Vulture.

Hachette Book Group has decided that it will not publish Woody Allen’s memoir A Propos of Nothing, originally scheduled for sale in April 2020, and will return all rights to the author.
The decision to cancel Mr. Allen’s book was a difficult one. At HBG we take our relationships with authors very seriously, and do not cancel books lightly. We have published and will continue to publish many challenging books. As publishers, we make sure every day in our work that different voices and conflicting points of views can be heard.
Also, as a company, we are committed to offering a stimulating, supportive and open work environment for all our staff. Over the past few days, HBG leadership had extensive conversations with our staff and others. After listening, we came to the conclusion that moving forward with publication would not be feasible for HBG.

The memoir, which would have been released by Hachette imprint Grand Central Publishing, was described as “a comprehensive account of Woody Allen’s life, both personal and professional.”