I’m a rabbi and a lifelong reader. These are the books I’m turning to for comfort. 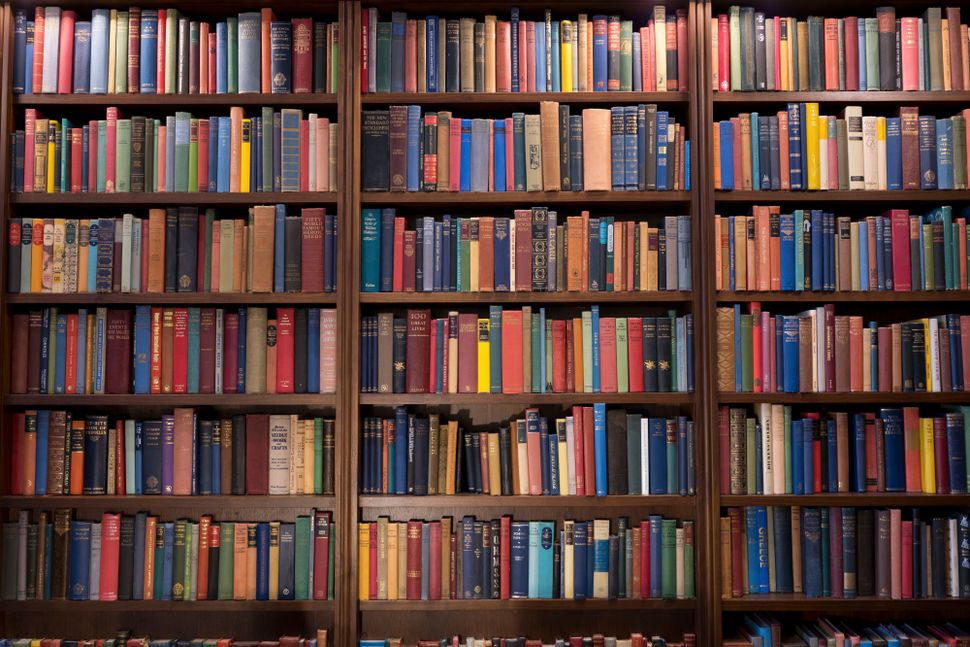 As we as a society take steps to stem the novel coronavirus outbreak, we have plenty of enforced time at home. But although your body may be stuck inside, your mind can still roam the universe.

This is a time to read: long books you’ve never gotten to, or new kinds of books you never tried. Try classic Jewish texts, available on Sefaria online: Talmud, midrash, responsa. Or revisit the Bible, particularly Genesis, the stories in which are among the deepest and most important in all of human history. In addition to those evergreen options, here is a very partial list of recommendations, culled from a lifetime of intensive reading. I’ve left off a slew of favorites — “Emerson’s Essays,” “The Complete Sherlock Holmes,” the works of British humorist P.G.Wodehouse — but there are more books than one can read in many lifetimes. So here is my hopefully helpful sampling.

“Middlemarch” by George Eliot: My favorite novel. Eliot creates a whole world within it. Her intelligence shines through on every page, and her statements about the struggles of women — and men — are as prescient as ever.

“City of Thieves” by David Benioff: Short, but rich in history and drama, from the creator of HBO’s “Game of Thrones.”

“Herzog” by Saul Bellow: A masterpiece that should be read for Bellow’s coruscating thoughts and unique voice.

“The Raj Quartet” by Paul Scott: An indelible portrait of India under British colonial rule, best balanced with Rohinton Mistry’s “A Fine Balance” and Vikram Seth’s “A Suitable Boy.”

“Anna Karenina” by Leo Tolstoy and “Crime and Punishment” by Fyodor Doestoevsky: No explanation needed. Dostoevsky’s “The Devils” is also powerfully topical.

“The Last Good Kiss” by James Crumley: According to the mystery maven Otto Penzler, this is the best mystery of the 20th century. He may well be right.

“A is for Alibi” by Sue Grafton: There are many wonderful series about singular detectives who are intensely pleasurable company, by Agatha Christie, Rex Stout, Michael Connolley and many others. This book, the start of one such superlative series, is one of my favorites.

“A Coffin for Dimitrios” by Eric Ambler: One of the greatest spy stories ever penned.

“The Grand Sophy” by Georgette Heyer: Heyer is reliably witty, historically scrupulous and, most importantly, a whole lot of fun.

“Gone with the Wind” by Margaret Mitchell: The book has more than its share of racist stereotypes. But with all its flaws, the story remains a classic, with important messages about how to understand our country and the attitudes that shaped it.

The “Outlander” series by Diana Gabaldon: A fantasy historical fiction that starts out just great. (A warning: it does weaken as the series proceeds.)

“The Thornbirds” by Collen McCollaugh: Love, faith, and intelligent writing. What more can one ask?

“The Foundation Trilogy” by Isaac Asimov: An imaginative achievement in which Asimov invents a truly remarkable world. (Those who know the story of Yohanan Ben Zakkai’s salvation of Judaism, see if you can spot an analogy.)

“Man’s Search for Meaning” by Viktor Frankl: A book every human being should read in his or her lifetime.

“The Sabbath” by Abraham Joshua Heschel: Heschel’s poetry and depth come together to create this brief classic on the meaning of the Sabbath in a modern world.

“Lonely Man of Faith” by Rav Soloveitchik: A short, penetrating classic by the premier orthodox thinker of the 20th century.

“The Thirteen Petalled Rose” by Adin Steinsaltz: Ready to apply some brain power to the study of kabbalah? This is your best pick. Steinsaltz’s volumes of Talmud and Tanya in English are also fairly accessible.

“Wanderings” by Chaim Potok: A popular and captivating history of the Jewish people by the author of the classic novel “The Chosen.”

“Churchill: Walking with Destiny” and “Napoleon: A Life” by Andrew Roberts, “The Life of Samuel Johnson” by James Boswell: Three striking biographies of men living through unprecedented times.

“The War that Ended Peace” by Margaret MacMillan: My favorite history of World War I.

“Danube: A Sentimental Journey from the Source to the Black Sea” by Claudio Magris: A lyrical, evocative and wide-ranging work of travel writing.

For children (and their parents)

“Watership Down” by Robert Adams: A book about rabbits? Yes, absolutely, but also a masterpiece of examining human behavior — not to mention drama, war, tragedy and escape.

The “Harry Potter” series by JK Rowling: Yes, the books really are that wonderful. If you or your children have yet to discover them, now’s the time.

The “Chronicles of Narnia” series by C.S. Lewis: Read it for the adventure and memorable characters, and don’t pay attention to the imagery that recalls Christianity. Philip Pullman’s “His Dark Materials” trilogy is a fantastic, non-religious alternative.

“Zlateh the Goat and Other Stories” by Isaac Bashevis Singer: A classic for a reason. Singer’s collected stories for children and adults are charm-filled masterpieces.

I’m a rabbi and a lifelong reader. These are the books I’m turning to for comfort.