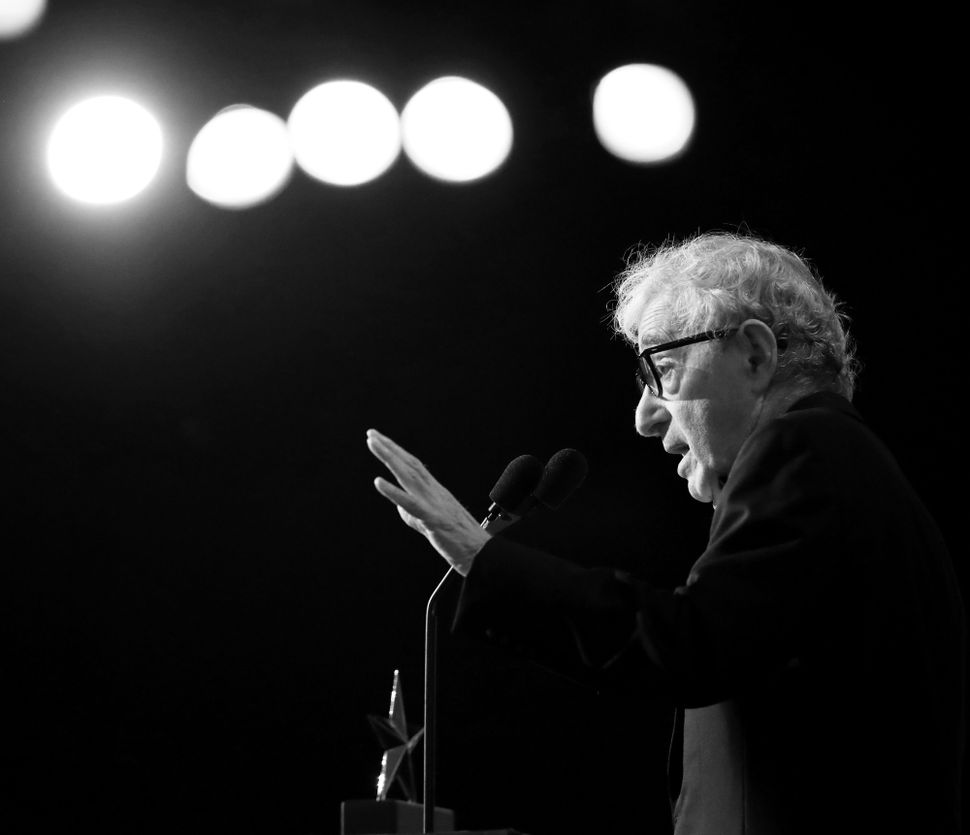 Update, 3:55p.m.: Amazon’s listing for “Apropos of Nothing” has been updated to reflect today’s release date. The book is available on Kindle and for order as a hardcover, but Amazon notes that the hardcover is temporarily out of stock.

After being pulled by Hachette, Woody Allen’s memoir “Apropos of Nothing” has reportedly received a quiet release from a new publisher.

Arcade Publishing announced the March 23 release to the press on Monday. (Books are typically released on Tuesdays). The announcement comes two weeks before Hachette had planned to debut the book, before outrage from its staff and Allen’s children led to the release’s cancellation.

The book is not yet listed on Arcade’s website or that of its umbrella publisher, Skyhorse Publishing. As of press time, two Amazon listings for the memoir still bill its release date as April 7. While both pages include a later mention of a March 23 release, each only lists a single copy of the book as currently available for purchase; the pages make the books available for pre-order, maintaining the planned Hachette publication date in April. The New York Times reported that the initial print run included 75,000 copies. As of press time, Skyhorse had not responded to a request for comment on this apparent discrepancy.

Hachette scrapped its plans to publish the book after a staff walkout in objection on March 5. The walkout followed broad controversy over the book beginning with objections voiced by Allen’s adopted daughter Dylan Farrow and son Ronan Farrow.

Dylan Farrow, who claims that Allen molested her when she was seven years old — claims Allen denies — posted on Twitter to say that she was never consulted about the book. Ronan Farrow, whose bestselling book about the #MeToo movement,“Catch and Kill,” was released by the Hachette imprint Little, Brown and Company, ended his relationship with the publisher via Twitter, claiming that he had been deliberately kept in the dark about its decision to publish his father’s book.

“The book is a candid and comprehensive personal account by Woody Allen of his life,” Arcade announced, according to the Associated Press, which first reported on the release, “ranging from his childhood in Brooklyn through his acclaimed career in film, theater, television, print and standup comedy, as well as exploring his relationships with family and friends.” Deadline reports that Arcade provided the AP with a copy of the book for their reporting.

AP reported that the Arcade edition contains a postscript addressing the controversy, in which Allen alleges that Hachette promised to publish the memoir despite his “being a toxic pariah and menace to society,” but that “When actual flak did arrive they thoughtfully reassessed their position” and ”dumped the book like it was a hunk of Xenon 135.”