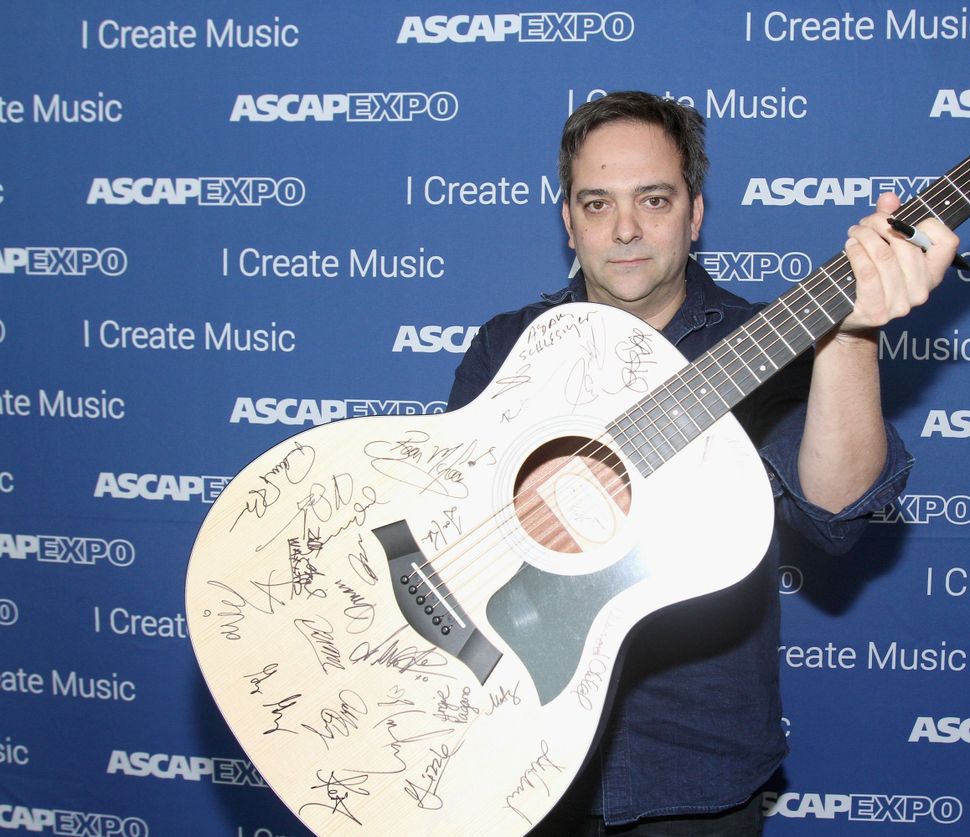 If you were anywhere near a radio, television or movie theater in the past 25 years, you’ve heard Adam Schlesinger’s music.

The songwriter, multi-instrumentalist and backing vocalist known for his longtime work in the bands Fountains of Wayne and Ivy, also wrote, co-wrote or produced hundreds of songs for film and TV.

“I’ve never really had the desire to be a front person or a solo artist,” Schlesinger told Popmatters in 2010. “I don’t really create that much of a hierarchy in my mind. I just like to stay busy and I like to work with interesting people.”

Schlesinger, 52, who died April 1 of complications from COVID-19, always felt like something of a regional act to me — in that the songs he wrote were about my region.

His contributions to Fountains of Wayne referenced local news anchors and my stretch of I-95. There was the id-based novelty of “Stacy’s Mom,” sure, but also ballads of a dipsomaniac salesman who fell asleep on a planter at the Port Authority and a worn-out white collar worker. If there was a poet laureate of the unambitious Manhattan suburbs (he grew up in Montclair and wrote poignantly of Hackensack), Schlesinger might have earned that title. But it doesn’t even scratch the surface.

Schlesinger’s first major success came in 1996, when he wrote the first of many fictional hits for a fictional band, penning the title track for Tom Hanks’ film “That Thing You Do!” It was Schlesinger’s first film credit, and it earned him nominations for an Oscar and Golden Globe. From there he scored my youth and adolescence: Songs for “Josie and the Pussycats” (2001), Stephen Colbert’s 2008 Christmas special (for which he won a Grammy) and even “Crank Yankers.”

Neal Patrick Harris’ iconic Tonys opening “It’s Not Just for Gays Anymore?” That was a Schlesinger (he won his first Emmy for it and his second for Harris’ closing number the following year.) And so was the Broadway musical of John Waters’ “Cry-Baby” (a Tony nomination.) Schlesinger never stood still, always working on a project, while still putting in his time with Fountains of Wayne (until their 2013 dissolution) and Ivy (until his death) and his other project, Tinted Windows. He also wrote hits and produced albums for other artists, including Bowling For Soup, the Monkees and the Jonas Brothers

“If you want to make a living as a musician, you try to be involved in as many things as you can,” Schlesinger told Songfacts in 2011. “And part of it is just creatively for me, that’s what I enjoy. I like switching gears and I like working with people, and that’s what keeps it all popping.”

Schlesinger’s ear for a perfect pop song was virtuosic. He had a style, but he was also one of the most gifted pasticheurs of the music world, shifting genres and time periods as needed. His skill in every style had a chance to shine in recent years with the CW series “Crazy Ex-Girlfriend,” where he riffed on everything from “Gentlemen Prefer Blondes,” to Olivia Newton-John to Broadway to Disney to klezmer to rap battles. He won his final Emmy in 2019 for his music and lyrics for “Antidepressants Are So Not a Big Deal,”, his parody of “La La Land.”

In a Wednesday Twitter post, series co-creator Aline Brosh McKenna said that Schlesinger wrote or co-wrote 157 songs with the show’s co-creator and star Rachel Bloom and composer Jack Dolgen. McKenna then linked to a demo Schlesinger emailed her, which he billed as “an idea” with “only one verse/chorus” for the character of Greg, a bartender at a batting cages facility.

The “idea,” was so much more. Schlesinger, whose vocals were always impressive, crooned out a lyrically vivid and musically refined song that aped Billy Joel, but became something greater. Like many of his best songs, it was about a guy stuck in place at home, longing for something more.

“Rachel and I stood in her office and listened to it and looked at each other, astonished,” McKenna recalled, “because it was perfect.”