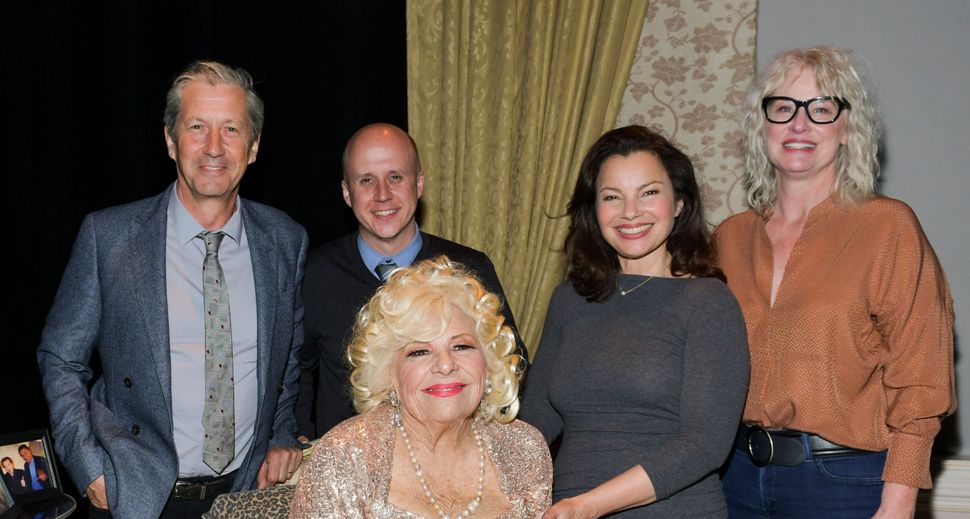 The cast of “The Nanny” in 2019. Image by Getty/Rodin Eckenroth/Contributor

It’s a tale (nearly) as old as time: A millionaire Broadway producer meets a bridal shop worker from Queens, hires her as a caretaker for his children, then eventually takes her to wife.

Now, that classic story will become a stage musical.

Yes, a Broadway treatment of hit 1990s sitcom“The Nanny” is forthcoming. As Deadline reports, Fran Drescher and Peter Marc Jacobson, the duo who created the series, will write the book; Rachel Bloom and Adam Schlesinger of the CW’s “Crazy Ex-Girlfriend” have been tapped to write the music, Marc Bruni, who helmed the long-running Carole King musical “Beautiful,” is slated to direct. Much to the fictional Max Sheffield’s relief, his rival Andrew Lloyd Webber does not appear to be involved.

But, who will play Fran? C.C.? Niles the butler? “Nobody is cast yet — we’re plotting — but we feel confident we will find a fabulous actress who is funny, charming and has a great voice,” Drescher and Jacbson said in a statement in reference to the role of Fran.

Ah yes, that inimitable voice. We imagine that auditions for the show will be quite the experience, as scores of actresses practice scales in the famously nasal Queens accent that Drescher made famous.

Drescher said that she would reprise the role herself but that “we’d have to change the title to ‘The Granny.’” Classic.

Bruni told Deadline that the concept of a nanny changing the lives of her charges and their father has promising theatrical precedent.

“[W]hat if instead of Maria Rainer with her guitar, Fran Fine showed up on the doorstep of a fractured family?” Bruni said, referencing the female lead of “The Sound of Music.”

Well, we have a notion, and it involves a whole lot more leopard print than that Rodgers and Hammerstein classic.

As for Bloom’s involvement, she said that “The Nanny” was a cornerstone of her childhood viewing.

“[I]t was the first time I saw an openly Jewish female protagonist on television,” Bloom told Deadline. “I am so proud to be using the characters established by ‘The Nanny’ to tell a new story about one woman’s journey to becoming proud of who she is and what makes her different.”