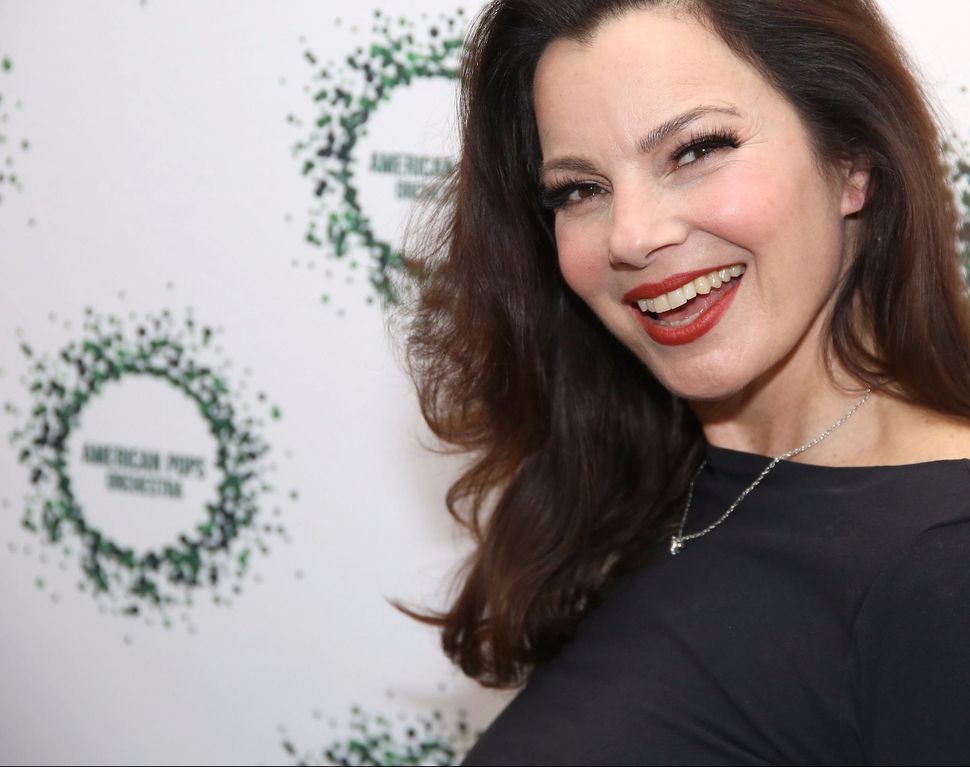 Luckily for the Forward, she’s also serving as Master of Ceremonies at our 120th Anniversary Gala on November 13. The Forward’s Talya Zax spoke with Drescher on the phone in advance of the gala.

Talya Zax: Can you tell me what the Forward means to you?

Fran Drescher: I think it’s a wonderful publication for people who are observant of Jewish faith, involved in the Jewish community or just interested in the culture, which comes with so many wonderful contributions in the world of arts and science and political science.

You’ve been known throughout your career for your spin on Jewish humor. What, in your opinion, makes a great Jewish joke?

Well, it’s got to be relatable and true and honest. A Jewish joke is no different from any joke in terms of its construction. We as a people, I think, have a gift for being able to laugh at ourselves and observe the idiosyncrasies that are funny. The way a joke is written came out of Yiddish theater. It used to be all the stand-up comics were Jewish, and everybody was jumping on that bandwagon: We can be funny about our people and our culture. 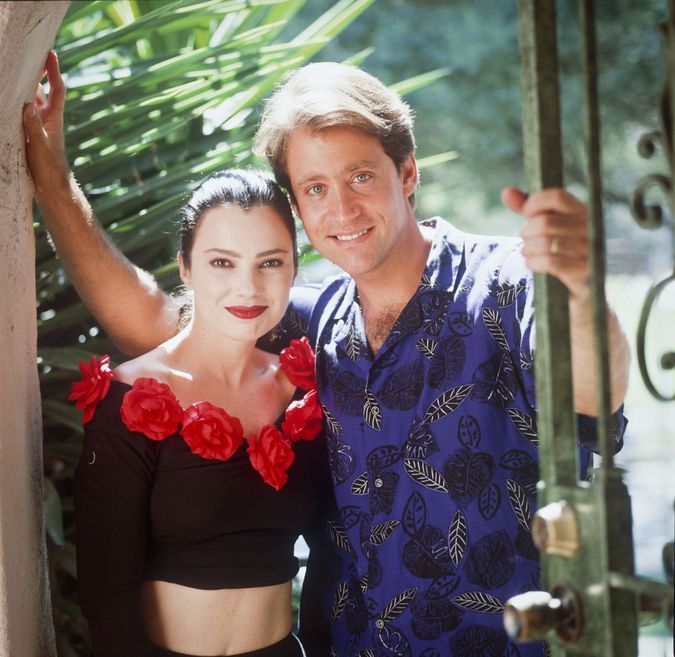 Drescher and her ex-husband and ‘The Nanny’ co-creator, Peter Marc Jacobson, pictured at their Studio City home in 1990. Image by Paul Harris/Getty Images

Are there comedians whose brand of humor you especially like?

I really like Ellen DeGeneres, because she writes a show that tells a story and has a beginning, middle and end. She’s extremely relatable, and she talks about the things that are unique and funny. I think Jerry Seinfeld is very funny for the same reason. He’s not mean-spirited, he’s an observer of life. I like Chris Rock, I thought that Rosie O’Donnell’s stand-up act about her heart attack was poignant and funny and also informative and brave. I’ve been doing some stand-up –I’ll have some of that when I emcee [the gala] – and a lot of it has to do with the fact that I have a gay ex-husband. I think that to look at things with humor opens up people to experiencing it with a light heart.

You got your big break as an actress playing a very Jewish character: Fran Fine on “The Nanny.” What was that like for you?

When I sold the idea of “The Nanny,” which was based off of the rich and colorful characters that I felt I identified with growing up in Flushing, Queens, the network said “Procter and Gamble will buy the show outright, which is a good thing, because then you never have to worry about selling ads and making money for the network.” The caveat was that I had to be Italian. For very practical reasons, I said no: “I am Jewish, we want to write this with my brand of comedy, which is rich in specificity and relatability, and we wouldn’t be able to write it as Italian because we’re not Italian.” We would be doing a caricature of what we think Italian is, because we didn’t grow up with it. I dug my heels in, even though it was a huge break for me.

I had learned a lesson long before that living with regret is much wore than just diving in and doing what you believe in. I knew this was my big chance and it had to be done right.

When did you first really feel that the show was working?

We knew when we shot the pilot that we had caught lightning in a bottle. The audience was with us, they were in it in the moment. These people had no clue what they were coming to watch, yet they were totally invested; we just knew, wow, this is working! They’re laughing in all the right places! It was an incredible feeling.

We worked very hard to make it a big success. I would go into the writers’ room and I would say “My parents watched looked at the video tape of the rehearsal and they think this, they think that.” I had my parents reading the script all the way through because they were our audience. I listened very closely. Something’s bothering them, and it’s our job as writer-producers to figure that out.

It’s been a gift from God, really. It put Flushing, Queens, on the map. Women who sound like me all the way around the world say, “People always say I sound like you.” It’s enabled women to write, produce and star, it’s opened up starring roles for Jews to play Jews, it’s taken the curse off of being a Jewish New Yorker because she was really a blue-collar American. That was [actually] what enabled us to keep bringing in more and more Jewish culture. We went to temple. We went to Israel. I dated a cantor. I had to get a tattoo removed to be in the Jewish cemetery. We spoke Yiddish.

The show went throughout the Middle East, not just Israel: Jordan, Saudi Arabia, Egypt, the Emirates. When I got to the top of Masada, there was a woman working at the top who recognized me. She was, I think, from Jordan, and she said “Oh, we love you in Jordan, we love you too much.” And when I went to Jordan the prime minister at the time said “I must take a picture with you or my wife and children will never forgive me.” It was one of those things. When I went to Israel, I brought my parents, and we of course were introduced to Prime Minister Netanyahu and his wife. When we met he said to her, “Sara, I think we found our new nanny.”

You’re known for your activism as well as your acting. What’s the latest with Cancer Schmancer, and where are you hoping to take the movement next?

Our big progressive radical program is “Detox Your Home,” because we’re more interested in the causation of disease than the cure. Let’s not get cancer in the first place, how’s that for a cure?

Our health is getting poorer and poorer as big business is getting richer and richer at our expense. The irony of it is that we are driving it all with our mindless consumerism. What are you eating, what are you putting on your body, what are you cleaning and gardening with? Any time you go to replace any product or food item start taking the check, choose and change challenge: Check labels, choose eco-friendly, organic, sustainably farmed products, and be the change that we all very desperately need.

The cornerstone [of cancer prevention] is early detection. It took me two years and eight doctors to get a proper diagnosis, and by the grace of God I was still in stage 1. Many people are not as lucky; misdiagnosis and mistreatment is a reason why many people find out too late that they have cancer. The Cancer Schmancer movement came out of The New York Times-bestselling book that I wrote of the same name. We as human beings were not designed, over millions of years, to have this level of chemical carcinogens that we encounter each and every day. We have to get educated, motivated and activated. I’ve turned the lemons into lemonade and the pain into purpose.

Can you give us a preview of your shtick for the gala?

Oh my God, you want me to give away my jokes!