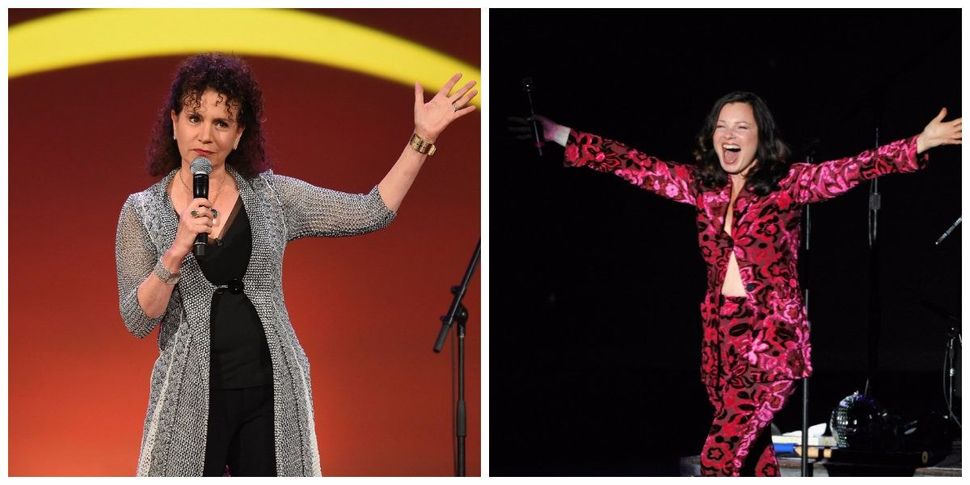 “Don’t raise your voice to me, missy! I’m the person who taught you to insert a diaphragm, so lets just show a little respect!” Susie Essman screamed at Fran Drescher Noevember 8th on ‘Broad City.’

There’s just one thing standing in their way.

Fran Drescher plays Beverly Baumgarten, Illana’s unmarried aunt who put off leaving Manhattan for the trip to Florida for a year because she might get “Hamilton” tickets. “Cheryl’s niece is dating an usher who could slip us through the garbage shoot, but we had to be ready at any moment! At ANY moment!”

Bev lost her virginity to Neil Friedman in a bungalow in the Catskills on family vacation. She wears earrings made of four (four!) curtain tassels. She’s not worried that the weed she’s smoking may have been stored in a family member’s orifice for the duration of a domestic flight. She’s perfect.

Glazer directed the episode, which was shot in her own recently deceased grandmother’s retirement community in Florida. Check out the wall hangings behind Drescher’s head:

That’s right, a hanging synthetic tapestry embroidered with pomegranates that says, “A Home Blessing: Let this be a place where peace abides.”

Florida, the broads discover, is not where peace abides. The increasingly heart-rendering season interrogates racism, even (don’t panic) Jewish racism.