How to remember this socially-distanced Yom HaShoah 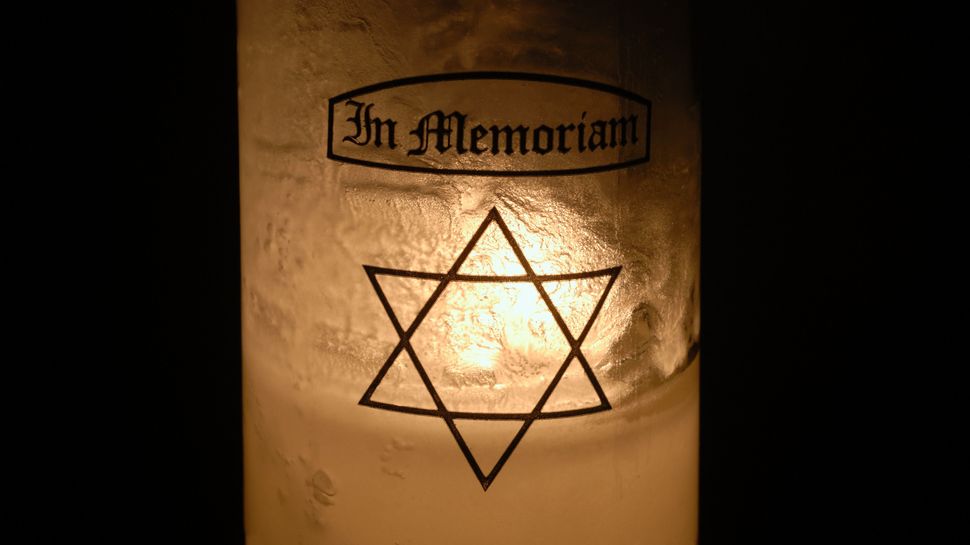 A yahrzeit candle Image by iStock

The evening of April 20, 2020 marks the begining of Yom HaShoah, when we honor the six million Jews who died in the Holocaust. This year, the ceremonies, which typically involve public gatherings with candle-lightings, have gone online only. But the project of remembering continues. Here are some ways to pay your respects.

Yad Vashem will host the day’s official opening ceremony with a pre-recorded event taped at the Mount of Remembrance in Jerusalem. The ceremony began at 1:00 p.m. EST on April 20 on the museum’s Facebook page. The event, archived on Yad Vashem’s page, includes remarks from President Rivlin and Prime Minister Netanyahu and a memorial torch-bearing by Rabbi Israel Meir Lau, a survivor and Yad Vashem’s council chairman. Six torches will be lit and the stories of six survivors are highlighted in addition to singing, narrative-readings and prayers.

On April 21, the museum invites people from all over the world to participate in its #RememberingFromHome and #ShoahNames campaign, recording themselves saying the names of Holocaust victims accesible through its website.

The annual March of the Living will take place virtually on April 21 at 7 PM EST with a speech from Rivlin, testimony from survivors and musical performances.

The UJA has scheduled a 3 PM Zoom event with Holocuast survivor Bernie Igielski and an address by Rabbi Kenneth Hain.

Following Sunday’s Annual Gathering of Remembrance, the museum will be observing Holocaust Remembrance day with survivor testimony posted to its Facebook page, an 11 AM class for students and a message from from New York’s Lieutenant Governor Kathleen Hochul to be shared on the museum’s social media platforms.

Jewish organizations and congregations of the Upper West Side will read the names of the victims starting at 8 pm April 20 until 5 pm the following day, this time all on Facebook. The reading of the names will be accompanied by remarks from survivors and their family, and speeches by educators. During the all night, all day reading, viewers are encouraged to share family stories and pictures.

On April 21 at noon, the website will host “Written in Pencil in the Sealed Railway-Car,” a Zoom event that invites close readings of survivor-written poetry and Torah to probe the nature and meaning of remembrance

The museum will host a Facebook program beginning at 11 am on April 21. The event will feature pre-recorded remarks by the late Elie Wiesel, Nuremberg prosecutor Benjamin Ferencz, tributes to survivors to family members they lost and a public invitation to participate in reading the names of those that died.

SIXTH AND I SYNAGOGUE, WASHINGTON, DC

At 7 pm tonight, the congregation invites the international community to gather virtually to hear from survivors and their descendants and to discuss their stories. The evening — hosted on Zoom — will conclude with a yahrzeit lighting.

How to remember this socially-distanced Yom HaShoah