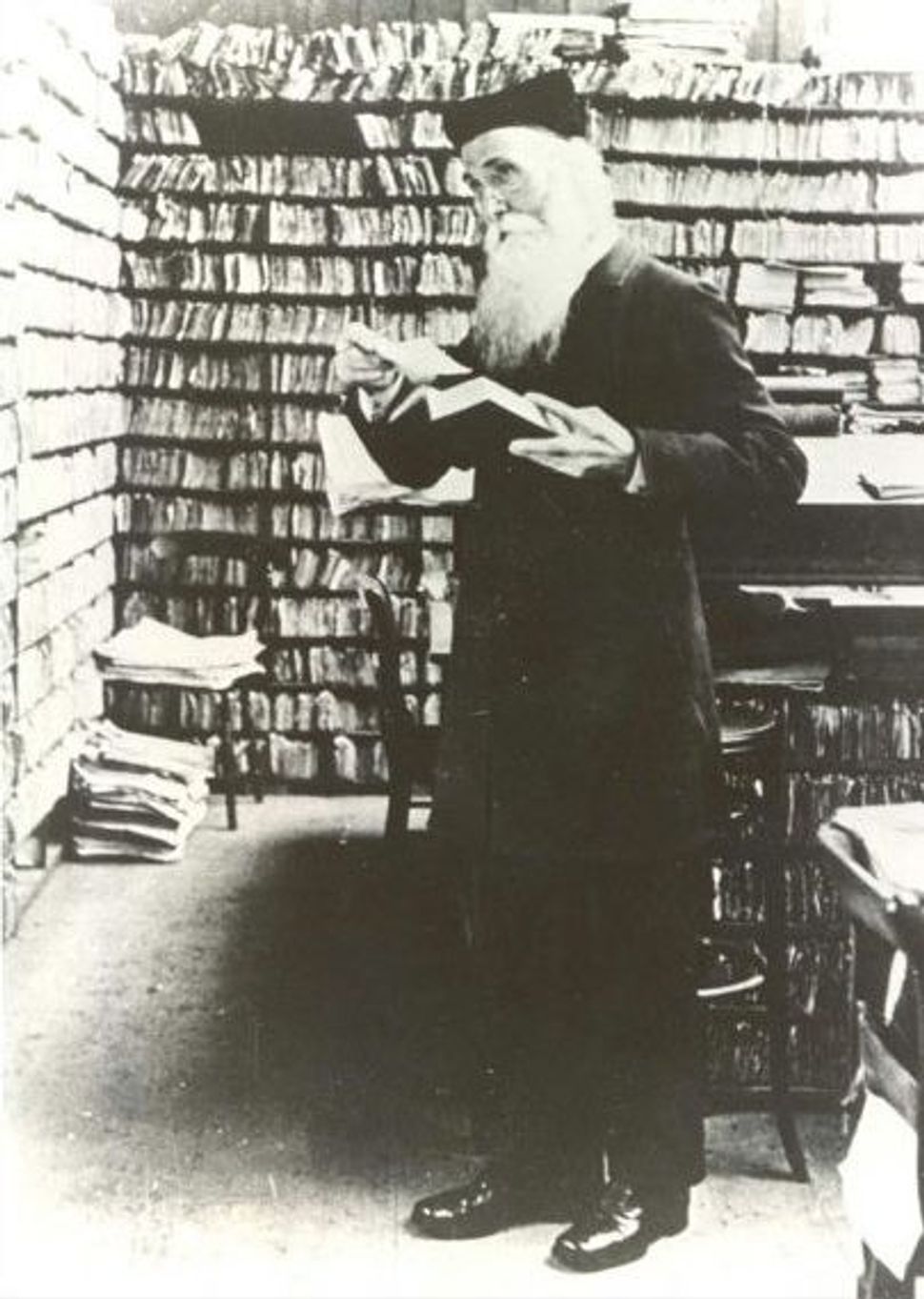 On July 5, 1900, James Murray, founding editor of the Oxford English Dictionary, penned a letter to Claude Montefiore explaining a conspicuous absence in an upcoming volume compiled some years before: An entry for the word “anti-Semitism.” The oldest hatred did appear in the first edition, but only within a list of “anti” combinations.

In the letter, Murray explained that, in hindsight, “anti-Semitism” and its derivatives deserved their own entries as, unfortunately, they had only grown more relevant with time.

“Anti-semite and its family were then probably very new in English use, and not thought likely to be more than passing nonce-words [i.e. a word coined for a single occasion], & hence they did not receive treatment in a separate article,” Murray wrote to Montefiore, the founder of the Anglo-Liberal Judaism movement. “Probably if we had to do that post now, we should have to make Anti-semite [sic] a main word, and add ‘hence Anti-semitic, Anti-semitism.’”

The National Library of Israel recently uncovered Murray’s letter, which went on to elaborate that there was such a glut of “anti” words, that “much violence had to be employed” to fit them all in. Many, including the then-more ubiquitous word “anti-slavery” did not receive their own entries, Murray noted. The first page of James Murray’s letter to Claude Montefiore, noting where he can find “anti-Semite” and “anti-Semitism” among the “compounds of anti.” Image by Courtesy of the National Library of Israel

“Would that Anti-semitism had had no more than a fleeting interest!” Murray wrote. “The closing years of the 19th c. have shown, alas! that much of Christianity is only a temporary whitewash over brutal savagery.”

Murray, a liberal like Montefiore, went on to lament the dashed hopes of the 1848 revolutions and the decade of the 1850s, when it appeared “that we had left ignorance, superstition and brute force behind us.” He’d hoped that the new century would “usher in the reign of righteousness. How the devil must have chuckled at our fond & foolish dream!”

The National Library, working with the Oxford University Press, was unable to recover Montefiore’s side of the correspondence, but Murray’s response shows how language evolves, noting that at the time of the “anti” volume’s completion “The man in the street would have said Anti-Jewish.”

Murray was recently the subject of a 2019 biopic, “The Professor and the Madman,” in which he was portrayed by Mel Gibson.