Howard Stern has some (more) advice for Donald Trump – resign 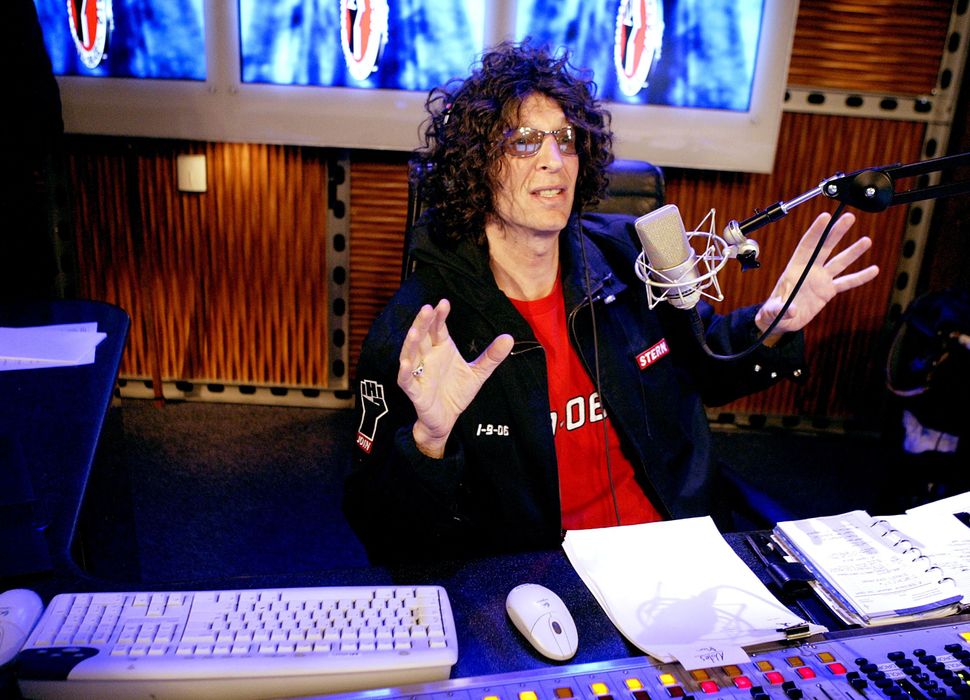 Howard Stern wants to bury the hatchet with his old pal Donald Trump — break bread with him, embrace him, let bygones be bygones. All Trump needs to do is resign.

On May 12, the self-proclaimed King of all Media argued on his SiriusXM show that, by stepping down, the president would cement his legacy as a patriot. “I do think it would be extremely patriotic of Donald to say, ‘I’m in over my head, and I don’t want to be president anymore,’” Stern said.

It’s worth looking at this argument. Stern, for all his foibles, has proven, in his decades of interviewing celebrities, to be an astute judge of human character and is invoking Trump’s fear of inadequacy while flattering his potential to do something truly heroic. Sweetening the pot, Stern offered his fellowship

“It’d be so patriotic that I’d hug him, and then I’d go back to Mar-a-Lago and have a meal with him and feel good about him because it would be such an easy thing to do,” Stern added.

Stern has tried this gambit with Trump before. Just the day before he appealed to Trump’s dubious patriotism on air, Michael Steinberger, in a piece for The Atlantic, named the shock jock as “the only nationally influential voice to demand his resignation.”

Steinberger might be referring to that time in 2018, when Stern advised the president to “get the f—k out of” the White House.

If one tracks Stern’s remarks on Trump’s presidency and his decision to run, they betray a concern for the country, but — more than that — a preoccupation with his friend’s well-being.

Stern’s show was a hot mic record of a number of Trump’s lewd remarks about women and the primary indicator of his true stance on the War in Iraq. The radio host has admitted feeling guilty for his part in elevating the real estate mogul’s profile, and, in the process helping Trump to the post of commander in chief. Stern stated in November of 2016 that he tried on multiple occasions to talk Trump out of his presidential bid for the sake of the candidate’s own quality of life.

“People love you. They leave you the f—k alone,” Stern recalled telling Trump. “They know you from television. What the f—k are you doing with your life?”

During the campaign, Stern said he asked Trump “Why do you want this?” Concluding, that even after winning, “I still don’t think he wants it.”

In 2017 Stern, who supported Hillary Clinton, voiced his fear for Trump’s mental health.

“I personally wish that he had never run,” Stern said on his show. “I told him that because I actually think this is something that is going to be detrimental to his mental health too, because he wants to be liked, he wants to be loved. He wants people to cheer for him.”

Stern has profound political disagreements with the administration, but it’s telling that he consistently frames his critiques in the context of his pre-existing relationship with Trump.

When he had the chance to hurt Trump’s campaign by replaying tapes of the nominee admitting to leering at contestants at the Miss Teen USA Pageant and supporting the intervention in Iraq, he refused to do so, citing it as “a betrayal.”

Why Stern refuses to completely disown the man may be seen as a kind of leverage — the ability to have him back as a guest down the line, the chance to have a certain amount of influence on the president during his tenure in the White House. More than that, it may be a way to gird himself against claims of hypocrisy, since Stern knows he doesn’t come off well on the other side of his and Trump’s “locker room talk.” More simply, Stern may be sincere when he says he likes Trump — just not as president.

“I don’t hate Donald,” Stern said on Tuesday, before addressing his Trump-supporting fans. “I hate you for voting for him, for not having intelligence.”

Stern, it would seem, can risk losing listeners, but not Trump’s ear.

Howard Stern has some (more) advice for Donald Trump – resign