The lie wasn’t ignorance; it was freedom 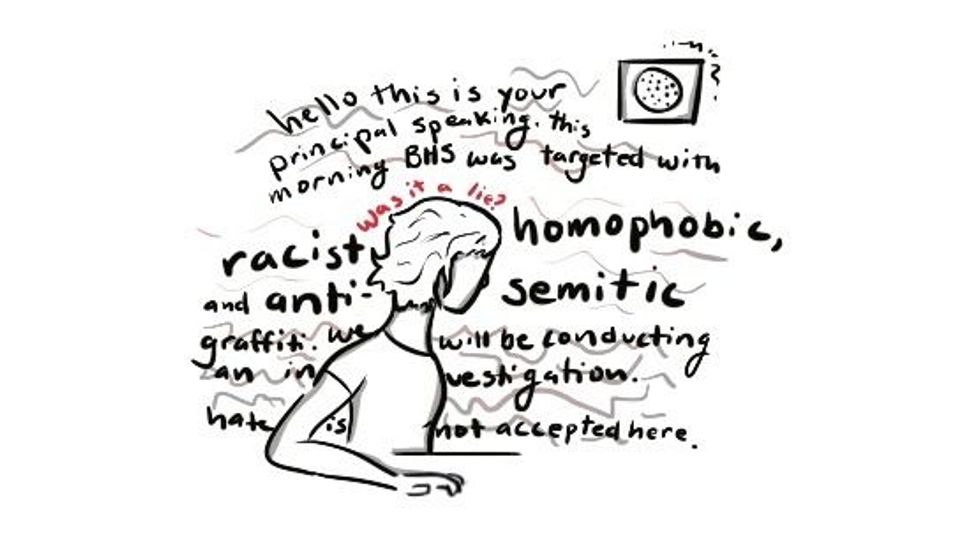 Editor’s Note: The Forward is featuring essays, poems and short stories written for our Young Writers Contest. Today’s entry was written by Laine Schlezinger, who attends 11th grade at Burlingame High School in Burlingame, CA. You can find more work from our young writers here

I live in the Bay Area, a place we call “the liberal bubble.” My school teaches ​”The Hate You Give”​ to our freshman class and held a protest after the 2016 election. The county pride center, with a massive rainbow flag hanging from the roof, resides on one of our busiest streets. Local businesses have signs that read “We welcome ALL people” on their windows. We pride ourselves on being an inclusive community and bigots are, statistically, outliers. But statistics mean nothing when people feel afraid. 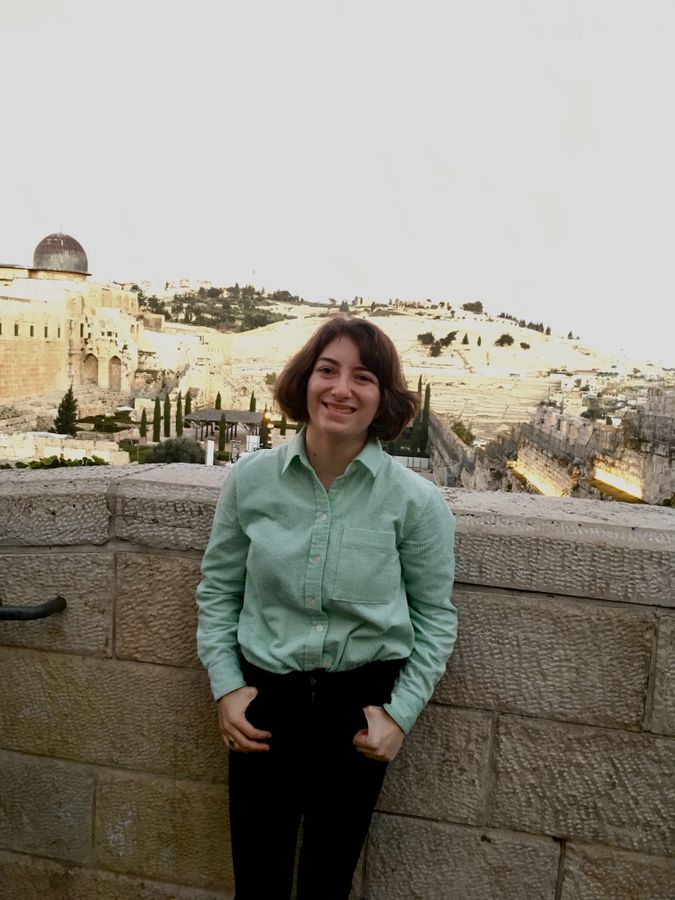 I watched fear sweep my community last October, when the now-infamous Tree of Life shooting rocked my Jewish community from the other side of the country. Twenty fours after we heard the news, I had work as a religious school art teacher. Things, obviously, felt different. There was a police car in the temple parking lot and a security guard at the door (who would become a familiar sight). There was a heaviness that loomed around the faculty; teens and adults all understood that American Jewish life was permanently altered. But when one of my fifth grade students asked me what would happen if someone broke into our religious school with a gun, I was shocked and dealt a heavy blow that I still haven’t recovered from.

It makes my stomach churn, and I don’t know if I’m furious or heartbroken or both. It hurts to think that there is no way anyone can replace the trauma of a young mind learning the world is not safe for them. And I feel utterly hopeless, because all I can do is feed them the same empty promise I feed myself; you are safe here, you are protected here, hate crimes don’t happen in the Bay Area. I knew I was feeding them a lie masked behind wishful thinking, but it gave them desperately needed hope. It gave me hope, too. I thrived on the lie. But what choice did I have? Feeding on it was easier than living my life in fear, and feeding it to others was easier than watching them struggle.

But when my co-counselor approached me about coming out to her religious family, how was I supposed to know that the lie would blind me?

The lie gave me the strength to reassure her. It was the whisper of safety that led me to take her hand in mine in the emptiness of the library in the middle of the summertime. It was the voice that kept me from letting go as young children stared quizzically at us at the mall. It was the deafening roar that mustered up the courage to kiss her as we sat on school grounds in the early November twilight. I told myself the lie until I accepted it as the truth. All of us, friends and family and teachers and strangers, accepted it as truth.

And then it happened. On a brisk September morning we woke up and read the writing on the wall. Literally. Students stared at custodians taping up black mats on the school library. When most of us arrived, it was all gone. But we all guessed. Classrooms fell silent when the PA system crackled to life and our principal told us what had happened.

I don’t know why I was so shocked. I’d heard a boy in my Chinese class make jokes about “the Jewish God” the day after Rosh Hashanah. There was a kid in my US History class who watched minstrel shows online in his free time. One of our star football players called the art teacher an “it” after she started transitioning. I knew all this hate loomed under the surface. But the lie sheltered me until I watched the truth rear its ugly head. And in the deathly stillness in the moments that followed, I had never felt so afraid. I looked down at the equations in front of me and felt sick to my stomach. I couldn’t focus. My head throbbed. It felt like my world was falling apart. In a way, it was.

The lie that I used to comfort myself stripped away, only to reveal the hatred of the real world. It felt more exhausting than ever to bring myself to roll out of bed and go to school every morning. I grew cold and cynical towards the administration as they made “Panthers Stand Against Hate” posters to put up around school. But the hardest thing to stomach was the fear. Taking my girlfriend to homecoming was now out of the question. Even being with her in public felt scarier than usual. I would constantly check my surroundings before holding her hand and every moment I did, I was reminded of the stories of couples getting harassed, beat up, stabbed. But it faded to the background, with time.

And as my world started to realign itself, I found myself tasting the safety of the lie once more. My teachers had a staff meeting run by the local chapter of the ADL, and I was proud of the staff for trying to change things. My school’s Black Student Union was the most prominent it had ever been, and I was glad to hear silenced voices rising up and gaining strength. My girlfriend’s Catholic grandparents reacted surprisingly well to the news of my existence, and both of us felt like we could stop holding our breath. The lie, as always, made me feel safe and protected. But as I healed, I began to realize that the lie wasn’t naive or wishful thinking. Whenever I lived the lie, it was because I felt free to believe that the world around me was safe.

The lie wasn’t ignorance. It was freedom.

Laine Shlezinger is an 11th grader at Burlingame High School. She is currently enrolled at URJ Heller High School in Israel.

The lie wasn’t ignorance; it was freedom