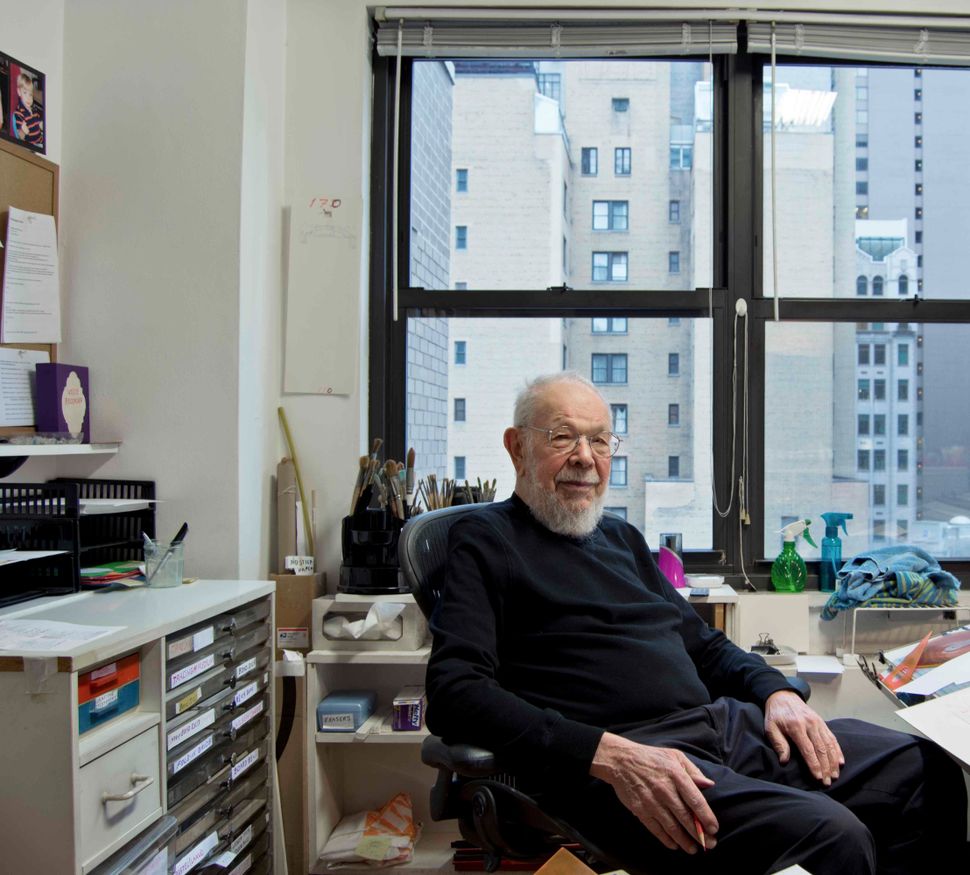 When it comes to comics, Fold-In king Al Jaffee has had a record-setting run. Now, the veteran cartoonist is retiring just shy of his 100th year.

Jaffee, who holds the title for the longest-working comic artist of all time, worked for MAD Magazine for 65 years. In that time, he was something of a waggish sage, dispensing gnomic wisdom from the back page, revealing irreverent answers to profound questions by way of dexterous page alignments. Recently, Jaffee acknowledged that the creation of the Fold-In owed a debt to his own disjointed family history — he was born in America and spent seven of his formative years in a religious shtetl in Lithuania before returning to New York City.

In 2016, Forward contributor Leah Garret asked Jaffee if the Fold-In’s two clashing images were representative of that disconnect between his two worlds, he replied “Yes I think that is right.”

Admitting some doubt was a refreshing stance for a man whose patented “Snappy Answers to Stupid Questions” were as good as the voice of God for legions of adolescents. His Fold-Ins manifested answers, miraculously changing the composition of an image by a mere two crimps of a page at the A and B arrows. He may as well have been hewing the Commandments onto stone with licks of lightning while his readers did his wonders. (In fact, as an example of his gift, MAD’s onetime editor John Ficarra mentioned a time Jaffee was asked to transform a sequence from “The Ten Commandments” into a mosquito.)

But, even God rested and at 99 and with MAD having recently stopped much of its publication, Jaffee is deciding to take his. To honor his life in comics, the magazine released a tribute issue of new material — a rare event since the magazine halted much of production in July of last year. The tribute issue, out today, includes Jaffee’s final Fold-In and a comic strip ode to Jaffee’s work by his friend and MAD colleague Sergio Aragones, titled “A Mad Look at Al Jaffee.”

While it’s sad to see Jaffee go, his talent endures, having informed the work of countless cartoonists reared in part by the “Usual Gang of Idiots.” He outlasted all of MAD’s early contributors and continued to have the final word on the last page. Behold his last effort: 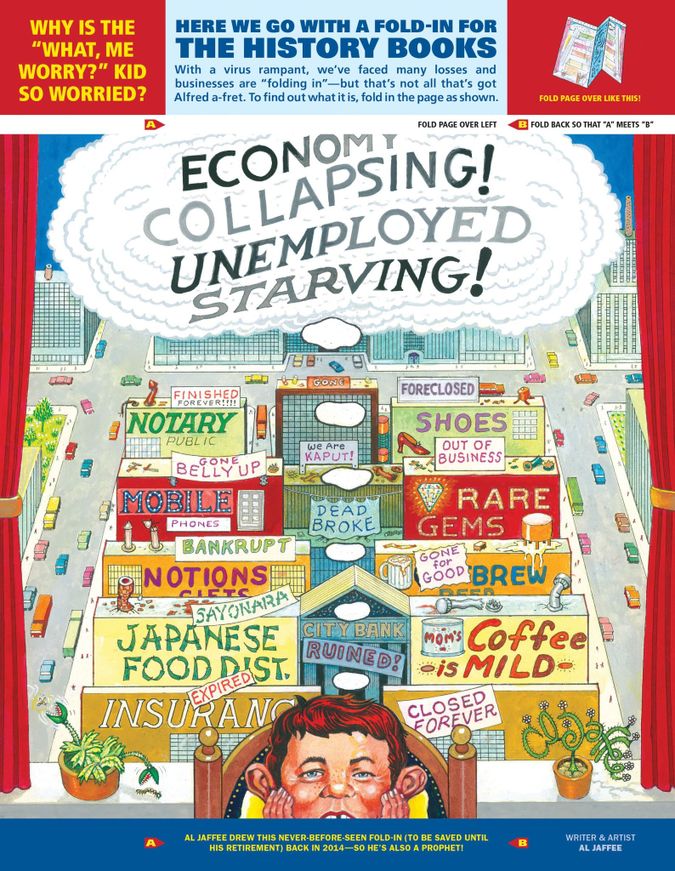 A cause for worry indeed, but also for celebration.