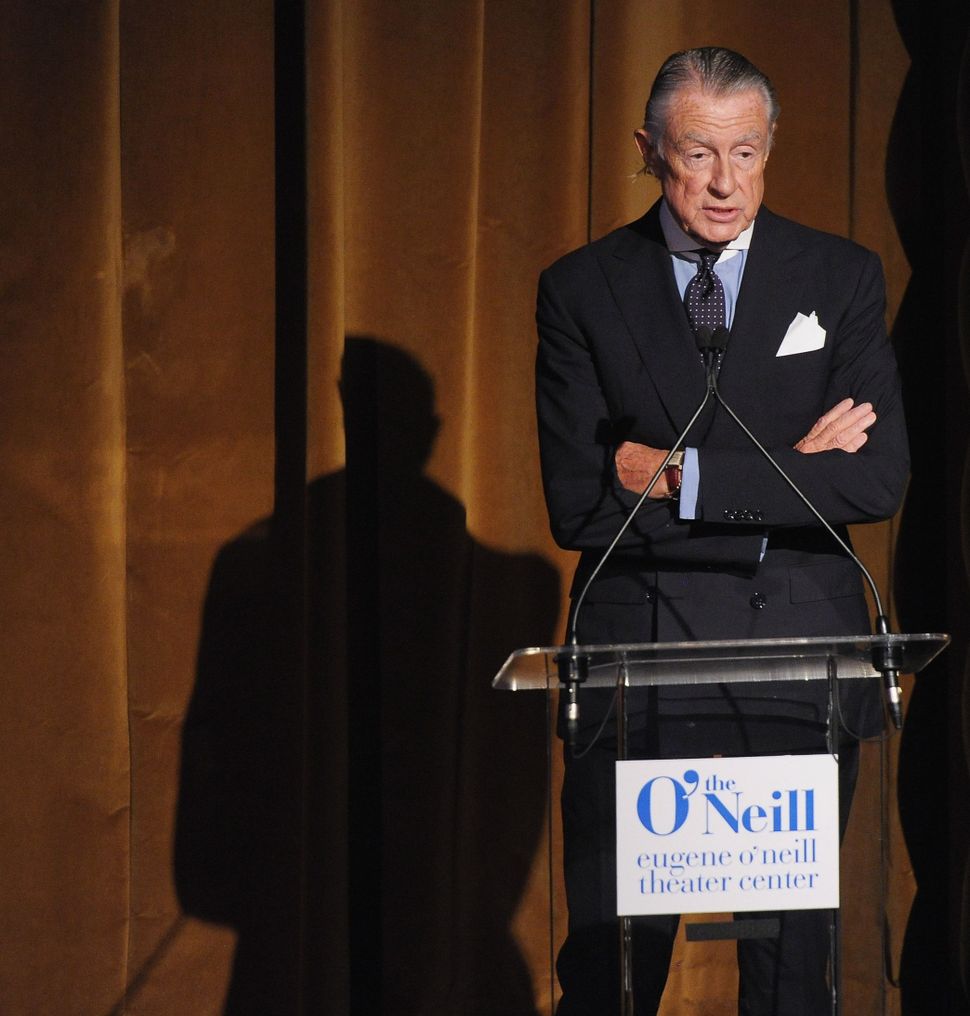 Joel Schumacher had style. His was an edgy, campy, critically divisive panache somehow both ahead of its time and regressive. It was the open-shirted vampire chic of “The Lost Boys” and the lamentable “Bat nipples” of “Batman & Robin.”

The filmmaker, who died Monday at the age of 80 after a yearlong battle with cancer, had a gauzy yet troubled origin story befitting one of his Brat Pack-era characters. He was born and raised in Queens to a Baptist father from Tennessee and a Swedish Jewish mother.

Schumacher’s dad died when he was four, and he was raised by his mother. As a kid, he’d ride his bike over the 59th Street Bridge to sample Manhattan’s nightlife. He was a precocious smoker, drinker and abuser of liquid Methedrine and LSD. And yet his talent got him out of some rough patches. As a child he designed window displays for businesses in Long Island City. After a stint at Parsons School of Design and later the Fashion Institute of Technology, he went on to design clothes and packaging for Revlon. Through this period he was fueled by speed and sex. After he lost a lot of weight (and six teeth) he quit drugs for good in 1970 and got his life on track as a window decorator for designer Henri Bendel. Over time he developed the ambition to make it in the film industry and moved to LA.

Schumacher started his film career as a costume designer and gave quick evidence of his range, dressing the WASPy characters in Woody Allen’s “Interiors” and creating the sci-fi look for his comedy “Sleeper.” The early work was a foretaste of a filmic style Schumacher would hone over three decades, splitting his time between a fashion-forward real world and flamboyant flights of fantasy. Schumacher also contributed to the scripts for Sidney Lumet’s “The Wiz” and the Harlem-set musical “Sparkle.” Then, his career as an auteur began.

His first hit was 1985’s “St. Elmo’s Fire,” a more adult vehicle for the Brat Pack that tackled substance abuse and privilege among a clique of Georgetown graduates. A melodrama, it was demure and grounded by the standards of his follow-up, the teen vampire romp “The Lost Boys,” which had a Robert Smith by way of glam metal aesthetic.

But Schumacher was nothing if not adaptable, and proved a capable journeyman, taking on the legal thrillers of John Grisham and a heightened study of white male rage in 1993’s “Falling Down.” Because of his flair for the dramatic, Schumacher was pegged to replace director Tim Burton in Warner Bros.’ “Batman” franchise. He was a controversial pick.

While 1995’s “Batman Forever,” with its garishly-colored street smoke and day-glo gangs, was a blockbuster, it was a decidedly different take from Burton’s gothic approach. Yet, when Schumacher made the follow-up, “Batman & Robin,” he perhaps over-corrected in his austerity, leading to the infamous “Bat nipple” breastplates. “I said, let’s make it anatomical and gave photos of those Greek statues and those incredible anatomical drawings you see in medical books,” Schumacher told Vice in 2017, explaining his directions to costume designer Jose Fernandez. “He did the nipples and when I looked at them, I thought, that’s cool.”

In an early instance of toxic fandom, many were decidedly uncool with the Bat nipples, perhaps perturbed that Schumacher — an out gay man in a Hollywood that was then largely don’t ask don’t tell — revived the homoerotic subtext to the titular crime-fighting duo. The box office receipts were subpar.

“After ‘Batman & Robin,’ I was scum,” Schumacher told Vice. “It was like I had murdered a baby.”

But Schumacher continued to work steadily, recalibrating to take on smaller and more modestly budgeted fare like the Nicolas Cage crime drama “8mm” and the real-time thriller “Phone Booth,” a 50-year-old Larry Cohen idea made just on the cusp of its dawning irrelevance. While his post-“Batman” period was more subdued, Schumacher did have another chance at high spectacle, adapting Sir Andrew Lloyd Webber’s “The Phantom of the Opera” in 2004. As with much of his filmography, these films were far from critical darlings.

Yet Schumacher insisted that his goal was to entertain his public: the man and woman on the street. It was a standard that can perhaps be traced to his days as a window dresser — and at least to his earliest major film.

“‘St. Elmo’s Fire’ didn’t get one good review in the United States,” Schumacher told Cinemablend while promoting his final film, 2011’s “Trespass.” “Even critics now who call it a watershed movie and talk about it glowingly and even interview me about it. But the audience got it. And I never planned to make movies for critics.”