To Bruce Springsteen, the Jewish writer of ‘Strange Fruit’ was the ‘Bob Dylan of his time’ 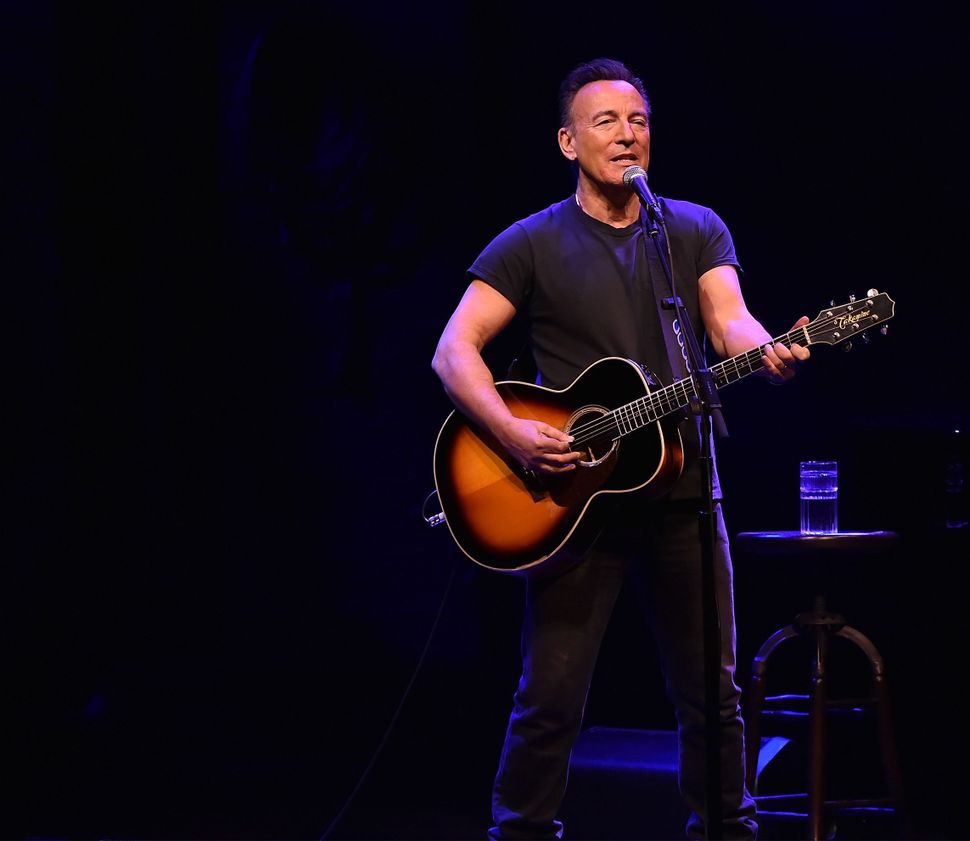 To quote the bard Adam Sandler, “Bruce Springsteen’s isn’t Jewish, but my mother thinks he is.”

When the Boss sat down with New York Times columnist (and debatable Jew) David Brooks to assemble a playlist for this moment of racial justice protests and social distancing, he picked two songs that were written by an oft-forgotten Jewish poet — Abel Meeropol.

The first was “Strange Fruit” as sung by Billie Holiday.

“It was written by Abel Meeropol in 1937,” Springsteen told Brooks in an interview for The Atlantic, naming the Bronx native who adopted Julius and Ethel Rosenberg’s children after their execution.

“Imagine writing ‘Strange Fruit,’ a song about southern lynching, and getting a popular singer like Billie Holiday to sing it in 1939. That was a very controversial recording. Her label, Columbia, did not want to release it. And she released it on another label.”

Springsteen called the song an “epic piece of music that was so far ahead of its time,” and one that “still strikes a deep, deep, deep nerve in the conversation of today.”

Yet it wasn’t the only Meeropol song that Springsteen queued up. “The House I Live In,” with lyrics by Meeropol and music by Earl Robinson, was originally written for a 1942 musical revue “Let Freedom Sing” before becoming the title song in a 1945 short film about anti-Semitism.

Meeropol was livid, however that the film omitted a line in the song that referred to “my neighbors white and black.” Yet history righted the wrong as Paul Robeson soon covered the song, bringing a different dimension to the tune, which is sung in the film by its star, Frank Sinatra.

“The Robeson version is quite, quite beautiful,” Springsteen said. “He was an interesting guy. He was blacklisted during the McCarthy era. He was an anti-fascist and took part in the early civil-rights movement, supported the Loyalists during the Spanish Civil War, and was a stage and film actor also. He had this incredible baritone that was just kind of room shaking.”

Robeson also had something of a Jewish history, but Springsteen admitted that when it comes to Meeropol, he didn’t know too much about him. But that didn’t stop him from offering up some high praise.

“I don’t know exactly who he was, but he was the Bob Dylan of his time,” Springsteen said. “He was writing incredible music.”

To Bruce Springsteen, the Jewish writer of ‘Strange Fruit’ was the ‘Bob Dylan of his time’