Why Roy Cohn, a bully and coward, was also a victim In 1988, Ivy Meeropol and her father, Michael, visited Washington, DC to see the massive AIDS quilt that covered the National Mall. The first panel they saw belonged to the man who sentenced Michael’s parents to death: “Roy Cohn,” it read in cut fabric letters, “Bully, Coward, Victim.”

“It was the first I thought about Roy Cohn since I was a kid,” said Meeropol, a documentary filmmaker and the granddaughter of Ethel and Julius Rosenberg. “He was just one of many bad guys in our history. That really stuck with me — wait a minute, that guy was gay and he died of AIDS?”

That realization informed — and gave the title to — Meeropol’s documentary, “Bully. Coward. Victim. The Story of Roy Cohn,” a deep character study of the infamous lawyer, who served as Joseph McCarthy’s chief counsel. It’s something of a spiritual sequel to Meeropol’s first feature, the autobiographical “Heir to an Execution” (2004), in which she investigated the Rosenberg case by interviewing family. But the film, which premieres on HBO on June 19, now has national implications that extend far beyond the pitbull attorney’s first infamous case.

Cohn may well be responsible for the current resident of the White House’s ambitions and much of his demagoguery. Donald Trump studied at Cohn’s feet, as did his associates Roger Stone and Paul Manafort. Cohn’s big lie tactics, lavish living and evasive tax maneuvers served as a model for Trump, another outer borough kid looking to embed himself in Manhattan high society.

Yet, through a wealth of archival footage and interviews with journalists, Cohn associates and “Angels in America” playwright Tony Kushner, the documentary shows how Cohn was distinct from his protege. A closeted gay man, Cohn was brilliant but also tortured. He was animated by the perception of Jews as communists and outsiders. He had an insatiable need for company. He may have made Trump, but he also made himself.

I spoke with Meeropol, director of the nuclear power plant exposé “Indian Point” and the political documentary series “The Hill,” about Cohn’s continued influence in Washington and what it means for her latest film to arrive in the middle of Pride Month and a nationwide confrontation with racism. The following interview has been edited for length and clarity.

PJ Grisar: The film begins with footage of you as a child explaining what happened to your grandparents. Do you remember when you first heard about their trial? 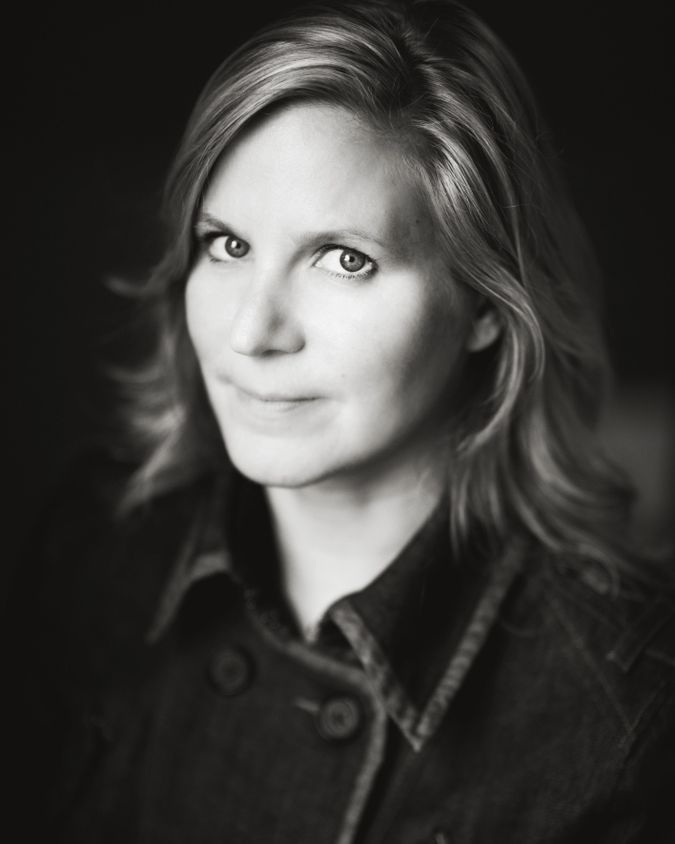 Ivy Meeropol: The family story is I was really young and I started asking my father, who I knew was adopted, “what happened to your other parents?” And he and my mother decided to tell me, because I kept asking, basically “Well, there’s this thing called the electric chair.” And I think that was enough for my young mind to try to absorb at the time. So that was the beginning, but I grew up with the whole period of my father and my uncle trying to reopen the case. That was a large part of my childhood.

What prompted you to revisit Roy Cohn — was it just the rise of Trump?

I was thinking about making a film about him for a while, but I kept hesitating and rejecting it because I didn’t really want to revisit my family’s story. What really interested me in Cohn was not necessarily anymore what happened to my grandparents — I had dealt with that. I was more fascinated in digging up more about his secret life as a gay man and what that meant. Donald Trump was the final straw. As soon as he was elected I did have that feeling that the ghost of Roy Cohn is moving into the White House and a lot of people don’t know what that means.

A lot of people I’ve spoken with attribute the way Cohn was to self-loathing, to the shame of the arrest of his uncle, Bernard Marcus (a banker who was made to take the fall for the Depression) to having something to prove. What do you think motivated him?

He’s also a product of his time in the sense of being a Jewish person when Jews were associated with being communists. [He was] someone who wanted to be seen as a “Good Jew,” an anti-communist Jew. It’s not that he was a self-hating Jew. I think he was very proud to be Jewish and he was very pro-Israel, and he very much indentified [as Jewish], which wasn’t easy during that time either. He’s got two strikes against him: he’s Jewish and he’s gay, but he’s trying to fit into this reactionary conservative world. I think both of those things contributed to how he treated other people and how he tried to amass power to protect himself.

Did your perception of him change in pursuing this film?

Yeah. I never wanted this to be seen as the Rosenberg revenge film. I think as I delved deeper into the life he led in Provincetown [Massachusetts, a gay enclave] I got beyond the simplistic label of being “evil.” That [label] doesn’t help because it dehumanizes him and that doesn’t serve any of us. It’s not forgiving him, but it’s understanding that he wanted to be free too. We do ourselves a disservice if we do the same thing that he might have done to my grandparents, to other communists and Jewish communists, which is dehumanizing them so that we can control them.

There are the three words on the AIDS quilt that are the title of the film — it’s clear how he’s a bully and a coward — how do you see him as a victim?

He had to take such great pains to hide. He goes to DC and he’s working for McCarthy and this is during the Lavender Scare and I think about how dangerous it actually was to be gay in Washington specifically. Men getting beaten up in Rock Creek Park. More people were run out of the government [for being gay] than communists and there’s Cohn who’s falling in love with G. David Schine. I tried to really have some empathy for what it would be like to have to do that for his whole life. For me he’s a victim of larger anti-gay bigotry that we know continues. It’s not just that he was a hypocrite; it’s that he was a tortured soul.

You had a career in politics as well, working as a speechwriter and legislative aide to Congressman Harry Johnston. Is that a place where you still see his influence?

I always was aware when politicians and those with power and money try to divide us by using the same kind of language of the Red Scare. Even when I worked in politics so many years ago there was a spate of anti-immigration attitudes and then post-9/11 going after Muslims. The way that we exploit that kind of language to stoke fear and anger is in service of people who want to stop change and stop protection under the law. Trump is doing the same thing.

Do you think Trump would be Trump without Roy Cohn?

I didn’t know the extent of Cohn’s influence over him when we embarked on the film. Who else but Cohn could have vouched for [Trump] in the Reagan White House and introduced him to all those people he ended up connecting with who reared their ugly heads again and helped him get elected like Manafort and Roger Stone? It’s all the same crew. I think there’s a real possibility that without Cohn, Trump would have never been convinced that he could be in those worlds if it wasn’t for Cohn being out there setting up those interviews and introducing him to all the right people and telling him he’s a genius — which Cohn is too smart to really believe, I think.

It was interesting to see Alan Dershowitz calling Cohn a once-in-a-generation opportunist and then cutting away to his recent client — the president.

We did that quite purposefully. I didn’t realize that it would be as easy to get Alan Dershowitz to talk to me as it seemed to be.

This arrives on Juneteenth, during Pride month and in the midst of another American reckoning with racism. Your father’s adoptive father was Abel Meeropol, who wrote the song “Strange Fruit.” What do you think he’d make of what’s going on today?

He was the grandfather I knew. I think that he would be shocked and horrified that Black people are still being lynched, basically, and that his song is still so relevant today. But I also think on the other hand it’s really inspiring and encouraging to see so many people all over the world saying “It’s enough, we’re not going to stand for it anymore.” And that there’s white people standing up too, and it’s not just Jewish white people, the traditional coalition. It’s just getting bigger and bigger and I think he would be hopeful because of that.

Why Roy Cohn, a bully and coward, was also a victim