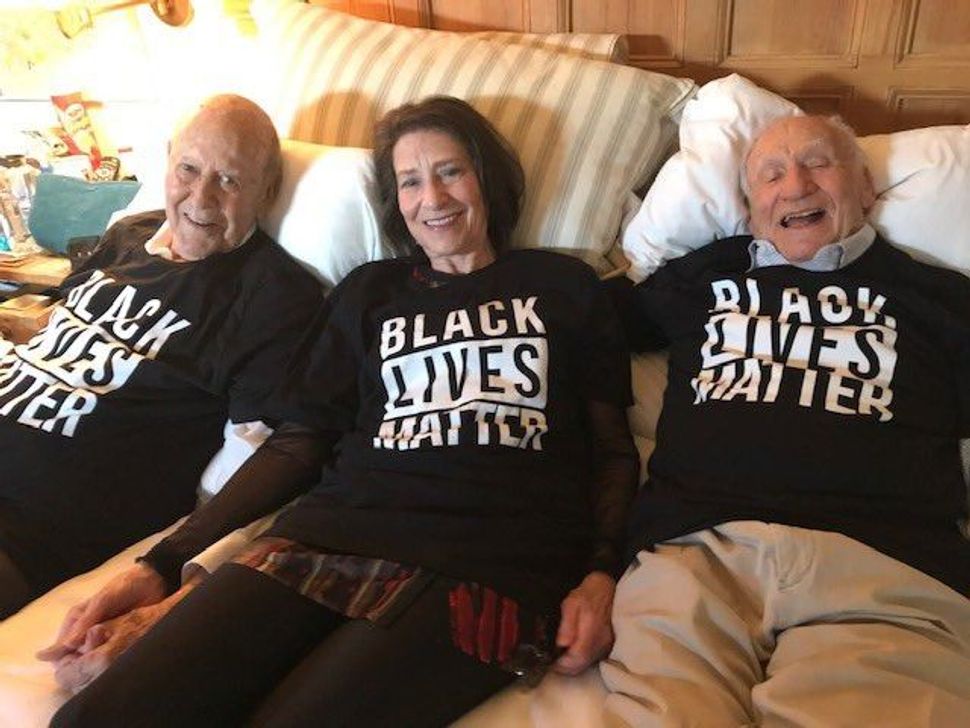 In a photo that appears to have been taken during Mel Brooks’ 94th birthday celebration on June 28, the director and his lifelong friend, collaborator and dinner companion Carl Reiner and Reiner’s daughter Annie were seen sporting Black Lives Matter t-shirts.

It’s not all that surprising that Brooks, who directed the anti-racist romp “Blazing Saddles” would support the BLM movement. The voice of the “2,000 Year Old Man,” and his interviewer, Reiner, have been around long enough to know that systemic racism hurts everyone — but particularly people of color.

The real mystery comes with the second picture, which shows Brooks’ manager George Shapiro, Brooks, Reiner and Annie Reiner toasting to another year of Mel.

What exactly were these folks noshing on for the festivities, which appear to have occurred at Brooks’ home. We only see them sitting down for soup. Thanks to Jerry Seinfeld’s “Comedians in Cars Getting Coffee,” we know that Reiner is partial to tongue while Brooks likes to get a Chicken in a Pot.