In Nazi-era Austria, he needed a father; he found Sigmund Freud 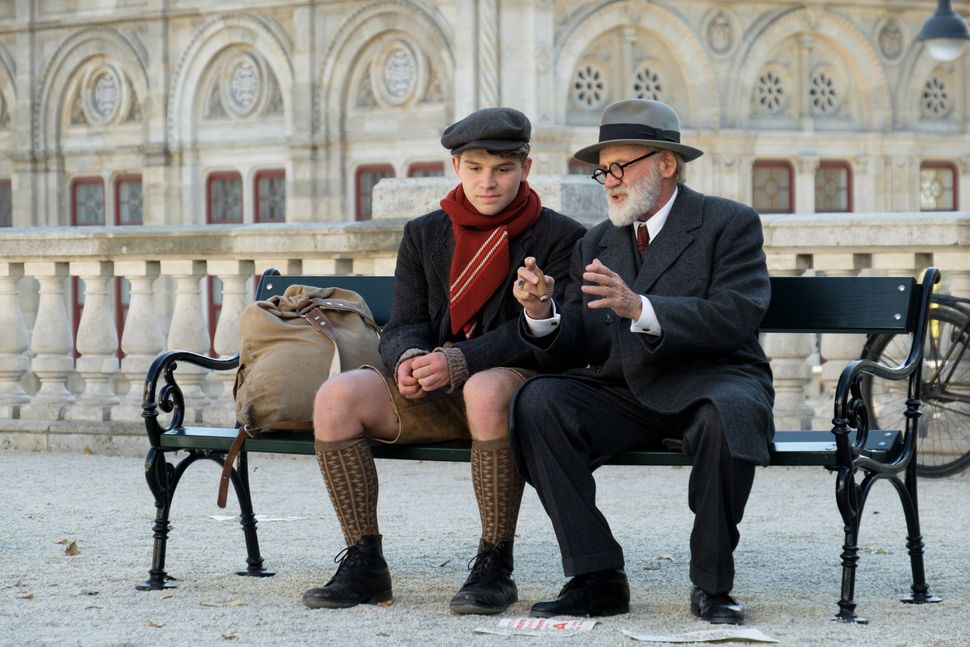 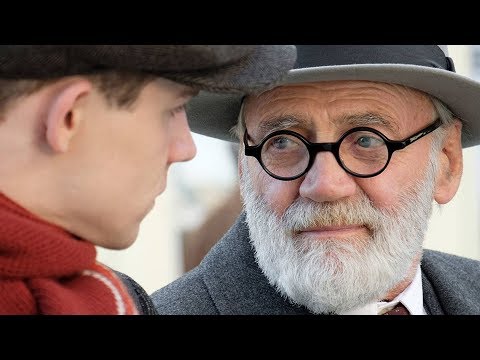 Visually the film is stunning. The opening scene in the pastoral world of Attersee — far removed from Vienna — sets the surreal tone that defines much of the film. Beneath the idyllic surface, there are dark undercurrents. Franz is swimming in the murky depths of a large lake as a thunderstorm erupts overhead. He charges out of the water and within short order his mother’s latest sex partner dashes into it and is electrocuted by a flash of lightning.

Franz’s mother (Regina Fritsch), who can no longer afford to support Franz, sends the reluctant boy to Vienna to serve as an apprentice with one of her former lovers, a tobacconist. Otto Trsnjek (Johannes Krisch) is a gruff, world-weary vet who lost a leg in World War I. He is also an innately moral figure who has no problem selling to Communists and Jews, including his frequent (and most controversial) patron, the founder of psychoanalysis, Sigmund Freud.

Both Otto and especially Freud become father figures to Franz, though he is particularly drawn to Freud. He trails after the professor seeking advice on his unrequited love/lust for a Bohemian immigrant, a low-level cabaret performer named Anezka (Emma Drogunova). She, like his mother, may or may not be a hooker but clearly has had many partners and is sexually well-schooled. Several years older than the virginal Franz, she flirts and toys with him. Not to put too fine a point on it but she bears more than a passing resemblance to his mom.

Freud rather enjoys his budding relationship with the young man even as he grapples with his own precarious position as a Jew in Vienna. Throughout, his own family including his daughter Anna (Karoline Eichhorn), an important psychoanalyst in her own right, urges him to leave the country. In the end, he and his family are London-bound. The film is notably successful in its low-keyed depiction of encroaching anti-Semitism in Austria on the cusp of German occupation and then its metastasis, which meets little resistance. Nazi flags slowly materialize on city-owned buildings while locals sporting swastika armbands greet each other with “Heil Hitler.” Otto’s store is vandalized, bloodied animal innards strewn everywhere. His crime: he serves Jews.

The events are viewed through the eyes of Franz, an outsider and a young Gentile, who initially has no stake in any of it. That is, until Otto is arrested on the grounds that he sells pornography to maintain the patronage of Communists and Jews; the cruelty of his arrest can be seen Otto’s two crutches that remain propped up against the wall in the store after Otto is taken into custody. He is not even afforded the dignity of keeping his crutches. Franz morphs from an observer to an activist in his futile attempts to get his friend released, his own sense of decency violated at every turn.

What transpires between Franz and Freud is the film’s central relationship and it’s an intriguing conceit. Freud has frequently appeared in works of fiction — for example, in the film, “A Dangerous Method” and the long-running, heady Off-Broadway play, “Freud’s Last Session,” about an imagined encounter between Freud and C.S. Lewis. Still, like all historical fiction it’s also problematic, constantly raising the question of what is and isn’t accurate. According to Leytner, Franz is a fictional character and the relationship between the two is wholly imagined. Even so, Freud’s relationship with the fictional Franz, who is naïve, trusting, and determined to learn as much as he can about life, rings true oddly enough.

And so do the Freudian motifs that are scattered throughout, including nightmare sequences and stream of consciousness imagery awash in drownings, looming ice boulders, dead animals and ominous spiders. These images — indeed, the entire universe Franz inhabits — literal as well as metaphorical, are remarkable thanks to cinematographer Hermann Dunzendorfer and production designer Bertram Reiter.

The direction (specifically the slow-building momentum) and acting is spot-on. Morze is especially impressive as a youngster who moves from fear and innocence to maturity, commitment and personal sacrifice. Fritsch and Drogunova make all too real the cost of survival for women at the bottom; Drogunova’s playfulness is at once calculating and poignant. But in the end the film belongs to Ganz. Playing Freud in his final film, he is virtually unrecognizable. His Freud is a sensitive, thoughtful figure with a touch of humor. His transformation into a character far afield from any that he has played before is a fitting coda for this consummate actor.

Simi Horwitz won a 2018 Front Page Award from the Newswomen’s Club of New York for her Forward story, “Ruchie Freier: Hasidic Judge, American. In 2019, she received a first place prize from the Los Angeles Press Club for “Reviews-TV/Film, All Platforms,” at the Southern California Journalism Awards. In 2020 she received first place prize for film reviews from the National Headliner Awards.

“The Tobacconist” will be released on various virtual platforms, including the JCC and New Plaza on July 10. .

In Nazi-era Austria, he needed a father; he found Sigmund Freud