In the 1920s, a Black cantor moved the world In June, Henry Sapoznik was scrolling through Facebook when he saw something he’d been seeking for mpre than 40 years: a 1923 recording of a man named Thomas LaRue, credited as “Der Shvartze Khazn” or, “the Black Cantor.”

“I fell out of my chair,” said Sapoznik, a music producer, performer and musicologist who first learned of the Okeh record in the mid-70s when he was working on a discography of Jewish music. The listing made him do a double take — a Black cantor from the 1920s? Sapoznik, whose late father was a khazn of the old school, saw nothing else like this recording in his research and expended considerable energy trying to track it down. But since it was old and not a huge hit, the search soon proved to be close to impossible. Four decades later, Lorin Sklamberg, Sapoznik’s successor as sound archivist at YIVO, posted the record online. YIVO acquired the disc some time after Sapoznik left in 1997 and it sat unregarded in the collection for years. He had just missed it.

When he finally got the music, Sapoznik was excited — and scared.

The offensive novelty potential was certainly there. Acts like Peter Chan, aka “Der Yiddishe Chinaman,” had some currency during the heyday of Yiddish vaudeville. But La Rue’s “Shvartze Khazn” moniker also raised alarm bells. The word “shvartze,” which means black, is now acknowledged as a Yiddish slur for Black people. But Sapoznik said that the word was not being used pejoratively or derisively in this historical context, though others may differ.

The Yiddish press, quoted at some length on Sapoznik’s newly-launched blog, were floored by La Rue’s performances — and not just because he was Black. 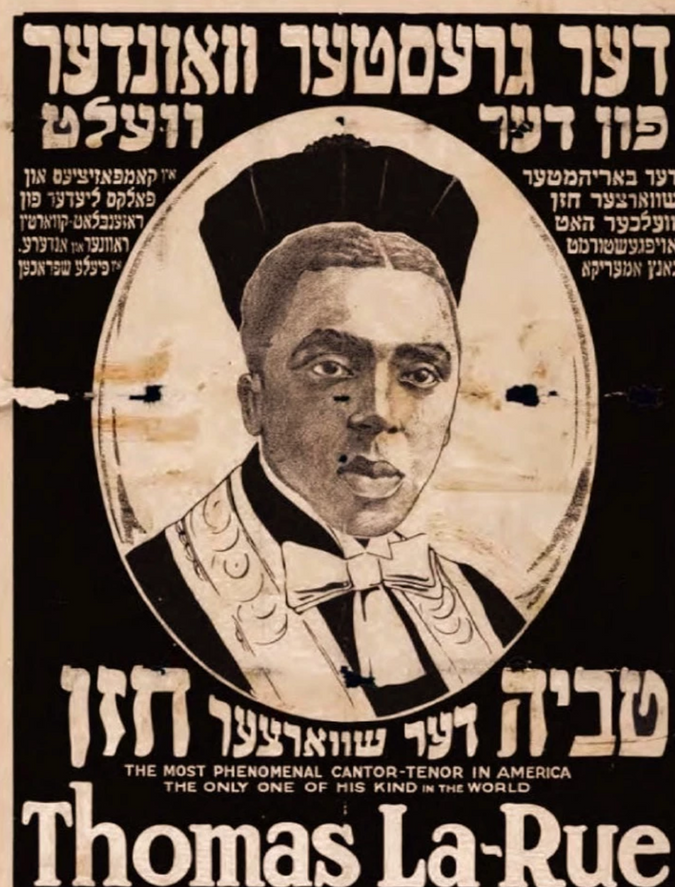 “This, however, was a new ‘Eli, Eli’ by a Black cantor which was so very heartfelt, and which drew so deeply from Jewish martyrdom, the Jewish cry, begging God why he has forsaken him, and producing from this song what even the greatest opera singers could not. Every person in the theater was transfixed by the Black cantor’s powerful poetic harmony.”

Yet while LaRue was celebrated in his time, he remains something of a cipher. Biographical details are scant, but he appears to have been born in Newark, N.J. to a non-Jewish mother.

“She lived in Newark where she found race prejudice to be very strong,” LaRue told The New York Age, a Black newspaper in 1922. “She could make friends only with Jewish women preferring the company of Jews to Christians.”

While it isn’t clear if LaRue’s mother converted, the article contends that she insisted he have a Jewish primary school education, be able to pray from a siddur and have a bar mitzvah in his 13th year. LaRue appears to have been brought up in a white Jewish milieu, and his notices, mooning over his voice and its fidelity of sound, bear the proof of it.

“He lived in a Jewish soundscape,” Sapoznik said.

LaRue wasn’t the only Black cantor of his day, but he is nonetheless anomalous — not only was his voice immortalized on a 78 rpm record, he came from a wholly different tradition than his contemporaries.

As Sapoznik details in his first blog post, the early 20th Century and the Great Migration gave rise to a number of Black synagogues in Harlem, then also a heavily Jewish enclave.

Many of these shuls had a recognizable Jewish liturgy, with services in Hebrew, but the proceedings were also imbued with the Black experience. Many congregations derived Judaism from their Jewish neighbors — whose Zionist ideals might have appealed to early notions of Black nationalism. Others, founded by West Indians, may have been formed by descendants of enslaved people whose slaveholders were Jews. Whatever their origins or customs, a cantorial culture emerged. 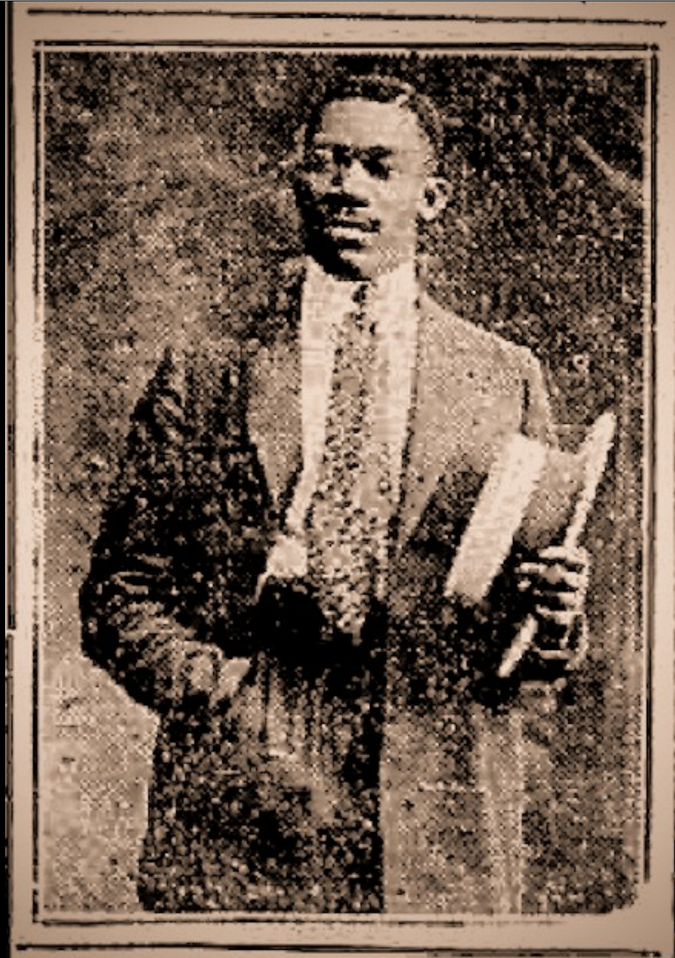 A cantor named Mendel, fluent in both Hebrew and Yiddish, and specializing in Yiddish songs and cantorial prayers. Image by Courtesy of Henry Sapoznik

One of the cantors was a Barbados-born man named Mendel, who performed in the Yiddish theater and specialized in Yiddish songs and cantorial prayers. Yet another — and certainly the most fascinating — was an Ethiopian calligrapher named Dovid Ha’Cohen who claimed to have known 29 languages, been educated in Paris and Palestine and apprenticed with a Russian cantor. According to a Variety article from the time, Ha’Cohen made the vaudeville circuit in 1921 and, from what we can tell, he ended his career leading the congregation of the Universal Ancient Ethiopian Spiritual Church of Christ in Hebrew prayer.

But LaRue doesn’t appear to have been affiliated with Black synagogues. In fact, he may not have been part of any congregation at all after childhood.

“He invented himself it seems by not having a synagogue, by only existing in the popular world,” said Sapoznik, noting that, as a Black man, he’d never have a chance at the pulpit in a White temple. “He existed on the periphery of immigrant Ashkenazic life — immigrants for whom the language and the culture around the language was foremost.”

Another musician, stride pianist Willie “The Lion” Smith, also from Newark and born to a white Jewish father and Christian mother of Black, Spanish and Native American heritage, had a similar experience to LaRue, attending synagogue with his white Jewish neighbors. But while he listed “Hebrew cantor” and “Yiddisher khazn” on his business card (and popularized the aforementioned “Eli, Eli” for Black singers), he was better known for tickling the ivories in a Jazz context. According to Sapoznik, LaRue appears to have only ever performed in the Jewish sphere, singing Jewish music.

He started early. One oft-circulated origin story states that LaRue was at a Shabbat service as a child when a cantor suddenly took ill. LaRue was said to have enveloped himself in his tallit and rushed to the bimah to replace him. So wonderful was his voice that the initially-angered congregants began praying along with him. 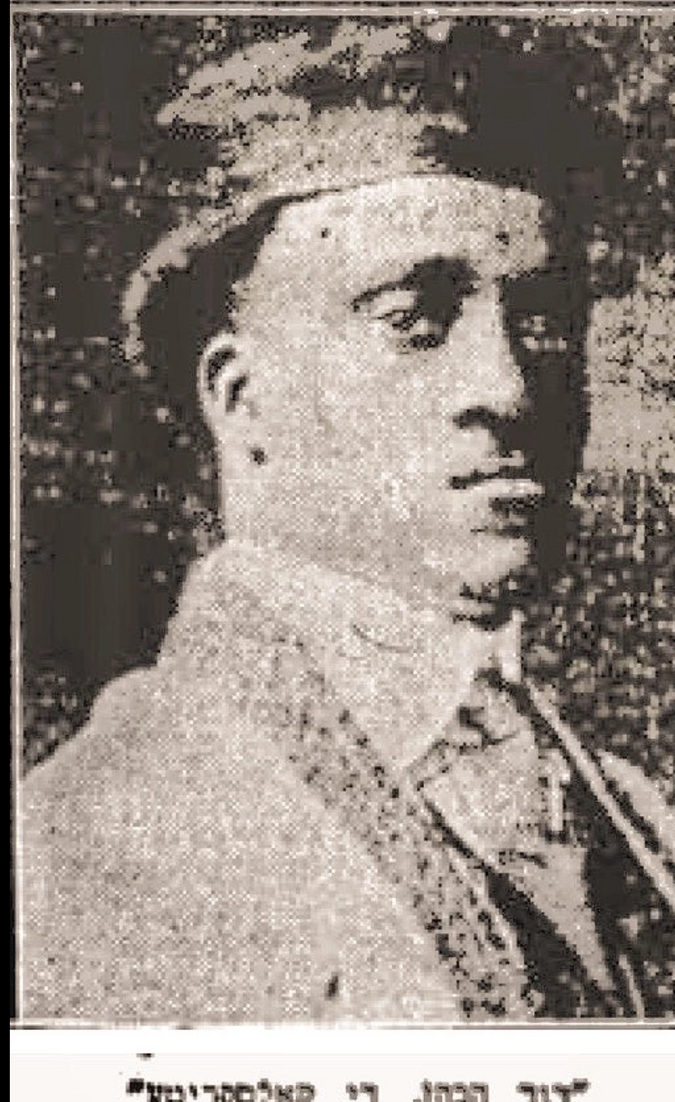 A cantor named Dovid Ha’Cohen, who went by many other names over his diverse career Image by Courtesy of Henry Sapoznik

LaRue signed on with a concert agent, and toured the vaudeville circuit with Yiddish songs before making his mark in New York’s Yiddish theater in a number of new plays with famed producers Goldberg and Jacobs. He also played vaudeville houses before eventually embarking on a tour of Europe, causing a stir with the Yidden of Poland.

But none of Sapoznik’s research — not the glowing reviews or the potentially apocryphal biography — could prepare him for hearing LaRue’s voice for the first time.

“I didn’t realize that I was holding my breath,” Sapoznik said. “When the music started, it sounded so familiar. The acoustic nature of it. Even the sound of the ensemble was incredibly familiar. But then this voice comes out. I can’t compare it to any other commercial singer – you know, a Molly Picon or Aaron Lebedeff. It was this unique and present voice that now, all of the reviews that I’ve read about these gobsmacked Yiddish newspapermen — all of their high praise was not misplaced. It was reportage!”

Sapoznik said LaRue’s phrasing and tonalities — the hard parts of nailing the sound — were immaculate.

“I think that’s what flipped the Jewish listeners out,” Sapoznik said. “He could say a ‘chet’ with the best of them.” 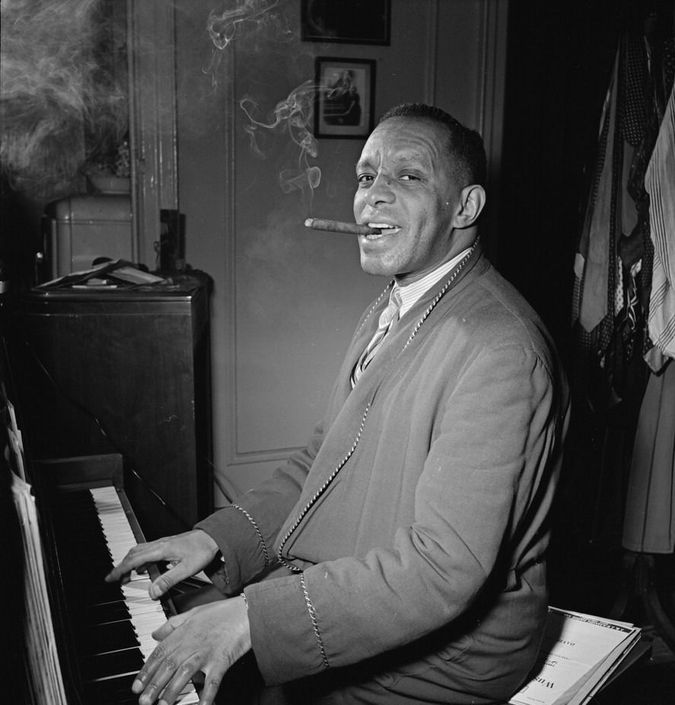 In one of LaRue’s cantorial offerings, “Misratzeh B’rachamim” a horn-forward opening yields to an expansive tenor, masterfully maneuvering through precipitous key changes and dynamic melisma. It’s good — moving even — but it sounds at home with other recordings of cantors.

On the flip side, though, LaRue sings an original Yiddish song, “Yidele, Farlier Nit Dein Hoffnung.” While the instrumental quality sounds comparable, the singing is something altogether different — rich and remarkably expressive. The voice is at once twangy and powerful and, most remarkably, it cracks periodically. It would be a disservice to the recording, however, to call that crack a fault of the type one hears routinely during a bar mitzvah boy’s haftarah. The crack — which is unmistakable in the final note — is emotive, giving the impression that LaRue unloaded all of his energy and vigor into the take.

“To hear Yosselle Rosenblatt coming out of Thomas La Rue didn’t freak me out,” Sapoznik said, referring to the famed cantor of the same era. “But this Yiddish song on the other side — I don’t hear anyone but him and it is such a unique voice.”

Since receiving the recording, Sapoznik has been revisiting research he hasn’t looked at since “the Carter presidency.” He’s been flooded with messages from Black visitors to his blog, where he is still in the midst unfolding LaRue’s fascinating and ultimately bittersweet saga. Many reaching out are surprised by the level of cultural symbiosis between Black people newly-arrived in Harlem and their white Jewish neighbors in the early part of the 20th century.

At a moment when Sapoznik sees fissures between these communities, he finds the work of exploring their common past particularly meaningful.

“The received history of this time has been so narrow that episodes like this, that talk about a grassroots level of interaction, are priceless,” Sapoznik said.

Yet LaRue was just one piece of a larger musical tradition of his time, when Black men (and some women) moved multitudes with Hebrew prayers and songs in the mamaloshen. There were others.

“I just wish they were recorded,” Sapoznik said.

In the 1920s, a Black cantor moved the world