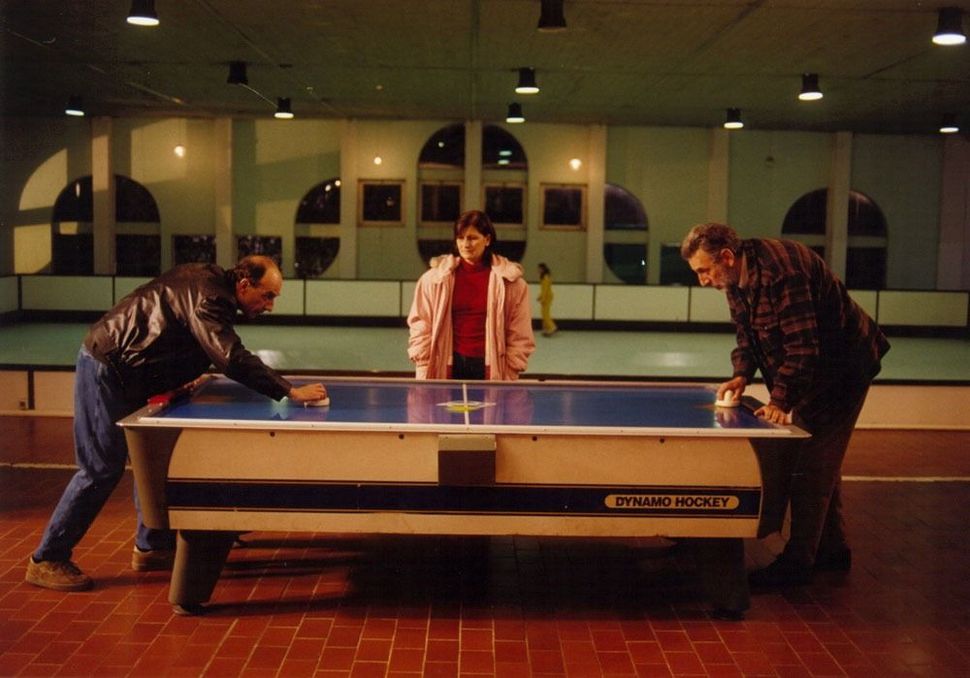 In Latin America, when the camera flashes, you don’t say “cheese”; you say ‘Whiskey.’”

That invented social artifice, which makes it appear in photos as if we are living a moment of “joy” as the mouth creates a smile-like shape, has a lot to do what happens in “Whiskey,” a 2004 film set in the Jewish community of Uruguay.

It’s not common to see stories about the Jewish Latin community, as “Latinos” are often placed in one big stereotype that is very different from the big Jewish stereotype. But after World War I and II, after the U.S. imposed quotas on European arrivals, many countries, especially Brazil, Argentina and Mexico, opened their borders to Jews. Even though Latin American countries are mostly Catholic, and Jewish Latinos tend to get ignored in their stories, Jewish artists and scientists alike have marked the history of these countries. Many filmmakers are telling their stories using the contrast of their Latin surroundings to make exceptional and tremendously entertaining films.

Directed by Juan Pablo Rebella and Pablo Stoll, “Whisky” is told with minimalistic dialogue, and long silent sequences that give meaning, layers and colors to the otherwise gray story of Jacobo (Andrés Pazos), the owner of a small stocking factory who divides his lonely life between his house and his job. But the arrival of his brother Herman (Jorge Bolani) who has lived in Brazil for many years, changes the monotony of his daily routine.

In order to impress Herman, Jacobo pretends that he’s married to Marta (Mirella Pascual), his trusted employee to whom he barely speaks. But as is usually the case with these sorts of impersonations, the situation gets out of hand.

The tension between the characters becomes humorous almost accidentally. It arises from exposing the absurdity of social conventions that guide daily life, and how these conventions are often used as patches to cover something far more complicated.

Why revisit a 16-year-old Uruguayan film in these very confusing COVID-19 times? Because it presents a portrait of how many people are living now in confinement and how to search the ironies of our own paradoxical existence. This film radiates loneliness while visually defining melancholy in a clever and humorous way. The powerful and sensitive cinematography offers a complex story of mistakes, humor, tenderness and wisdom.

“Whisky” explores the effects of being bounded, of feeling stuck in the same daily routines, as if we were stranded at a station anxiously waiting for a train that doesn’t come. This film reminds us in an enchanting manner that even if the little things that happen in our humdrum life seem insignificant and futile, someday they will have meaning and maybe, in the future, we will look back and smile at them.

Time changes memory. We find identity and comfort in our past, and so, we cling to it, and try to make it fit our present needs. As humans, we need to remain, to say we lived, to have evidence of our existence. We hoard and pack memories every day; we store our auditory, visual, olfactory and tactile memories. We can’t escape them even if we want to; they run back with all type of tricks and shapes, so we don’t forget. We create all manner of physical methods to have evidence of the ephemeral. Sometimes, we even try to recreate these memories as if they were still photographs, but as Jonah Lehrer wrote in “Proust Was a Neuroscientist,” “a memory is only as real as the last time you remembered it. The more you remember something, the less accurate the memory becomes.”

Tatiana García-Altagracia is a film and media producer based in New York and Mexico City. She is also the host and producer of the Podcast “Negritud” at Convoy Network. T