In my life, there were two Bob Dylans — my father’s and mine 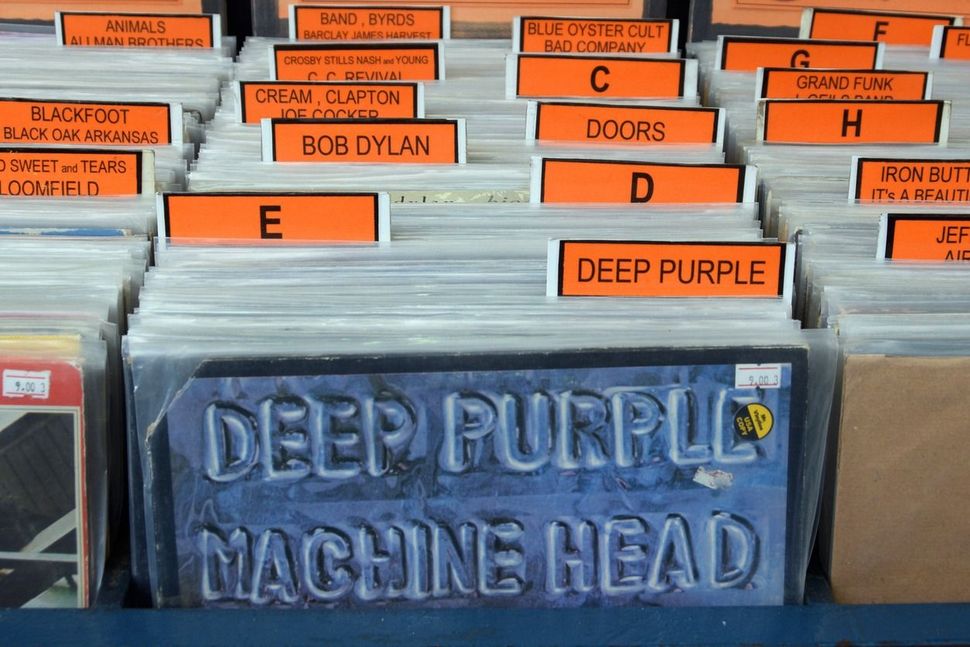 The sounds of a big house in the south of Mexico City. A house full of books, albums, paintings, sculptures and dust. This was the place of my dad, a place filled with music, ideas and wonders.

My Dominican mother decided to move here after living in D.R, U.S.A and the late USSR; and by the time she met my father she already had a son and I was on the way. Jaime (Ha-i-me) on the other hand, was the son of Russian Jewish immigrants who had lived in the city for a while; he had traveled all around the U.S.A. surviving as a TA at Harvard and after some years he headed to Europe. He lived the bohemian life, worked and lived in Shakespeare & Co Bookshop and made some money taking Chemistry exams for people. By chance encounter, they met and later on and fell in love.

Jaime was not my biological father, but ever since I can remember, I thought of him as such. We had a special bond, he always embraced me as his daughter, and taught me that life could be unstructured, but one should always be aiming to get places. Jaime and I often had long conversations, about his Jewish heritage and history, about love, music, philosophy and literature. He encouraged me to be as curious about all the possibilities my mind wanted. He was my real dad, a man who chose to love me against all odds. He was truly the epitome of a rebel without and at the same time a cause. He broke all the standards and demands becoming a free soul that lived in the U.S.A and Europe. He studied hard, but also partied hard.

Our house, whose soul contained the scratching melodies of an old vinyl player in the middle of the living room, was always, for me, a reminder to not take life for granted. It is in this emotional embrace that the soundtrack of the early years of my life will always begin, with the music that my father played at home and on endless road trips. Bob Dylan was the narrator of his life.

I thought it could be easy to explain in simple lines the two Bob Dylans in my life, The one of my father, who he admired, followed and played endlessly at home, and the Dylan I got to experience and embrace “on my own.”

It’s 1998, I’m 18 years old and the idea of a global world is kicking in, one movement followed by another. Grunge was born, and grunge died, individualism was reinforced, labels were demolished, values were left to doubt. We couldn’t live the 60’s or 70’s of our parents, nor the superficial confused 80’s childhood, so we were left full of doubts mixed with an existentialist fog, questioning where ideals laid and made art out of it.

I always heard Dylan as the utopian life my father believed in, filled with conviction, purpose and breakage of all conservatism. A life where love was meant to be chosen and given out freely. But I wasn’t the girl in those lyrics, the skinny, long-legged, ethereal Northern, passionate comprehended woman that could be one of his muses. The world had changed, and I could no longer accommodate Dylan’s body of work into my own experience. I was an Afro-latin girl developing and struggling to find her own identity within my skin color and full body in a depressed inner world that didn’t make sense. It felt like a long-lived false utopia of a man’s world.

“I always heard Dylan as the utopian life my father believed in, filled with conviction, purpose and breakage of all conservatism. But I wasn’t the girl in those lyrics.”

But when “Time Out Of Mind” came out, for the very first time I heard Bob Dylan with my own soul. Bob Dylan had decided that the world could be listening after all. Using the pseudonym Jack Frost, he made an album covered with a dark aura and the vision of a 56-year-old man, with the gaze of a peregrine falcon who scrutinizes and feels the problems, the deception, the lack of authenticity, everything intertwined with the beauty and positive things in life.

It is surprising, sepulchral, it echoes, it has life, it beats. The songs are compact, we listen to organs, keyboards, frenetic strings to strum, a little time to slide guitars. We have 11 works of art, the ballads; that one song that marked my enchantment “To Make You Feel My Love” was for me the anthem of coming to learn and view the world I was unfit for and what my expectations were, that my childhood was long gone and the future was so uncertain that nothing was granted. Besides thinking of it as a romantic relationship song I felt it like a note extracted from my journal dedicated to the world, wanting to be accepted by it. You find on this album roughness, babbling, authenticity, passion. Rough tracks, where guitars sound like sandpaper, a rusty knife scraping a metal sharpening stone. Ending with “Highlands”, a narration of various life experiences of an author who wraps it in a perfect bow. 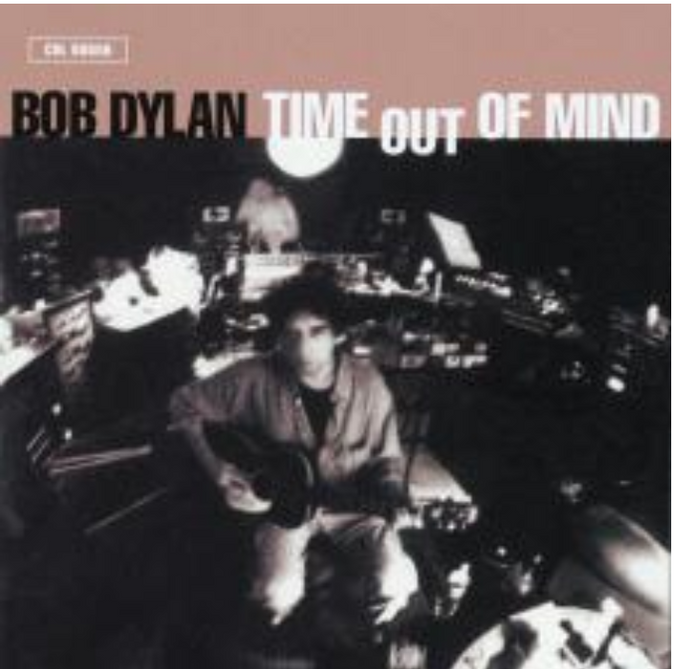 Time Out of Mind: Dylan’s 1997 album marked the first time the author was able to find her own version of the artist to embrace. Image by Columbia Records

“Time Out Of Mind” reinforced for me that we are all transforming and being molded by life, that we are the authors of ourselves and that this process is messy and confusing. We are all supposed to be here, and it is within the comfort of thinking that all is set and done that boredom and dullness arrive. The Bob Dylan of my dad was the one that told the story of his life drifting, constantly changing in his perspective of being a rolling stone. My Dylan is the one who alludes to the wisdom and guidance to know that even through the years, we can stand confused and be transformed. As he even proposes in “Tryin’ to Get to Heaven,” a confident voice of only one thing: “When you think you’ve lost everything, you find out you can lose a little more.”

The body of work that he has created is proof of time, of life experienced and lived against being analyzed, we’ve grown with him, and he has a perfect way of expressing it, like a medieval troubadour courting life, the perfect witness and acknowledging that there’s a Bob Dylan for all and that is where his greatness lies.

Tatiana García Altagracia is a film and media producer based in New York and Mexico City. She is also the host and producer of the Podcast “Negritud” at Convoy Network. twitter @Tatatiu

In my life, there were two Bob Dylans — my father’s and mine