The best Dylan comeback album featured no Dylan songs at all 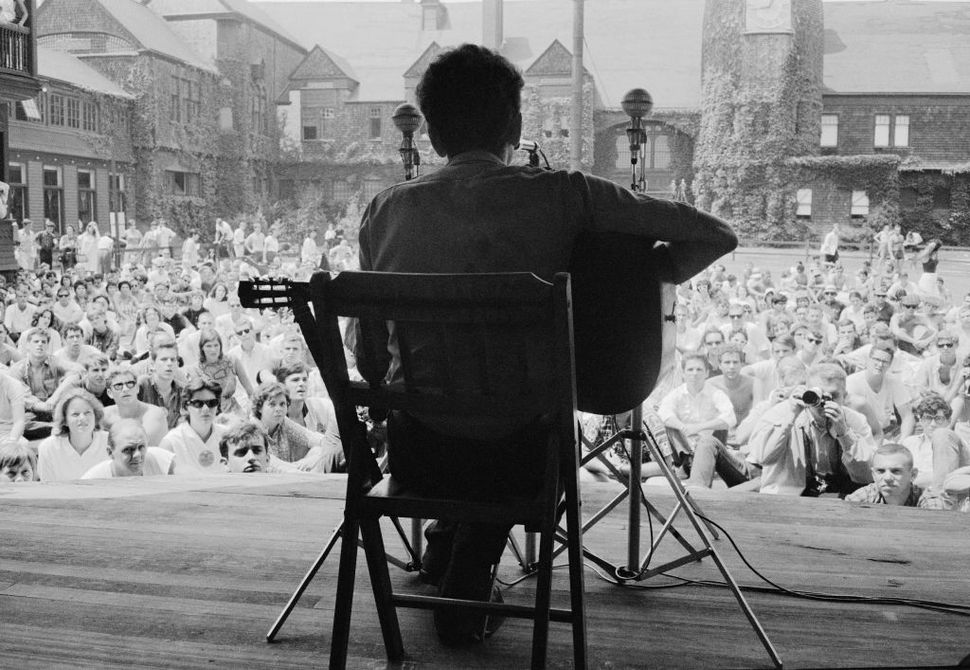 Bob Dylan always liked stories about people who get up and go somewhere, and then come back. They are constructs about change; in the end, the subject comes back — and is a different person. For a young man thirsting to grow, you can see the appeal. Indeed, “A Hard Rain’s a-Gonna Fall,” one of Dylan’s earliest songs about a journey like that, leaving the apocalyptic stuff aside, can be read as a simple story of a kid coming back to tell his parents what’s what. It’s not surprising such a tale resonated in a generation beginning to make its influence felt on the world.

The trope goes through a lot of his work; what might be his best album, “Blood on the Tracks,” begins with his most famous song along those lines, “Tangled Up in Blue” (“So now I’m going back again…”) and the bloody centerpiece of the followup, “Desire,” contains his most scorching one (“Isis”: I went back to find Isis / Just to tell her I love her”).

Dylan drifted after those albums. His most resolute work in the years since may paradoxically be an album of songs written by others. In typical Dylan fashion, the road to it wasn’t easy. In 1992, Dylan recorded a bunch of folk songs at his home studio, and gave it to Columbia as his next album. It was called “Good As I Been to You” and it sounded then, and still does today, dumb and callow.

But then the next year he recorded, submitted and released … another album of covers, these more from the realm of deep and forgotten folk blues, and this one cut to the bone.

The result was “World Gone Wrong,” a song cycle about blood, death, impotence (over and over again), blindness, homelessness, prostitution, perhaps even incontinence, and journeys as well. It all added up to a much more convincing (and corporeal) bundle of sins that he could muster in his so-called Christian albums. 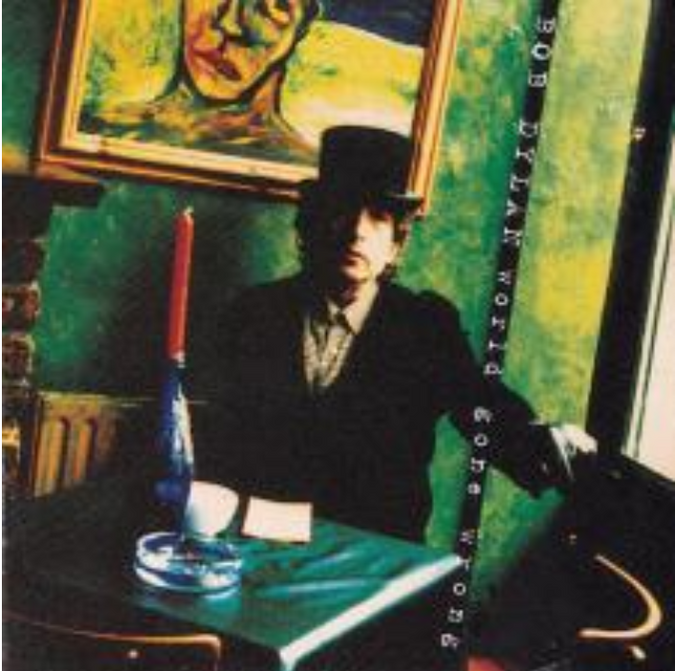 World Gone Wrong: Dylan’s collection of covers was a song cycle about blood, death, impotence, blindness, homelessness, prostitution, perhaps even incontinence, and journeys as well. It all added up to a much more convincing (and corporeal) bundle of sins that he could muster in his so-called Christian albums. Image by Columbia Records

The performances framing this devil’s carnival are resolutely acoustic, nothing but a lone man and a lone voice articulating the songs with the help of a guitar and occasionally a harmonica. Some tracks are traditional ballads, like “Two Soldiers,” which is apparently a Civil War-era song passed on to him by Jerry Garcia. It’s about a soldier who asks a friend to take word back if he dies in battle. Both men, in the end, are killed, and there’s no one to take their tales home. Dylan singing is delicate and respectful; there’s no sign of the bleating and blurred syntax of some of his other work, on stage and on record, around this time.

The other songs lean more to the sanguinary. There is a run at “Stagger Lee,” a blues classic about the killing of a man named Billy by a man named Stagger Lee. The song has a history so deep, and a story encompassing so many tendrils, that there are literally books written about it. Dylan takes on a “Stack a Lee” version, concentrating, Coen Brothers-like, on a piece of haberdashery:

Stack-A-Lee turned to Billy Lyons and he shot him right through the head/Only taking one shot to kill Billy Lyons dead./All about that John B. Stetson hat.

The title of “Blood in My Eyes For You” pretty much tells the baleful story:

Woke up this morning, feeling blue/Seen a good-lookin’ girl, can I make love with you/ Hey, hey, babe, I got blood in my eyes for you

There’s cruelty, desolation, and dysfunction everywhere: “All the friends I even had are gone”; “Feel like a broke-down engine, ain’t got no drive at all”; “If I didn’t leave you I would have to kill you dead.”

The freak show goes on. Animals begin to talk. After the singer in “Love Henry” murders her lover Henry and throws his body down a well, she finds that her pets don’t look at her the same way:

I won’t fly down, I can’t fly down/And light on your right knee./A girl who would murder her own true love/Would kill a little bird like me.

“World Gone Wrong” is also notable for one last thing — its liner notes. Dylan contributed discursive and impressionistic notes to a few of his early albums.; their presence here is an arresting reminder of the emotions roiling beneath Dylan’s psyche at this time. He gives allusive, impressionistic accounts of the song choices. On “Delia”: “Does this song have rectitude? you bet. toleration of the unacceptable leads to the last round-up. the singer’s not talking from a head full of booze.”

There is also that extraordinary Dylan precognition: “Technology to wipe out truth is now available.”

We know now that the years leading up to and those directly after the beginning of the Never Ending Tour saw the singer at a low point, questioning everything he was doing. An apercus or two here suggest his continuing preoccupation with the damage that fame and fate had wreaked upon him. “No man gains immortality thru public acclaim,” he says at one point. And also: “Fame is a trick.”

That’s probably what has propelled his great last journey, the Never Ending Tour, over 30-plus years, and 3000 shows. The last song on World Gone Wrong is “Lone Pilgrim,” which features the grimmest journey of all:

The call of my master compelled me from home,/No kindred or relative nigh./I met the contagion and sank to the tomb,/My soul flew to mansions on high.

As has been noted innumerable times over the years, the chorus of “no direction home” on “Like a Rolling Stone” comprises highly loaded implications of both promise and sacrifice. Every journey, Dylan knew, comes at a cost.

Bill Wyman is the former arts editor of Salon and National Public Radio.

The best Dylan comeback album featured no Dylan songs at all