In a hellish landscape of Huey Lewis and Liza Minnelli, a new Dylan album thankfully arrived 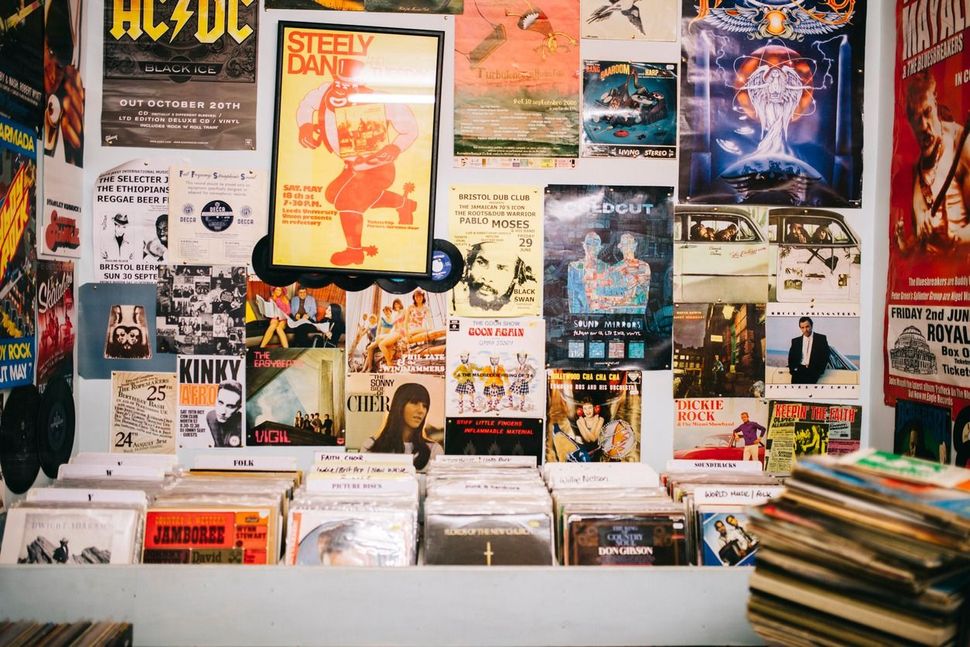 It was September 1989, and I’d just been hired as a clerk at See Hear, a small record store in Chicago. I’d spent the summer in a melancholic haze of post-college graduation wastreldom, smoking cheap weed and drinking cheaper beer (where have you gone, Carling Black Label?), and spending countless hours in communion with my Tascam four-track recorder as I attempted to write the songs that would hopefully catapult my band Lava Sutra to something along the lines of alternative-rock stardom. It had been fun, at least when I wasn’t being overwhelmed by crushing anxiety and blistering self-doubt. But now my meager savings were running dry, and it was time to get a job.

I had friends who worked at some of the city’s cooler used record stores, like Dr. Wax and Second Hand Tunes — vinyl-centric shrines to musical awesomeness, where you could happily unearth all manner of crucial masterpieces and mind-blowing obscurities. See Hear wasn’t that kind of operation. Though it shared a name with a fantastic fanzine shop on St. Mark’s Place in New York City, this store was actually about as far from the cutting edge as it was possible to get while still being in the music business. We stocked only new compact discs and a smattering of high-profile cassette and vinyl releases (the latter of which would soon be eradicated to make room for more CDs), all of them released by major labels. The seeds of the 1991 alt-rock explosion had been planted and were already beginning to sprout, but you wouldn’t have known it to look at our endcaps and window displays, where the likes of Paula Abdul, Huey Lewis and Don Henley held bland sway.

You also wouldn’t have known it to look at the dreary options in our store’s tiny play bin, which couldn’t have held more than a dozen CDs. I still shudder uncontrollably thinking about some of the albums it contained when I first started working there: Things like Cher’s “Heart of Stone,” Liza Minnelli’s “Results,” Simply Red’s “A New Flame” and “Cycles,” the Doobie Brothers’ Michael McDonald-free comeback album. I had to hear all of those on a daily basis, sometimes on repeat; it was like being trapped in some fiendish audio experiment conducted by the CIA.

It was into this hellishly barren musical landscape that Bob Dylan’s “Oh Mercy” arrived. I’ll admit that I gave it a grudging welcome, at best; while I absolutely loved the classic Dylan records I’d grown up with, I’d pretty much given up on him years earlier. (I’m pretty sure the first time I ever greeted a new record with “What the fuck is this?” was during the summer of 1978, when one of my dad’s friends plopped the just-released “Street Legal” onto our living room turntable.) Also, the big buzz around “Oh Mercy” was that it was produced by Daniel Lanois, who was lauded for his work on U2’s “The Unforgettable Fire” and “The Joshua Tree,” two records that I absolutely loathed. But when a promo CD of “Oh Mercy” somehow found its way into our play bin, I figured it would at least provide a welcome alternative to another spin of Gloria Estefan’s “Cuts Both Ways.”

“Oh Mercy” turned out to be much, much more than that, of course. After three straight studio records (1985’s “Empire Burlesque,” 1986’s “Knocked Out Loaded” and 1988’s “Down in the Groove”) where he’d sounded distracted if not completely disinterested, and one live album with the Grateful Dead (1989’s imaginatively-titled “Dylan & the Dead”) where neither party sounded particularly stoked to be there, it was as if he’d suddenly emerged from the fog with a renewed sense of focus and purpose. “Political World,” the album’s jittery opener, set the tone by casting a withering glance at a civilization charred and scarred by injustice, greed, squandered love and ignored wisdom. You could tell from the way Dylan spat out the lyrics that he actually meant business this time; ditto for the heartbroken weariness of his delivery on the album’s second track, “Where Teardrops Fall,” and the sizzling intensity he brought to every other track on the record. 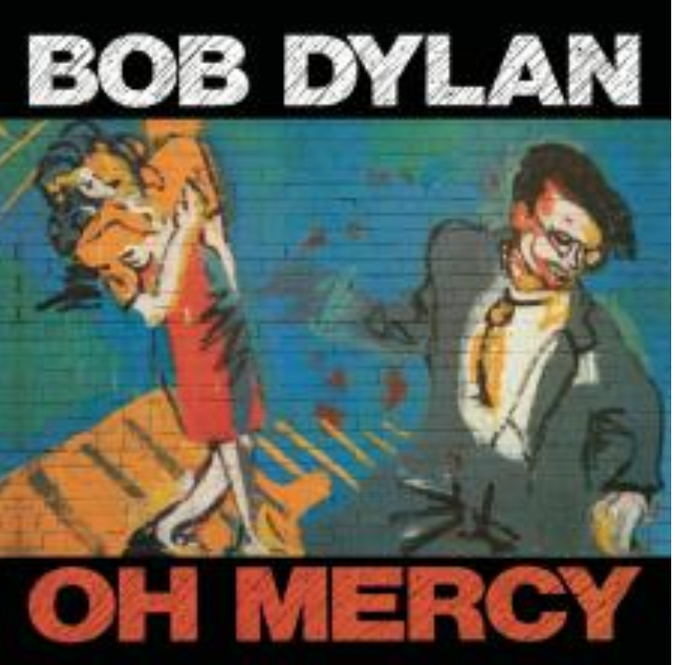 Though “Political World” and the equally lean-and-mean “Everything Is Broken” caught some critical flak at the time for somehow being too generalized and “not political enough” in their appraisal of our contemporary malaise, there was simply no way to miss the brilliance of “Most of the Time,” “What Good Am I?” “What Was It You Wanted” and “Shooting Star,” four of the most close-to-the-bone slices of heartbreak and post-romantic disillusionment that Dylan had waxed since, well, “Blood On the Tracks.” Likewise, one couldn’t fail to appreciate that the prayerful “Ring Them Bells” was a legitimately great (and profoundly beautiful) update of “Chimes of Freedom,” or that the demonic waltz “Man in the Long Black Coat” and the excoriating sermon “Disease of Conceit” both felt as old as time itself yet still chillingly applicable to the modern world.

Given Lanois’ involvement, I was expecting big, overwrought choruses and cold sheets of digitally-delayed guitars, but there was nothing like that to be found on “Oh Mercy.” Instead, the music was spacious yet claustrophobic, like the darkness of a humid summer night. (The record was cut at Lanois’ home studio in New Orleans, which probably contributed to its haunted atmosphere.) The record’s main musical motif was the throb and whine of Lanois’ dobro, but nothing got in the way of Dylan’s voice or songs. In my mind, I could picture Dylan performing the songs on a small stage, bathed in a soft golden spotlight, while the other musicians (who included guitarist Mason Ruffner and percussionist Cyril Neville) lingered just out of the spotlight’s reach. In an era where most major label releases seemed choked with every digital bell and whistle imaginable, the album’s organic and intimate sound was as refreshing as a deep swig of cold spring water.

“In an era where most major label releases seemed choked with every digital bell and whistle imaginable, the album’s organic and intimate sound was as refreshing as a deep swig of cold spring water.”

I played “Oh Mercy” during my work shifts for months, and not just because it was one of the only decent things in the See Hear play bin. Every day for forty minutes or so, its songs re-grounded me in things far more important than whatever early-20s angst I happened to be grappling with at the moment, while its music mercifully took me away from glitzy emptiness of end-of-the-80s pop music and culture.

Old Town, where See Hear was located had been one of Chicago’s hippest and artsiest districts during the 60s and 70s, but by the time I started working there, it was already veering hard into gentrified yuppiedom. While it’s true that I am legally required to drop a “High Fidelity” reference into any story about working in a record store, it’s also true that a significant percentage of our customers actually did resemble Tim Robbins’ ponytailed character from the film, in both looks and attitude. We did have some great, knowledgeable and fun regulars — including quite a few now-famous folks from Second City, which was just across the street — but the majority of the customers I waited on were people who saw music as little more than a lifestyle accessory. They wanted whatever was popular, or whatever might provide a relaxing soundtrack for a drive in their BMW or a bath in their candle-ringed tub.

“Hey, there’s a new Bob Dylan album out,” I remember one ponytailed yuppie dude informing his equally ponytailed friend while I was ringing up their purchases.

“C’mon,” his friend sneered, pulling out his Amex Gold Card to pay for a copy of Yanni’s “Niki Nana.” “I’m not into that shit.”

I was, though, and still am. “Oh Mercy” still sounds fresh to me, and its songs and sounds still resonate with me deeply — perhaps even more so now, in this age of naked venality (just ask Bruce Springsteen, who recently dedicated his recording of “Disease of Conceit” to Donald Trump) and pandemic-related paralysis, where I find myself reading H.P. Lovecraft’s short stories for comfort because they’re less chilling than what’s actually in the news.

Bob Dylan has obviously made some other great records since 1989, but at a time where it sometimes really does feel like (to quote “Man in the Long Black Coat”) “People don’t live or die/People just float,” “Oh Mercy” is the rock that I keep floating back to for comfort, for catharsis, for slap-in-the-face real talk. His best since “Blood On the Tracks?” Yeah, this is the one I’m going with.

In a hellish landscape of Huey Lewis and Liza Minnelli, a new Dylan album thankfully arrived