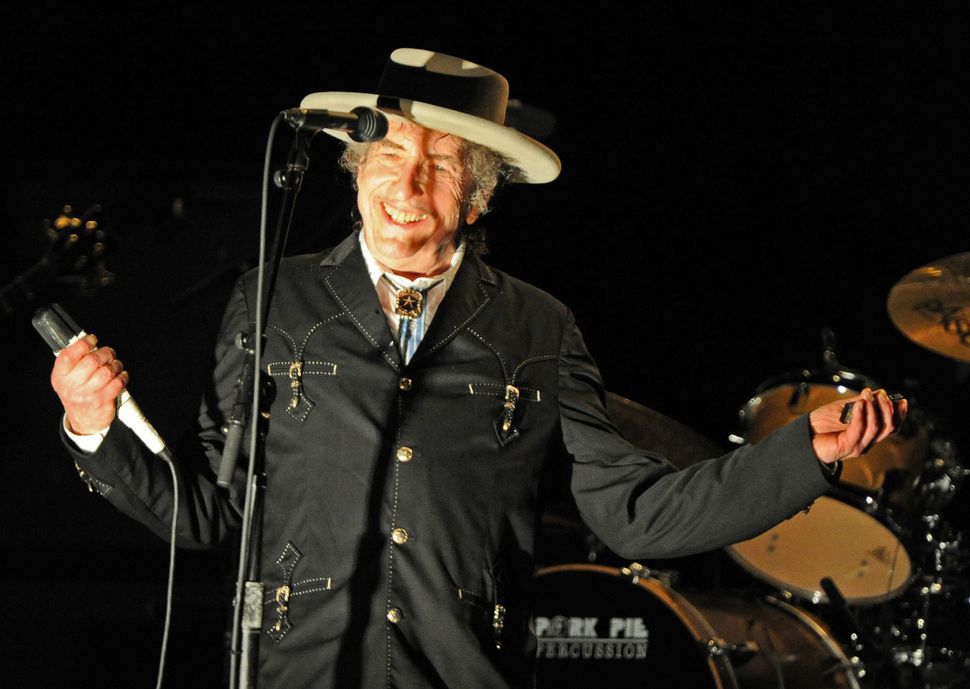 “The best Bob Dylan album since “Blood on the Tracks” — that mythical peak has been both something of a holy grail for Dylan obsessives and a lazy way for critics to overpraise the current Dylan effort they were supposed to be appraising. In many ways, Dylan fans have been more discerning than critics, far more willing to call Dylan out for his willfully monochromatic shows and disjointed albums in the past. As money tends to do, actually having to pay for your concert tickets and albums often proved to sharpen fans’ critical sensibilities and embolden their opinions.

But, look, I get it. It’s no fun trashing your idols, particularly one as revered as Dylan. You’ve got a million ideas about the guy and the tedious album you’re writing about supports none of them. The first time I got to write about Dylan in a prominent outlet was a 1986 review of “Knocked Out Loaded” in Rolling Stone. I described the album as a “slipshod patchwork,” a “conceptual mess” and, “ultimately, a depressing affair.” Fair enough, though I like the album better now than I did then. (Artists hate that.) Two years later, in an enthusiastic review of “Oh Mercy” – a review that was a sigh of relief as much as anything else — I noted that the album stood in marked contrast to the “unfocused nature” of Dylan’s recent work,“ which had indicated that “he had simply stopped caring about making records.” I remember a conversation with a friend during that haphazard mid-80s period in which he said that Dylan’s records had gotten so bad that they were making him reconsider the quality of the 60s work that had earned Dylan his reputation in the first place.

So why is “Blood on the Tracks,” rightly acknowledged as a masterpiece, the measure of every Dylan album that has come after it? There are practical reasons. My friend’s snarky remark aside, Dylan’s groundbreaking 60’s albums have proven so important and influential that they are impervious to comparison. Quite simply, if you were to assert that the new Dylan album was his best since “The Freewheeling Bob Dylan,” “Highway 61 Revisited” or “Blonde on Blonde,” no one would believe you. However, by time “Blood on the Tracks” came out in 1975, even Dylan’s most ardent fans had accepted the notion that he was capable of making bad records. The big chill of the 70’s had set in, and Dylan’s contemporaries had begun to wonder where their 60’s hopes had gone. 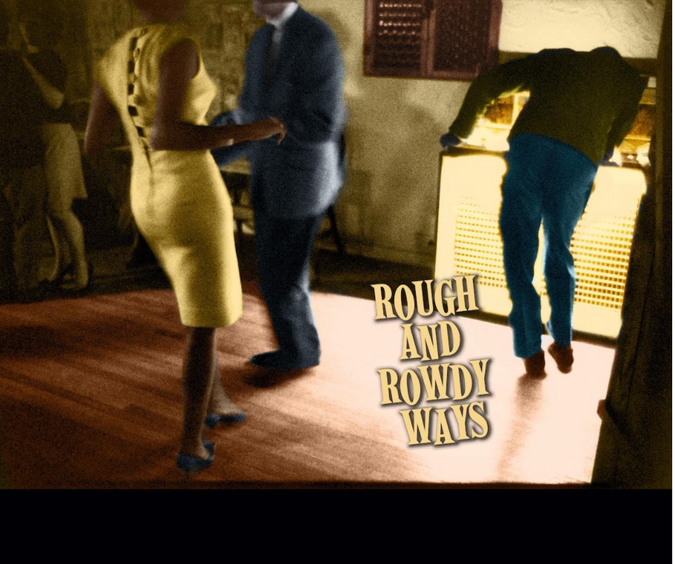 The 2020 Album: “Rough and Rowdy Ways” is Dylan’s first album of new material since 2012’s “Tempest.” Image by Columbia Records

So it was the perfect time for a great Dylan comeback album, and “Blood on the Tracks” – the title says it all – addresses those feelings explicitly. “Tangled Up in Blue” evokes memories of a time when “there was music in the cafes at night and revolution in the air,” only to have “the bottom” fall out and aimless wandering to follow. Those lost hopes were bound up in vanished lost friends – “All those people we used to know/They’re an illusion to me now” – who themselves had drifted off to wherever. The song presciently ends on an image of Dylan himself that pertains to this day: “Me, I’m still on the road, heading for another joint,” an inkling of the endless tour just beginning to shimmer like heat off the highway.

“Blood on the Tracks” also resonated because it’s Dylan’s most personal album. Without ever getting into specifics, it chronicles the tumultuous breakup of Dylan’s marriage to Sara Lowndes (once again, note the title), the mother of four of his children. As Me Decade divorces wreaked havoc on families across the country, the album’s complex, inextricable interplay of longing, anger and regret found a target in many listeners’ hearts. In a New York Times piece I later wrote about Jakob Dylan, he spoke about what he felt when listening to his father’s music, a subject of which he is an avid student. “When I’m listening to ‘Subterranean Homesick Blues,’ I’m grooving along just like you,” he said. “But when I’m listening to Blood on the Tracks, that’s about my parents.”

So which album is truly Dylan’s best since “Blood on the Tracks?” As I pondered that question before writing this essay, I was struck by how many serious contenders there are. “Desire,” “Oh Mercy” and “Time Out of Mind” leapt immediately to my thoughts. But I’m going to choose “Rough and Rowdy Ways,” the album whose rapturous reviews inspired this assignment. If I’m not in the right mood, I can pick at that album’s flaws. Musically, it’s undifferentiated and, while it’s been ridiculous for decades to think of Dylan creating anything like a “hit,” these songs bleed into each other so totally that if you walk into a room while the album is on, it’s difficult to tell immediately which song is playing. It’s also hard to think of anyone else interpreting these songs, a rarity for one of the world’s most frequently covered songwriters.

If “Blood on the Tracks” summons a vision of the 60’s from the perspective of ten years down the line, “Rough and Rowdy Ways” takes on something like the span of Dylan’s entire life

That said, I’ve been finding “Rough and Rowdy Ways” irresistible. The sense that the album is really one long song is now an essential part of its appeal to me. In this time of quarantine, days blend one into the next, day and night intermingle, the past creeps inexorably into the present. In that regard, the porous boundaries of these songs somehow feel just right. And if “Blood on the Tracks” summons a vision of the 60’s from the perspective of ten years down the line, “Rough and Rowdy Ways” takes on something like the span of Dylan’s entire life – which is to say, the cultural life of the past eight decades. I’ve found myself in a reflective mode during these days of isolation, so the tumbles of references – to songs, bands, singers, actors, poets, films – in these songs serve to excite my own deep personal associations. And the evocation of the promise of John Kennedy’s presidency in “Murder Most Foul” – as well as the horror of his assassination, the “seven seconds that broke the back of the American century” in Don DeLillo’s timeless phrase – calls our attention to the wasteland of our current presidency. DeLillo once told me that he met Thomas Pynchon one time, and, of course, I asked, “What did you talk about?” He smiled. “Rock & roll,” he said. “Rough and Rowdy Ways” is like my imagining of what that conversation must have been like.

In another twist, I really didn’t like the album’s title until I bothered to listen to Dylan’s source for it: Jimmie Rodgers’ “My Rough and Rowdy Ways.” In that song, a man is about to settle into a calm domestic life, but he’s irresistibly drawn to memories of his days of drinking and rambling. Those indulgences don’t seem like so much fun when doom surrounds you – and, as Dylan notes on “Blood on the Tracks,” “it’s doom alone that counts.” On that album he also sings, “all the while I was alone, the past was close behind.” Indeed, the past weighs heavily in this time of such an uncertain future.

Anthony DeCurtis is a contributing editor of Rolling Stone and a lecturer at the University of Pennsylvania. He is the author of “Lou Reed: A Life.”