Disney’s ‘Howard,’ a touching tribute to its master lyricist, leaves his work unfinished 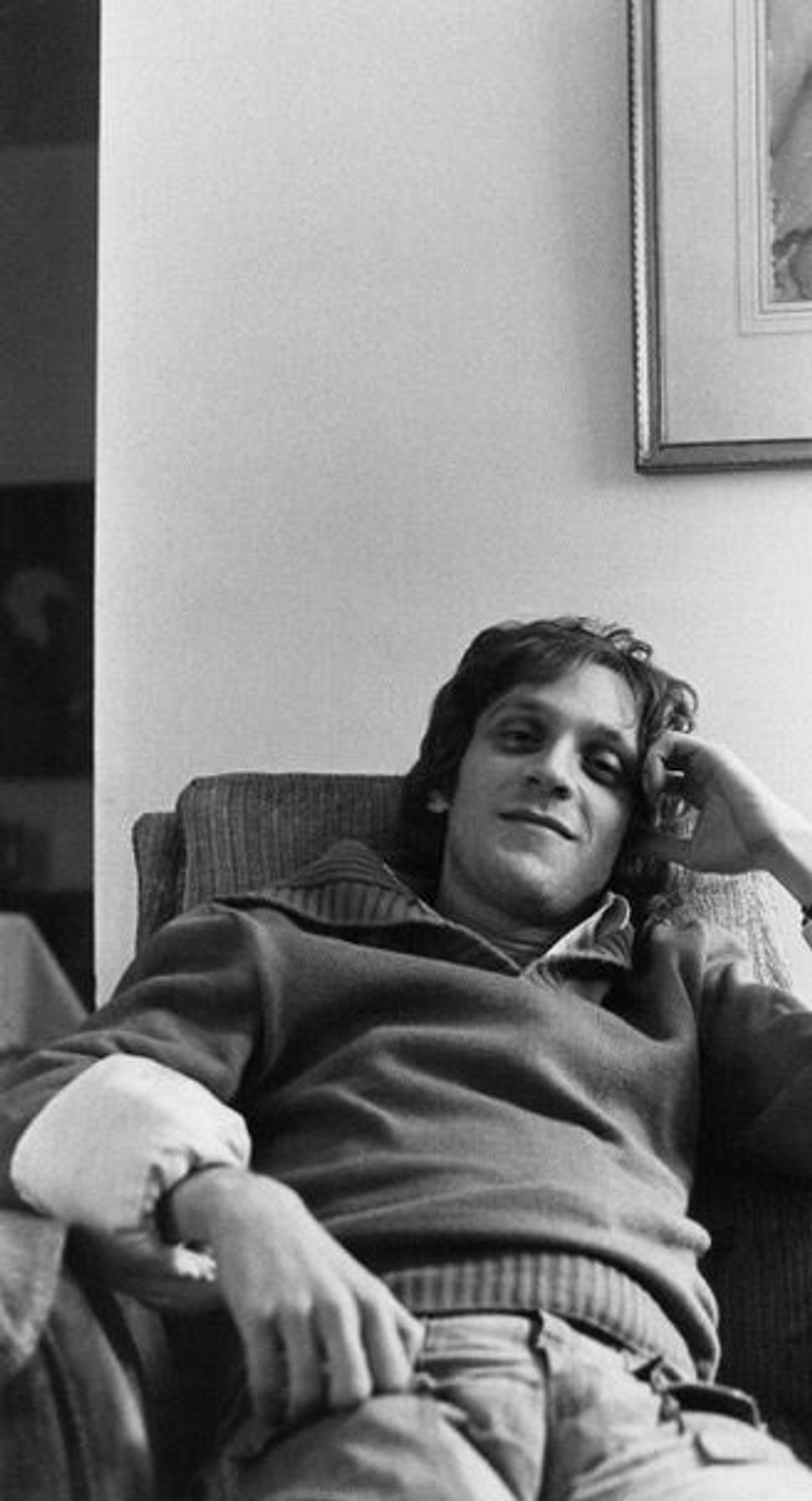 Lyricist Howard Ashman and composer Alan Menken set off an age of rebirth for Disney Animation with their humorous, humanistic work on classics “The Little Mermaid” and “Beauty and the Beast.” Much has changed for the company since, and a distressing amount has remained the same.

Like most major media companies, the House of Mouse has recently been making considered efforts toward inclusiveness and diversity. The Disney princess canon now has standard bearers for many world cultures, most of which — aside from “Aladdin” and “Pocahontas” — have been embraced. In the wake of national protests for racial justice, Splash Mountain is, in a long overdue move, being rethemed and rid of the racist trappings of “The Song of the South.”

But one corner where Disney still misses the mark is representation of the LGBTQ+ community. They’ll offer up an anonymous gay man in a bereavement group in “Avengers: Endgame,” or a secondary character with a same sex partner in Pixar’s “Onward.” But that’s about as far as they’ll go.

Given this spotty track record, “Howard,” an intimate documentary tribute to Ashman made in 2018 and now being distributed on Disney+, feels like a quietly progressive inclusion. But while the film succeeds as a belated love letter, it falls short of Ashman’s reputation as a storyteller whose radical empathy extended far beyond the worlds and people that he knew.

Written and directed by Don Hahn, who produced “Beauty and the Beast” — Ashman’s penultimate film for Disney, released posthumously — the film is disarmingly frank in its treatment of Ashman’s death in 1991, at the age of 40, from AIDS. Yet the film’s representation of Ashman as a company man for a family media empire functions to present him as a “safe” gay subject for a controversy-averse institution — he was responsible and industrious and, by the looks of it, kept his personal life separate from his professional one. The film emphasizes Ashman’s desire for a life of domesticity and regularly hints at his early love of “Peter Pan” and the “Mickey Mouse Clubhouse.”

While it doesn’t feel egregiously branded, the Disney imprimatur is felt in how Ashman’s sexuality is shown to be discreet and tied to conventional homemaking. Early on, the film stresses Ashman’s disappointment in his promiscuous early partner, Stuart White, who struggled with alcoholism and irregular employment. The film reveals White’s ultimate fate as an early casualty of HIV directly after introducing Ashman’s steady courtship with his longtime partner, architect Bill Lauch. While White’s death is shown to be a tragic event that rattled Ashman’s life, its placement gives off the queasy implication that the film views what Lauch called a “spousal arrangement” as somehow ethically superior, whereas non-monogamy is lethal. (How Ashman contracted AIDS years later is not addressed; Lauch survived him and accepted his posthumous Oscar for “Beauty and the Beast.”)

But the film is not fundamentally about Ashman’s life as a gay man, but rather about his work as a consummate dramaturge, performer and a master lyricist with unerring instincts. Born in 1950 to a working-class Jewish family in Baltimore, he would arrange his toys into dioramas to entertain his younger sister. He joined a youth theater group — playing the title role in “Aladdin,” a story he’d later pitch to Disney — and earned a masters in theater through a conservatory program at Indiana University. His early days of recruiting neighbors for plays in his backyard translated to his fledgling career, in which he directed an ensemble of friends in intimate, homespun productions.

In the 1970s, Ashman and White formed a successful Off-Off Broadway theater above a doughnut shop on the sketchy end of New York’s Fifth Avenue. But the plays Ashman produced there, including the early Menken collaboration “God Bless You, Mr. Rosewater” — composer Maury Yeston introduced them — never worked in larger venues. After “Rosewater” flopped in a bigger space, Ashman knew his work was best kept small and scrappy. For his follow-up with Menken, he insisted that the ensemble have no more than eight people, a premise that resulted in “Little Shop of Horrors.” With the doo-wop monster musical, Ashman defied naysayers who saw no promise in the source material, a capital-B Roger Corman film. The show was a hit, transferring to the Off-Broadway Orpheum Theatre in 1982, where it ran for five years. (The musical also received a cult film adaptation.)

While Ashman’s early success could be chalked up to horse sense, knowing what audiences like and where he excelled as a writer and director, “Howard” presents constant reminders of his deep understanding of character and structure. In archival interviews he explains the essential nature of what he called the “I Want” song, a staple of musical theater in which characters croon or belt their deepest desire. In “Little Shop,” he says, that song appears as the yearning Audrey’s humble ambition of “a tract house and a garbage disposal instead of a castle in the sky somewhere.” Later, Ashman schools then-chair of Disney Studios Jeffrey Katzenberg on the motivational import of “Part of Your World,” which Katzenberg foolishly insists be cut from “The Little Mermaid” lest kids lose interest.

These arguments indicate Ashman’s true genius. It wasn’t simply wordplay; it was an abiding understanding of the characters whose words he penned. Even when they were tragically silly, like Audrey, or fantastical, like a 16-year-old mermaid, Ashman found what made them human and worth caring about.

“Howard” showcases not just Ashman’s empathy, but, ultimately, some of Disney’s, beginning with a recording session that was moved from California to New York to accommodate the lyricist’s illness. Yet while the documentary addresses Ashman’s fears about being fired from Disney for revealing his diagnosis — a revelation he only made when asked to contribute lyrics for “Beauty and the Beast” after suffering in silence through “The Little Mermaid” — it never broaches whether he experienced discrimination or if that fear was justified. Perhaps it wasn’t; more likely, Disney is saving face.

It says something about Disney’s underlying conservatism that this film didn’t receive a wider distribution from the company after its Tribeca Film Festival debut two years ago. The studio could have made a bigger statement, and earlier, rather than relegating the documentary to a streaming release. But one can’t malign Hahn for making the film in the first place. With original music by Menken, and the delightful audio of his and Ashman’s demos of songs Disney fans know by heart, the project is rarely as cynical as it is stirring.

But despite being a labor of love, the documentary is an incomplete tribute from Disney to one of the men who made its modern reputation. It’s striking that Ashman didn’t need to know his subjects, whether they were buffalo-headed beasts or man-eating plants, to empathize with them. He understood that kind of empathy to be rare: “The Mob Song” from “Beauty and the Beast,” includes the line “We don’t like what we don’t understand, in fact it scares us.”

“He was human,” Peter Schneider, the former president of Disney Animation, says in the film, reflecting on Ashman’s lyric. “He dealt with human issues, with human thoughts.” Only when Disney has the courage and the imagination to make someone like Ashman a hero in the kinds of films he helped create will they be finishing his work.

Disney’s ‘Howard,’ a touching tribute to its master lyricist, leaves his work unfinished