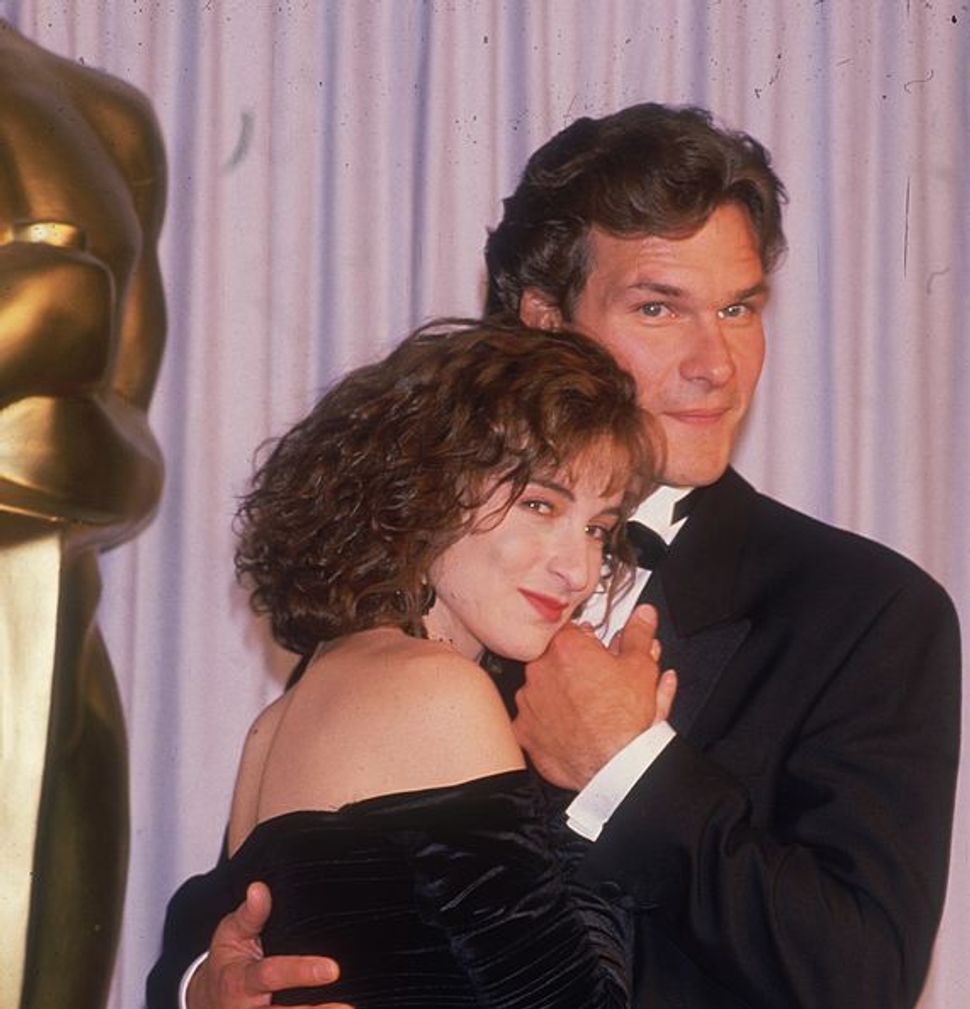 There’s a long and sordid history of failed attempts to replicate the cinematic success of the 1980s blockbuster “Dirty Dancing.”

A 2004 prequel, “Dirty Dancing: Havana Nights,” yielded dismal numbers at the box office. A 2017 made-for-TV remake inspired disgusted takedowns like this one. Time and again, audiences have told Hollywood that it is impossible to meaningfully recreate Patrick Swayze’s voluminous hair, Jennifer Gray’s gauzy white peasant blouses or the singular appeal of having sex in a Catskills cabin while your parents play cribbage with other middle-aged Jews.

So Lionsgate’s recent announcement that a “Dirty Dancing” sequel starring Gray herself is in the works may seem ill-fated. But while the original film is chiefly famous for its steamy dance scenes, its back-alley abortion subplot paved the way for pop culture treatments of reproductive rights, and a sequel that arrives in the midst of an unprecedented siege against those rights could be a powerful thing — if it chooses to take on the task.

I didn’t always think of “Dirty Dancing” as a feminist touchstone. When I first saw the film, I was in my early teens, preparing for my liberal arts degree by loudly pointing out the sexist undertones in every single movie I watched. From that perspective,there was plenty in the film — and its take on abortion — to dislike. “Dirty Dancing” revolves around 17-year-old Baby Houseman (Gray), a reluctant guest at an upscale Borscht Belt resort in the late 1960s who eschews her parents’ golf outings in favor of a star-crossed romance with dance teacher and archetypal heartthrob Johnny Castle (Swayze). Initially a sheltered outsider among the resort staff, Baby finds herself enmeshed in below-stairs drama when she volunteers to help Penny, a dancer who finds herself pregnant, obtain an abortion.

Since the film takes place in the era before Roe v. Wade, that abortion is an illegal one, conducted by a shyster with a “dirty knife and a folding table.” It leaves Penny bleeding and feverish, forcing Baby to call on her father, an actual doctor, for help. As a teenager, I hated the way Dr. Houseman grunts, “Who’s responsible for this girl?” while injecting Penny with the intravenous antibiotics he just happened to be carrying while on vacation. He’s disgusted by the entire incident, furious with Johnny, whom he mistakenly thinks is Penny’s partner, and primarily concerned with preventing Baby from having further contact with low-class waiters who might impregnate her. To me, the scene seemed like a morality play, little different than the abortion-gone-wrong stories I heard in my high school health classes.

But put in context, Penny’s story makes for a persuasive reflection on the ongoing fragility of reproductive rights. “Dirty Dancing” creator Eleanor Bergstein wrote the screenplay in the late 1980s, when, as Reagan swept into the White House with his emphatic anti-choice stance, it became clear that Roe v. Wade had not settled the issue of abortion once and for all. Reagan accomplished little in terms of actual anti-abortion legislation, but his vocal opposition to reproductive rights helped sensationalize the issue and moved anti-choice activists like Phyllis Schlafly from the fringes to the forefront of the party. The Republican party platform of 1976 obliquely criticized Roe v. Wade, calling for a “continuance of the public dialogue on abortion;” in 1980, the year Reagan was elected, the platform proposed a constitutional amendment to ban abortion.

So while Bergstein’s catastrophic depiction of abortion seems stigmatizing to a teenager who grew up in an era of legal and safe abortion, it actually functions as a warning. In a 2017 interview with Vice, Bergstein said she intentionally crafted the scene to include what she called “purple language” — a friend frantically describes hearing Penny scream while the “doctor” operates sans anesthesia — in order to show young women with no memory of the pre-Roe era how things had once been.

“Everyone said, ‘Why? There was Roe vs. Wade—what are you doing this for?’” Bergstein told the magazine. “I said, ‘Well, I don’t know that we will always have Roe vs. Wade.’”

In light of that growing momentum against abortion rights, it’s almost radical that though the stodgy and traditional Dr. Houseman may be angry with Johnny, he never chastises Penny for terminating a pregnancy, taking her decision completely in stride. While he has a tendency to talk in terms of masculine honor and obligation, his chief gripe is that Penny’s male partner didn’t help pay for her abortion — a stance that contrasts strikingly with the stigmatization of abortion proceeding apace outside the movie’s imagined world.

How might Grey’s new “Dirty Dancing” tell the abortion stories of our own time? Roe v. Wade is still intact, but Bergstein was right to worry. Under President Trump’s administration, many states have accelerated their long-running efforts to circumvent Roe and make abortion nigh inaccessible, especially for low-income women and women of color. In 2019 alone, states passed 58 restrictions on abortion, with six — Georgia, Kentucky, Louisiana, Missouri, Mississippi and Ohio — passing so-called “heartbeat bills” that make it effectively impossible to obtain an abortion after the sixth week of pregnancy. Alabama went further, passing a near-total abortion ban that was later blocked by a federal judge. (Meanwhile, states with the strongest restrictions on abortion have the highest infant mortality rates.)

Recent years have brought more compassionate abortion narratives to our screens: shows like “Scandal” and “Sex Education,” in which abortion is presented as a safe medical procedure, and movies like “Grandma” and “Never Rarely Sometimes Always,” in which women acknowledge their desire to end a pregnancy without guilt or hand-wringing. But given the modern threats to abortion rights, we need pop culture to take on even bolder stories. We need to see movies about women who have only two weeks after a missed period to fundraise for a procedure which Medicaid may not cover; which may not be locally available; and which may involve overnight travel, unnecessary waiting periods and medically inaccurate state-mandated counseling. We need pop culture to show us how harrowing abortion can be right now.

There is, of course, no promise that the new “Dirty Dancing” will do anything of the sort. Bergstein isn’t writing the sequel, and in announcing it Lionsgate CEO Jon Feltheimer promised not an exploration of a hot-button political issue but “the kind of romantic, nostalgic movie that the franchise’s fans have been waiting for.”

But, as Bergstein pointed out in 2017, you can do both. In fact, it’s that combination of summer love and sharp political commentary that endeared “Dirty Dancing” to generations of fans with many stances on reproductive rights.

“You can make a [serious] film, and only people who agree with you will see it,” Bergstein said. On the other hand, “You can make a film about true love and wonderful music and pretty dancing and sexy people, and have in it a lovely girl who ends up with a dirty knife and a folding table screaming in the hallway, and maybe you understand it.”