Bernie Sanders’ wall of wood has a surprising Jewish significance 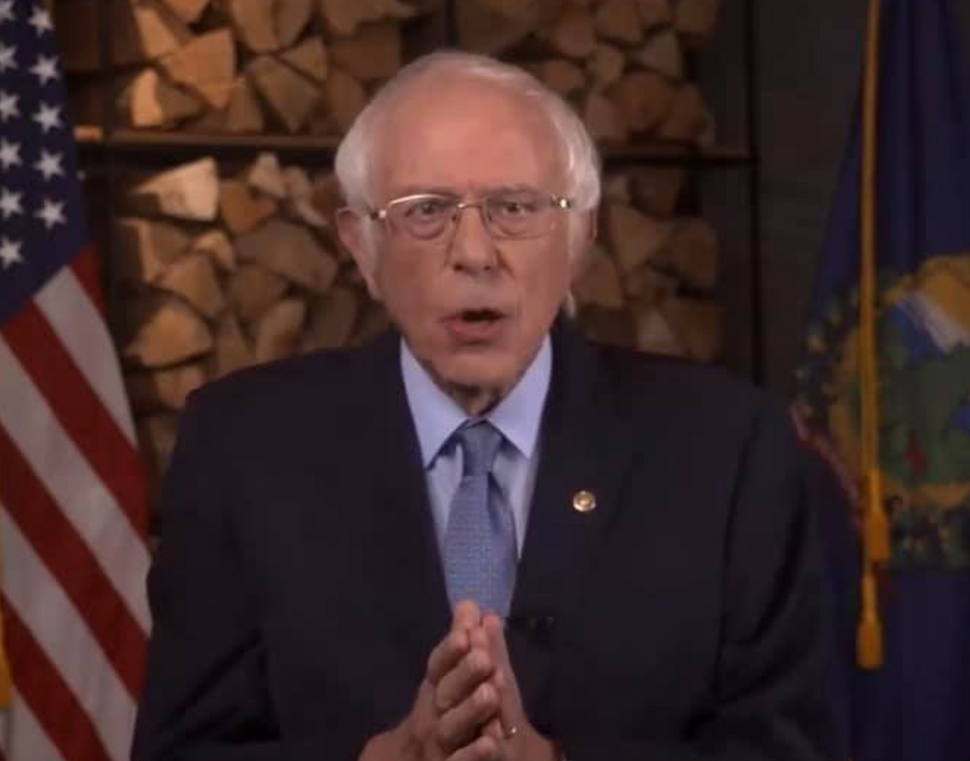 Bernie Sanders stands before stacks of chopped wood during his speech at the Democratic National Convention August 18, 2020 Image by Screenshot from Twitter

On the first night of the socially-distant 2020 Democratic National Convention, Bernie Sanders held forth before a backdrop that put any Zoom background to shame.

Flanked by an American flag and the Vermont state flag, Sanders painted a stark picture of the country’s slide in totalitarianism before a wall of chopped wood. It was so incredibly Vermont, an aesthetic which, but for Ben and Jerry and Sanders himself, smacks a bit more of maple syrup and flannel than schmaltz and gabardine.

this is absolutely the most new england thing bernie could do aside from wearing flannel while speaking (which he should’ve done imo) pic.twitter.com/8fHeaEhxgN

Bernie’s been busy. Before and after. pic.twitter.com/eWYCnLMVEe

Yet while Jews of Twitter cracked wise about the log stacks, the actual Jewish history in the lumber trade is extensive.

Litvak Jews, like historian Simon Schama’s great-grandfather, felled beech trees in the Baltic Pale and sent them downriver to mills (the whole transport-by-river-on-rafts-thing appears to be a Jewish innovation). According to the research of historian Bryan Diamond, a number of Jewish families, like that of early Zionist David Wolffsohn, made their fortune as timber merchants. In the late 19th century, Jews were woodworkers in Bucharest and Vienna and joiners in imperial Russia. While we don’t know if anyone from Sanders’ Galician or Polish and Russian forebears participated in the lucrative lumber trade, but it’s likely they had some run-ins with people who did. (Knowing Sanders, there’s the off-chance his people scolded lumber magnates for hoarding wood for the one percent and defended the rights of the regular guy hacking away at the groves.)

While my own Brooklyn-born father prefers a chemically-dusted Duraflame to fresh-chopped pine, the fact that Bernie is handy with an axe and has a facility for the Green Mountain tradition of wood-burning does not mean he has abandoned his roots. Rather, the independent senator is reviving a Jewish tradition of an older vintage — y’know, like the whole socialism thing.

Will it be enough to clinch the lumberjack vote for Biden? We’ll have to wait till November. In the meantime, don’t knock the wood.

Bernie Sanders’ wall of wood has a surprising Jewish significance