Bernie Sanders Does His Own Laundry, Chops Wood — and May Actually Be Larry David 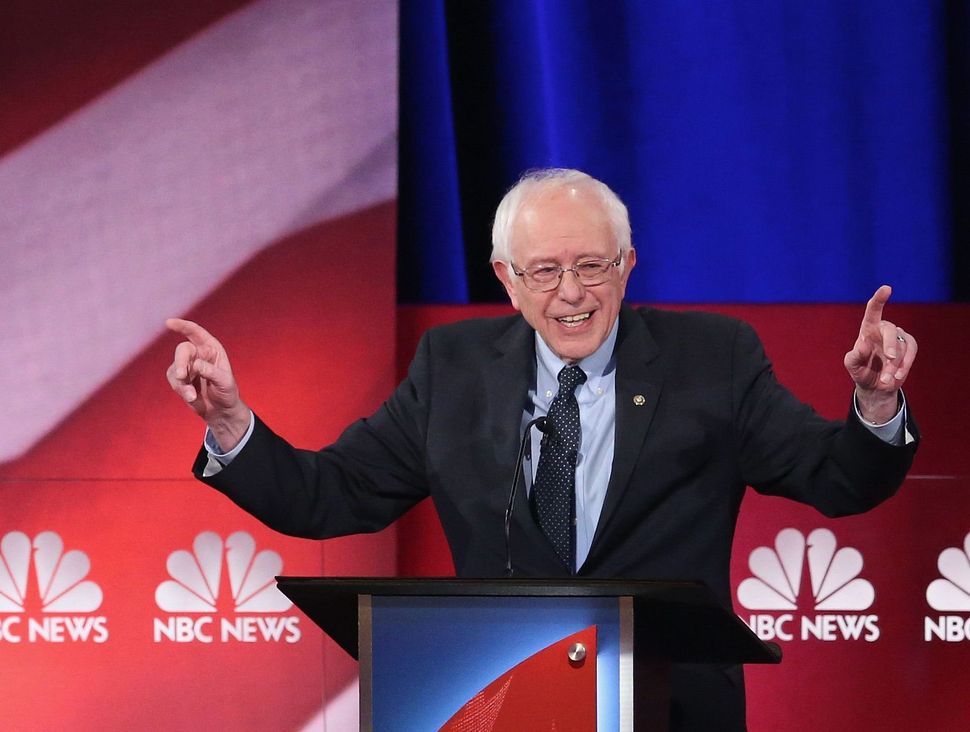 A new takes us into the “modest” colonial home of the Vermont Senator with the adorable Brooklyn accent.

Looks like what we see with Sanders is actually what we get. He does his own laundry, goes grocery shopping, can’t take a compliment, his family describes him as frugal and he’s impatient when taking pictures. So, basically, he’s Larry David.

Bernie Sanders does not need a fancy introduction. #SNL

His family, who can’t believe how much he resembles David’s Saturday Night Live impression of their father, have dubbed him the “Bernster” and his wife, Jane Sanders, describes him as a minimalist. “If Bernie has seven sweaters, that’s three too many for him,” she told People.

When he hears a buzz during the interview, Sanders, 74, exclaims “That’s my cue!” and jumps up to get the laundry.

And that’s not all he does. Sanders chops wood and grills, sticking to a diet of meat and vegetables. “He was Paleo before Paleo was a thing,” joked Sander’s stepdaughter, Carina Driscoll.

In a video of the Sanderses in their home, a Christmas tree peeks out from a corner of the dining room and Sanders plays with his grandchildren on a nice backyard swing set, which was a “splurge for the frugal Senator.”

Bernie Sanders Does His Own Laundry, Chops Wood — and May Actually Be Larry David