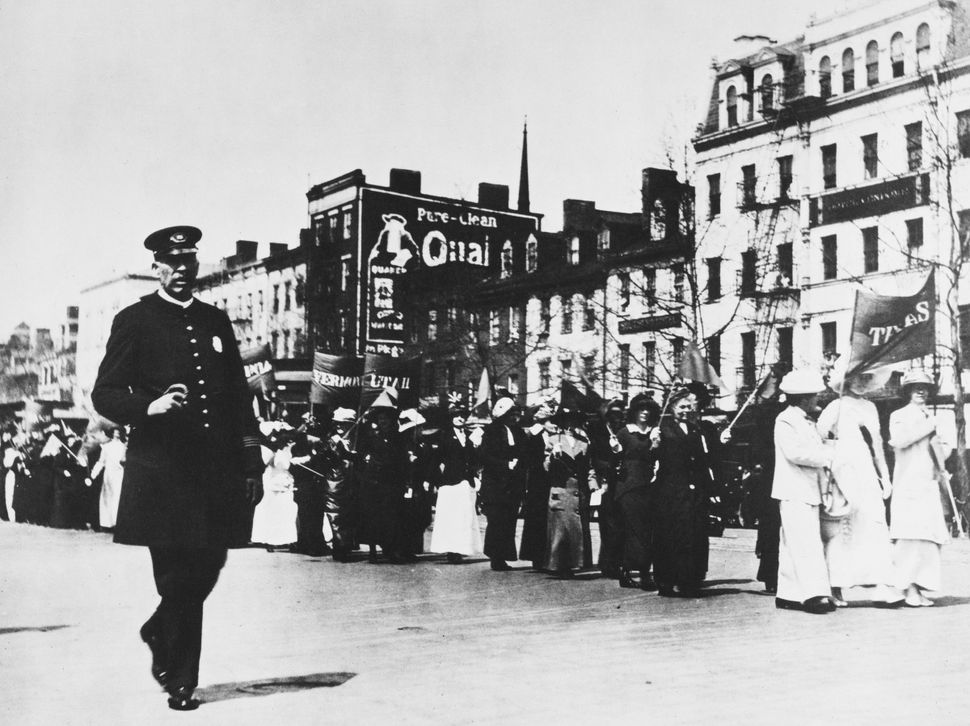 A police officer supervising a group of suffragettes during a parade in Washington DC, US, 7th April 1913. Image by Frederic Lewis/Getty Images

Mention to me that you’re celebrating the centennial of the 19th Amendment, and you might notice a slight cringe.

Don’t get me wrong. I’ve just finished a book about the history of Black women and the vote, so I am as interested as anyone in this anniversary and its significance to the nation’s past. But I cannot bring a spirit of celebration to the occasion. It just might get in the way of the story I have to tell.

August 1920 brought the ratification of the 19th Amendment to the United States Constitution, setting in place a prohibition against any consideration of sex when it came to voting rights. It was a sweeping revision that wiped away the words “men” and “male” from state laws that continued to limit ballot access to men only. After Tennessee ratified the Amendment — the 36th state to do so — women’s votes became a matter of constitutional concern, just as 50 years prior, ratification of the 15th Amendment had barred the states from using race as a prerequisite to voting rights. 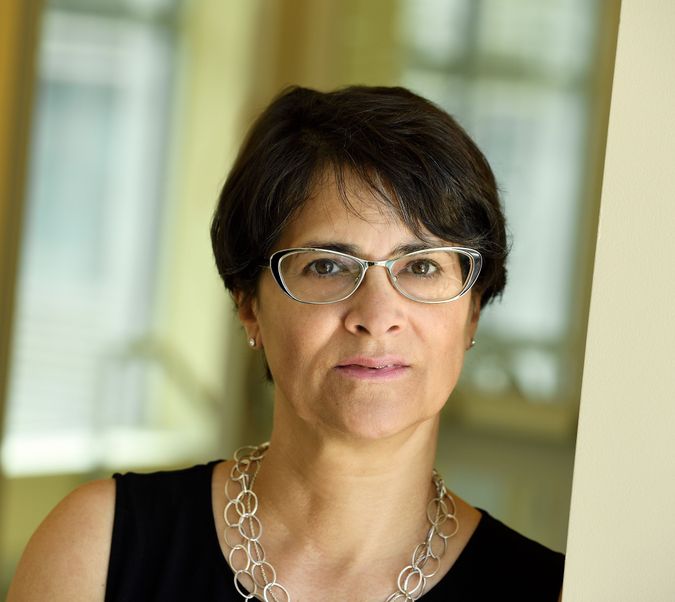 It was a landmark event that opened new doors to women’s political empowerment. So why not celebrate? The rest of the story is one about how, despite a long and hard-fought campaign for the 19th Amendment, too many Black American women were left behind. Despite new a constitutional provision that removed sex from voting rights regulations, the uneven and targeted use of laws that appeared neutral on their face — that is, they did not explicitly say that Black women could not vote — persisted. Many Black women in the American South remained disenfranchised after 1920, just like their fathers and husbands, who had lost the vote by the same subterfuge decades before.

When we appreciate what an open secret Black women’s disenfranchisement was in 1920, the facts of the 19th Amendment fit awkwardly with commemorative events that feature light shows, period costumes and marching bands. Members of Congress who promulgated the 19th Amendment, state lawmakers who ratified it, and suffragists themselves all understood that nothing in its terms prohibited states from strategically using poll taxes, literacy tests and understanding tests to keep Black women from registering to vote. Nothing in the new amendment promised to curb the intimidation and violence that threatened Black women who came out to polling places. Voting rights and voter suppression went hand in hand in 1920.

If I were to celebrate the centenary of suffrage, it would be in honor of the Black women who persisted despite the odds against them. They organized suffrage schools where they instructed one another in the necessaries: how to pay a poll tax, how to pass a literacy test, how to interpret the Constitution. They headed to the polls together, trading upon the relative safety of numbers. Some managed to overcome the obstacles laid before them. Too many others were turned away or stayed home, choosing safety over voting rights. Some met with terrorists who wore costumes, rode horses and burned crosses. There is a great deal in the courage Black women evidenced in 1920 to honor. But still, celebration isn’t quite right.

I am a historian. Fortunately for me, nothing in my job requires me to plan commemoration festivities. Instead, my work is to cut through half-truths and myths to equip us with the critical tools needed to think about the past and the future of our democracy. 25 years ago, historian Michel-Rolphe Trouillot looked back on the celebrations that marked the half-millennium since 1492, the year in which Christopher Columbus was said to have “discovered” the Americas. Trouillot warned historians away from such occasions, arguing that they ask us to promote sanitized, partial truths and even lies. The violent history of European contact with and conquest of the indigenous people of the Americas, including the brutalities wrought by Columbus himself, were muted and even omitted in efforts to cast the anniversary year as a celebration. Such framings may have filled the coffers of tourist venues and souvenir sellers, but they did little to promote critical understanding of how colonialism devastated the people and the lands of the hemisphere.

So, don’t look for me at upcoming celebrations. When asked about why I stayed home, I’ll note that the centennial of the 19th Amendment marks a milestone in the American story of voting rights. I’ll add that remembering that era of voter suppression may help us to see more clearly how ballots are being withheld from Americans in our own time. It may even encourage us to recommit to the ongoing work of ensuring the voting rights of all Americans. And I am eager to contribute the stories of Black women to our collective understanding of the 19th Amendment. But as a nation, we are not yet ready for that grand celebration. The promise of voting rights for all still remains on the horizon.

Martha S. Jones is a historian at Johns Hopkins University and the author of “Vanguard: How Black Women Broke Barriers, Won the Vote, and Insisted on Equality for All”