Sorry, Lincoln Project. Jared Kushner is not quite the picture of Dorian Gray 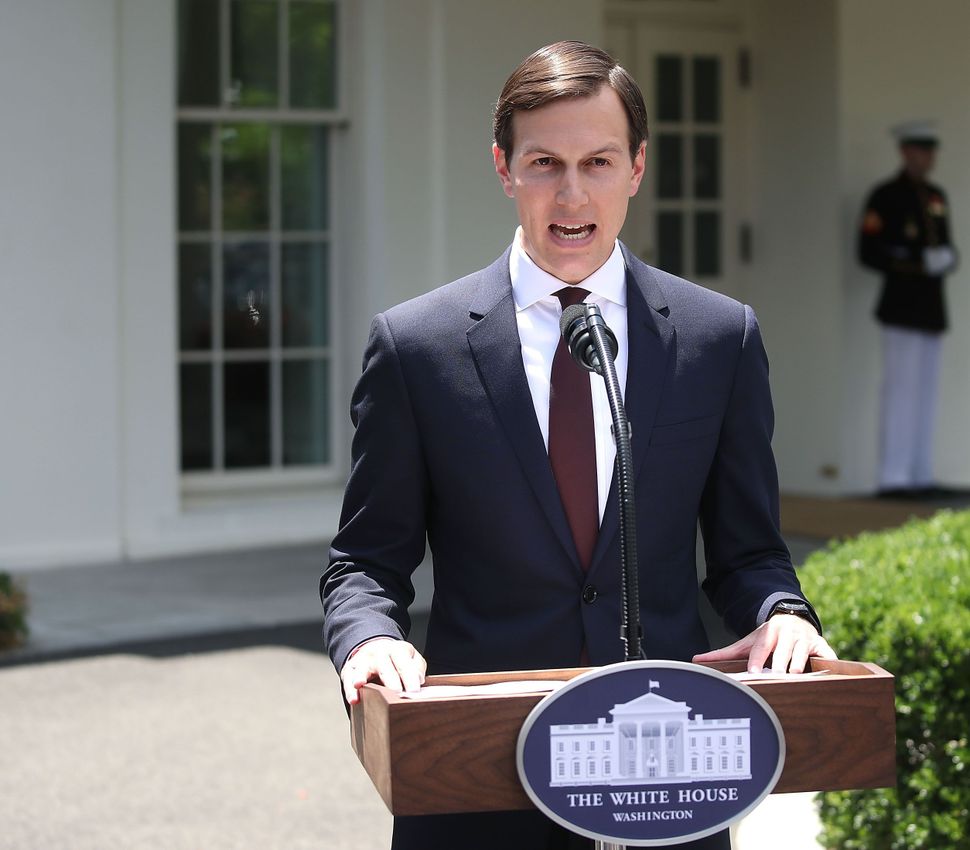 Do president’s sons-in-law get portraits in the West Wing? Asking for the Lincoln Project.

At press time, the Republican-led anti-Trump group, known for their viral ads excoriating Trump and his enablers, is trending the hashtag #JaredIsEvil. The Jared in question is Kushner, and this time the target is his alleged neglect of states with Democratic governors during the coronavirus pandemic.

“Evil is real,” a stentorian voice intones over pictures of Kushner in the project’s latest spot. “We ignore it when it seems educated, polite, superficially charming even sophisticated.” The ad got traction, and maybe even makes some valid points, but a follow-up tweet from the Lincoln Project account has me scratching my head.

The Picture of Dorian Gray was actually based on Jared Kushner. #JaredIsEvil

That’s right, the folks at the Lincoln Project have claimed that Kushner was the inspiration for Oscar Wilde’s 1890 novel “The Picture of Dorian Gray.” The claim is clearly not meant to be taken in earnest. Kushner was born a century after the story first appeared in Lippincott’s Monthly Magazine. But even on the merits of analogy this is a super-weird comparison.

For those who didn’t read Wilde’s book in high school English, it follows the life of a morally bankrupt hedonist in Victorian London. Gray is a man-about-town and a bounder of remarkable physical beauty who, by a magical conceit, transfers his interior ethical rot to the visage of an oil portrait of himself and (130-year-old spoiler) dies when he stabs the picture.

I’m not sure which part of this sounds like Kushner.

Gray is a typical Wildean gentleman. He appears to have no real occupation, much less a high office. Gray’s crimes are ones of libertinism and occasional murder. Kushner, on the other hand, while well-off like Gray, appears to have more jobs at higher levels of government than any person in U.S. history has held at the same time. The crime or “evil” he’s accused of here is not the odd stabbing, but failing to form a national plan for pandemic response due to the fact that blue states were being slammed hardest by the coronavirus. Gray is ruled by fits of passion and nominal guilt, whereas the Lincoln Project presents Kushner as a calculating sociopath.

Finally, we must come down to the crux of what makes Dorian Gray a unique reference in a long line of more apt literary avatars. Gray’s primary feature is his appearance, to which hundreds of homoerotically-coded words were devoted. Kushner is… well, we just don’t see it. He looks like a perpetual adolescent or a first draft of a human male or a composite image of an average white guy. And while the painting of Gray took the brunt of his awful deeds, leaving his real face uncommonly comely, many have noted that Kushner’s face has become sallow and alarmingly skeletal since he started to work in his father-in-law’s administration.

That said, some people have, for some reason, compared Kushner’s looks to those of Hurd Hatfield, who played Gray in the 1945 film. Again, we don’t see it.

So what are we to make of this comparison? We can only conclude that the folks at The Lincoln Project never read — or saw any of the film adaptations — of Dorian Gray. Unless… stay with me here.

It may be that they were not speaking figuratively and perhaps know something we don’t.

Maybe Kushner is older than he looks, preserved in boyishness by the magic of Basil Hallward’s paints. Maybe this immortal Kushner knew Wilde in his opium-eater days, before he developed political ambitions and was placed in charge of pandemic planning and peace in the Middle East.

Sorry, Lincoln Project. Jared Kushner is not quite the picture of Dorian Gray