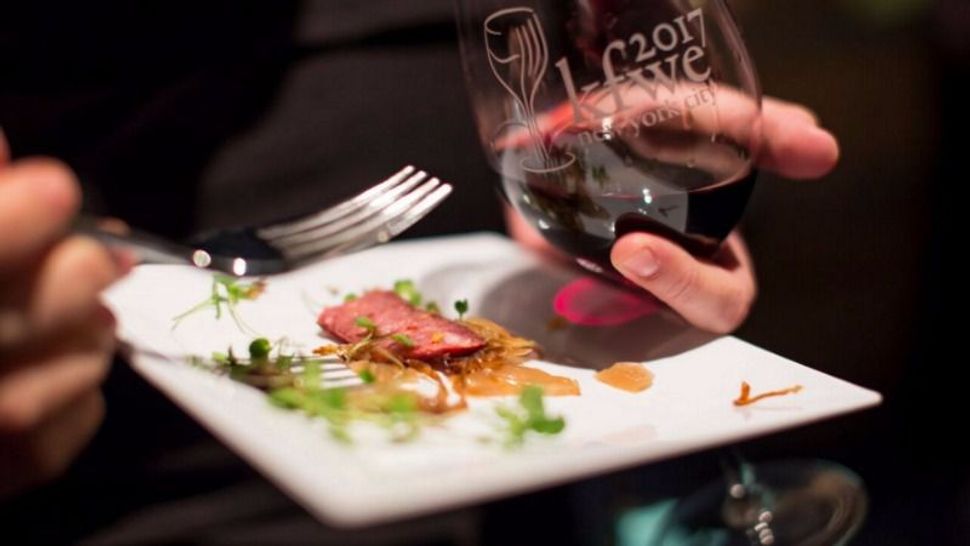 Sipping my way through Monday’s Kosher Food & Wine Experience at Chelsea Piers, I was struck by a palpable excitement in the air. The place was packed, the mood was convivial and the wines I tasted were notably high quality.

Among the highlights was the 2014 Covenant Israeli Syrah from Covenant Winery’s new Israeli vineyard in the Golan Heights. I enjoyed talking with Covenant’s Jodie and Jeff Morgan, and their Israel-based daughter Zoe, about their new Israeli winery — and will explore the topic further in another post. The Syrah was dense, fruity and a little spice, nicely structured and very easy to drink.

I was also impressed with the number of new kosher wines from Bordeaux, from several estates that only make a small quantity of wine under kosher auspices, all with the help and oversight of Menahem Israelovich. These included Château Giscours, Château Léoville and a small champagne producer called Drappier. (More on this later too.)

Interestingly, one of the first wineries we approached, Shiloh, is rumored to be a favorite of one Jared Kushner. While we were unable to confirm, we heard that the second son-in-law may have drunk the winery’s flagship wine, Mosaic, at the Shabbat dinner following the Inauguration — and liked it so much that he put in an order for more. We liked it too — the full-bodied Bordeaux-style blend was complex but also smooth — it would be great with food but also on its own. We’ll see what else we can find out about the Kushner connection.