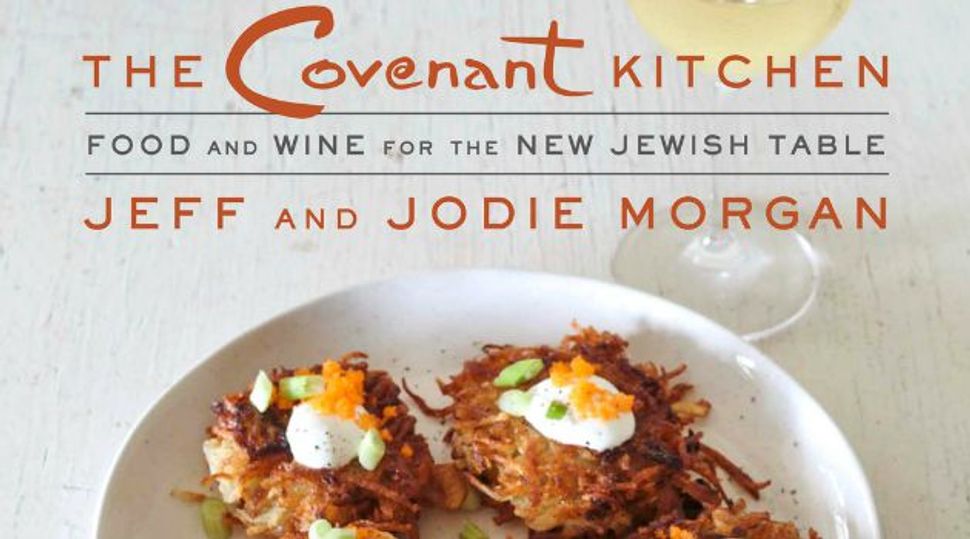 This is an occasional column in which the writer evaluates a cookbook by making some of its recipes, sharing the dishes with friends and asking what they think of the results. For Purim, she cooked her way through “The Covenant Kitchen: Food and Wine for the New Jewish Table” by Jeff and Jodie Morgan.

Despite what people may think about winemakers — that they’ve always got a bottle of something open to drink — Jeff Morgan says that’s not the case with him and his wife, Jodie Morgan.

“For us, wine is really about eating, not just about drinking,” he said. “We rarely drink wine without food — it just doesn’t happen in our house. It’s all about sitting down and sharing something that tastes really good with each other, with our friends and our family.”

Jeff and Jodie Morgan have collaborated on seven previous cookbooks, most of them for wineries or restaurants, but their latest, “The Covenant Kitchen: Food and Wine for the New Jewish Table” (Schocken), features the kinds of dishes they are likely to make at home. Many have nothing Jewish about them but are easily made kosher, and some are twists on old Jewish classics, like the gefilte quenelles with braised leeks and lemon zest, and the fish soup with matzo balls and aioli.

Their history is well known to some. (In fact, I told it 10 years ago in an article for our local Jewish paper and — full disclosure — I’ve been friendly with the couple ever since.) Jeff Morgan was a secular Jew when he and his winemaker colleague Leslie Rudd wondered why no one in America was making a kosher wine that was up to their standards. With Rudd — owner of Dean & DeLuca, among other things — backing him, Morgan set out to make one, and with the help of the Orthodox team at Baron Herzog, in Oxnard, California, the first vintage of Covenant was born in 2003 and released in 2005. 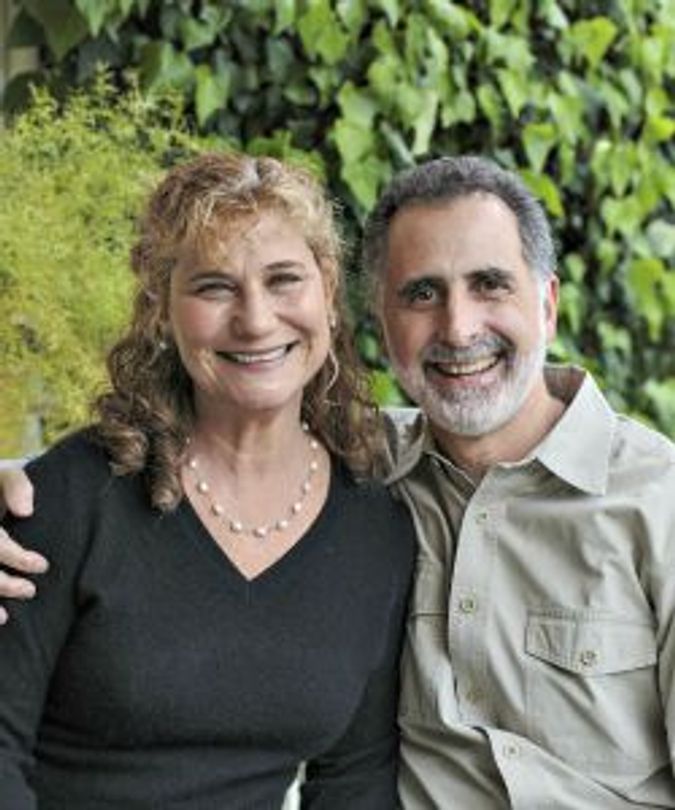 A lot has changed for the Morgans in 10 years, both professionally and personally. While Covenant gained praise in the wine world right away, the Morgans have since introduced several more affordable labels. (Covenant debuted 10 years ago at $85 a bottle.) As empty nesters, the Morgans decided they were ready for a change, and they left Napa Valley for Berkeley, where they opened their own winery — the only kosher one in town. And while their associate winemaker, Jonathan Hajdu, has been the mashgiach, the kosher supervisor, for quite some time now, and is the one to handle all the wine, the Morgans have joined a synagogue — an Orthodox one, no less — for the first time in their lives, and are keeping a kosher kitchen.

“The Covenant Kitchen” is a departure for the couple because keeping the laws of kashrut is relatively new for them. Still, they found that many of the recipes they enjoy at home can easily be made with kosher ingredients, and while there were already a few kosher cookbooks with wine pairings on the market, they wanted to improve on that concept.

Each recipe in the book is accompanied by a wine-pairing suggestion. “Many different kinds of wine will work very well with the same dish,” Jeff Morgan said. “While we talk about different varietals and styles of wine that would be suitable for a dish, there are lots of ‘right’ wines. We’re trying to help the reader understand… they don’t have to be afraid of picking the wrong wine.”

When I told Morgan I was doing one of my taste-testing dinners, he recommended a Purim menu of dishes that can be prepared in advance (more time for celebration), complete with wine pairings.

Here’s how it went:

The Morgans once lived in Nice, France, where an onion tart called a pissaladière is popular. Their , which is loaded with caramelized onions and olives, is a real gem. While their crust calls for all-purpose flour with a half-cup of high-gluten flour, my market didn’t have the high-gluten stuff. They say you can also use bread flour for the whole thing, but I used all-purpose, with a bit of wheat-gluten added. My dough was incredibly sticky, and at first it didn’t seem to be rising. But it was 74 degrees out on this Bay Area February day — don’t hate, East Coasters — and I put the bowl of dough outside in the sun with a bowl of hot water beneath it, which did the trick.

Since there were only four of us, I froze half the dough for another time, and halved the toppings. The recipe called for slices from six large onions, and those that I had from three barely fit into my 12-inch skillet; I hate to imagine fitting twice as many in there, but eventually they do cook down. The onions are seasoned with garlic and thyme, and placed on the crust after it’s rolled out. Olives are put on top, and the tart is baked for 15 minutes in a very hot oven.

We ate the tart paired with the Red C rosé. We loved the combination of the sweet onions with the salty and briny olives, and the wine really complemented that flavor combination. We all felt the crust could have used a bit more salt, but my friend Jon noted how “toothsome” it was. While three of us loved the tart as is, Jon thought rosemary would really take it over the top. I had some rosemary salt, and we added that for a test and thought it gave an added dose of wow. (Later, I realized that brushing the crust with rosemary oil would also be a great variation.)

We loved how the tart was like a pizza but not a pizza. Since it has no cheese, it’s perfect for a meat meal. (And while I thought I might miss the cheese, I did not.)

Next I served curried butternut squash soup. I have to admit, butternut squash soups are often too similar to excite me. The Morgans advised not to blend theirs all the way, in order to add to its rustic feel. Onion, fresh ginger and curry powder gave it so much flavor that my friend Nancy thought she was eating a soup with chicken stock, though it was made with vegetable stock. Jon said, “The aromatics on this are exquisite,” and we all liked tasting individual bits of ginger and onion. My husband, Paulie, also not the biggest butternut squash soup fan on the block, said he loved how this soup was sweet, salty, spicy and savory all at once.

For the main dish I served spiced lamb meatballs with tomato sauce and freekeh, in which ground lamb is mixed with garlic, spices, chopped onion and breadcrumbs, with an egg to hold it all together. The meatballs are browned in a skillet, then removed, and then a tomato-wine sauce is made in the same pan. Nancy loved the warmth of the spice combination in both the meatballs and the sauce, calling it “perfectly balanced.” Paulie said it was “obscenely delicious.” Red C Red really stood up to the spices and brought out the flavor.

An arugula salad with radish and avocado topped with a bit of dried tarragon, lemon juice and olive oil left us a bit underwhelmed. While there was nothing wrong with it, we thought it could use a sweet element, like shredded carrot.

For dessert I served coconut-cherry rice pudding. I liked that it not only had coconut milk, but shredded coconut, too, giving it a more unusual texture than most rice puddings. Also, while the cookbook didn’t specify, I chose to use tart cherries, which made the overall experience not too sweet. Since Nancy puts coconut in her morning oatmeal, she couldn’t get beyond the fact that it gave her “a breakfast experience.” It didn’t seem sufficiently “dessert-y” to her, and the rest of us enjoyed it but probably wouldn’t go out of our way to eat it again.

Overall, we loved our meal from this book. The dishes were rustic but elegant, certainly good for a dinner party — and even better with several bottles of wine.

Alix Wall is a freelance writer and personal chef in Oakland, California. You can find her at The Organic Epicure.