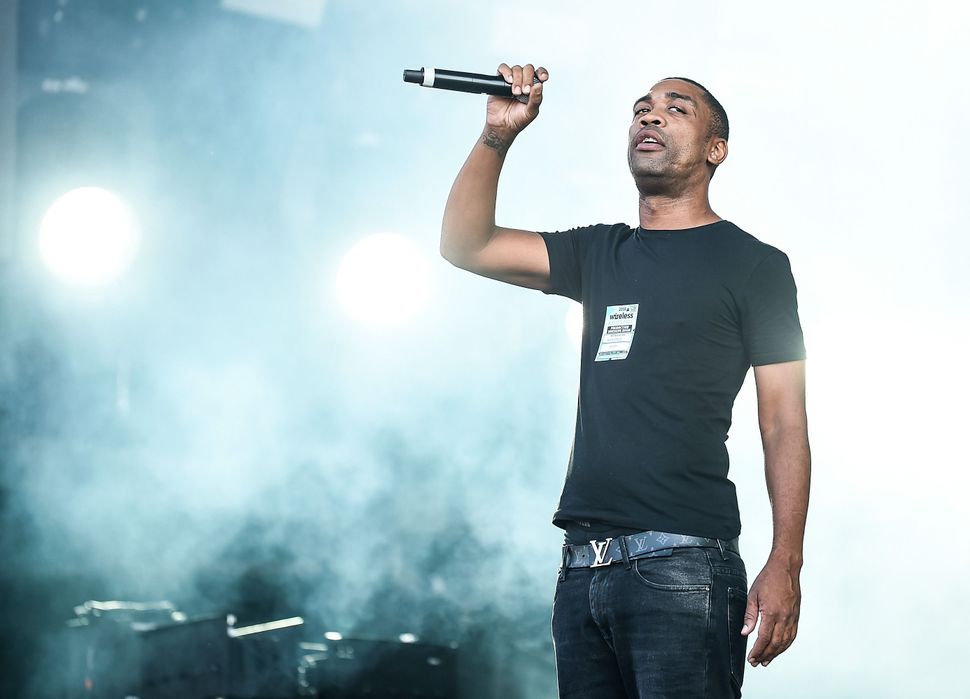 British rapper Wiley, who last month went on a 48-hour antisemitic tirade on Twitter before he was banned from the platform, has defended his remarks and insisted his removal from social media proves his point that Jews “run the Earth.”

In an August 21 episode of the “1 Po Show,” a YouTube series on the FilthyFellas channel, Wiley, whose real name is Richard Kylea Cowie Jr., said that Nick Cannon’s comments prompted his stream of consciousness posts. Wiley insisted the comments weren’t “vicious” or “malicious,” but meant to instigate the reactions of Jews in shutting him down.

When asked about the incident by the host, Poet, he said he was right that the “Jewish community do own a lot of s—t on this planet, and they do, with other societies, run the Earth.”

Wiley said he knows not all Jews are rich, but said that he believed Jews are no longer an oppressed group and that he’s had bad encounters with them.

“I’ve never had a problem with anyone in business other than with some of the Jewish community that I’ve worked with,” Wiley said.

Wiley admitted he anticipated that his remarks would upset people, but said that he believes a double standard is being applied to him as a Black man. He referenced a 2018 incident where Israel’s Sephardic Chief Rabbi, Yitzhak Yosef, likened Black people to monkeys and referred to them as the Hebrew slur “kushi.”

“I’m not saying everyone in the Jewish community agreed with him,” Wiley said. “They didn’t shut down his Twitter, Instagram, Facebook and YouTube. When I saw that I learned something – you can’t make somebody care about your history more than they care about their own.”

As the Jerusalem Post reported, Rabbi Yosef was the subject of an investigation by the Israeli Justice Ministry for his remarks. Wiley believes he was targeted, claiming that Twitter, Instagram and Facebook as well as YouTube and Google are owned by Jews.

In the half-hour conversation, Wiley’s cadence and stream of thought closely resembled his marathon rant on Twitter, alluding to Jewish control, distinguishing himself from Hitler by saying he doesn’t have “goons” and “tanks” and insisting he wasn’t antisemitic but merely wanted to show that some Jews were responsible for the “unfair world” Black people encounter.

“My comments should not have been directed to all Jews or Jewish people,” Wiley said in an interview with Sky News last month. But, in the YouTube interview, while Wiley took care to mention he was referring to Jews within the music industry, he also indicated that the Jewish community — many of members of which participated in a 48-hour Twitter walkout protesting his comments — was united against him.

“No matter what I said, a community came out the other day and stuck together.”