Are Jews who play baseball on the High Holidays really cursed? 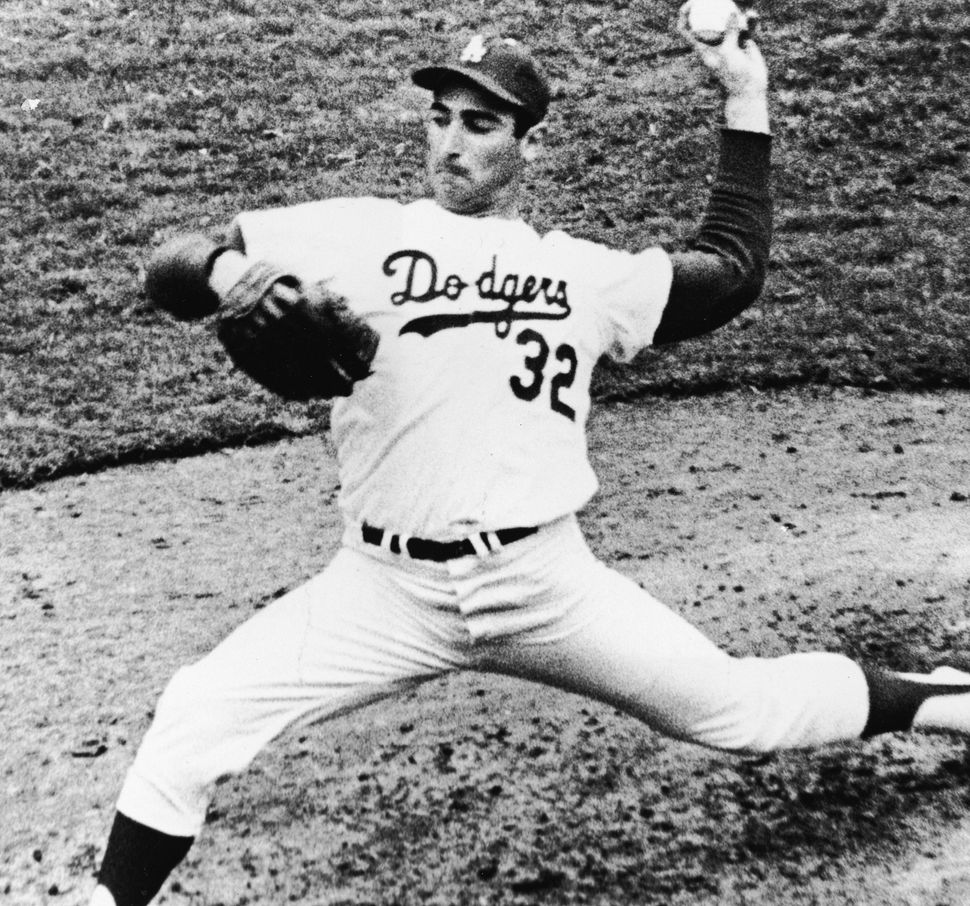 In the fall of 2019, Yom Kippur offered a unique moment in the history of Jews and baseball and the endless debate over whether Jewish players should play on Yom Kippur. Three Major League postseason games began in that 24-hour period. One team in each game featured a Jewish player as a star or significant contributor. Each Jewish player appeared in the game. Each team lost.

Writing on this site, Armin Rosen labeled this the “Koufax Curse” — the curse of the Jewish player who plays on Yom Kippur, rather than following in the footsteps of Dodger Hall-of-Famer Sandy Koufax, who famously did not pitch Game 1 of the 1965 World Series on Yom Kippur 5726.

Rosen acknowledges that “it’s a theological stretch to claim that there’s some kind of Koufax curse at work here whereby Hashem punishes teams whose star Jewish players don’t sit out on Yom Kippur. That would be an absurd and completely nondisprovable thing to assert …Why would Yom Kippur observance be the determinative factor in a baseball game? Surely Hashem isn’t that petty.”

But correlation does not require causation. There might be a Koufax Curse in the sense of diminished performance by Jewish players and their teams — whether the cause be divine will, Jewish guilt, regression to the mean or the nature of baseball as a game of failure. I have endeavored to test the Koufax Curse by looking at the performance of 36 players — 18 pitchers and 18 position players, for obvious reasons — since 1966; I examine how often they played on some part of the holy day, how they performed and how their teams performed. This essay summarizes the results and conclusions from that study.

Koufax’s 1965 Yom Kippur non-start stands as a watershed event in Jewish baseball — whether because of recency bias (favoring recent events over historic ones), Koufax’s unique greatness or that it occurred in the World Series for the last time. This study thus begins in 1966 (Yom Kippur 5727), the year after that watershed — the beginning point for any “curse” that might befall Jewish players who fail to follow Koufax’s lead.

Each player in the study has at least one Jewish parent, self-identified to some degree with his Jewish heritage, and has been featured in one or more of the many, many books and online collections about Jewish baseball players, including this site. Players are listed in chronological order of the start of their careers.

A Curse? Teams perform below-average if one of their Jewish players doesn’t observe Yom Kippur. Image by Howard M. Wasserman

In 118 games, teams are 53-65 when a Jewish player plays at any point on Yom Kippur, 12 games below .500; eight games under on Kol Nidre, four games under before sundown the following day, and even in games played as or after the holy day is ending. This is a .449 winning percentage, projecting to a 73-89 record in a 162-game season. Teams won seven of 21 games in which the Jewish player was a pitcher, a .333 winning percentage. Winning percentages and projected wins are lower on Kol Nidre and during the day on Yom Kippur.

Teams had a -102 run differential when Jewish players played, meaning they surrendered 102 more runs than they scored. Interestingly, teams out-performed that run differential. A team with those numbers of runs scored and runs allowed expects to win 48 of 118 games, five fewer than teams won.

The next table shows combined performance for the 18 position players in the study, again broken down by games on Kol Nidre (the evening service that starts the holy day), daytime on Yom Kippur, and evening on or after the holy day ends.

An Average Performance: Batters who play on Yom Kippur hit about .267 overall. Image by Howard Wasserman

As a group, position players match career batting average and OPS (on-base percentage plus slugging percentage) for all games. They significantly out-perform on Kol Nidre — surprising, given overall team records in those games. Only in Yom Kippur day games, the smallest of the three classes, do they under-perform career numbers, to a significant degree.

Ninety-seven games represent 59.9 % of one season. Imagining these as the statistics for one Jewish player (call him “Moses”). Table 4 projects performance over a 162-game season.

How Would Moses Bat? An imaginary player with these stats would not be a standout. Image by Howard M. Wasserman

The final table shows combined performance for the 18 pitchers in the study in each category of Yom Kippur games, all holy day games, and career totals.

Pitcher Stats: Though the sample is small, the performance of pitchers who played on Yom Kippur is not impressive. Image by Howard M. Wasserman

Pitchers offer a smaller sample than position players, with fewer games and fewer innings pitched. Sixteen of 21 appearances were in relief, the average lasting fewer than three innings. A Jewish pitcher earned a decision in five games in which any Jewish pitcher pitched, going 2-3 with one save; the win or loss was charged to a different, non-Jewish pitcher in 16 games.

So, does the Koufax Curse exist, even as a correlative matter?

At the individual level, the answer appears to be no. As a group, Yom Kippur numbers for position players outstrip their career averages; they hit for higher average, if limited power and run production. Pitcher performances have been mixed, with some poor games balanced by several good starts and a few good relief appearances.

At the team level, however, something strange happens. Teams are 12 games under .500 in all Yom Kippur games, with a performance projecting to a worse record. When a Jewish player plays, their teams are the equivalent of a 73-89 team. In other words, any curse appears to target not Jewish players, but their non-Jewish teammates, with consequences befalling the team as a whole. Perhaps this warrants a new approach to Yom Kippur — teams should welcome and encourage Jewish players to sit these games out. The media can retire the historic narrative of a dilemma between team and faith or of a player letting his teammates down by missing one game that could decide the season. The story becomes that the Jewish player helps his team and supports his teammates by not playing, at least for one or two games. The player becomes a hero to Jewish fans, offers the team an ironically better chance at victory, and perhaps appeases Hashem.

This revised narrative recalls the story of Jonah, which, fittingly, we read on Yom Kippur. Facing a storm certain to wreck the ship and kill all on board, Jonah urges his shipmates to throw him overboard, because God’s anger at Jonah caused the storm. The crew reluctantly does so, after which the “sea ceased from its raging.” Perhaps by casting their Jewish teammates into the sea of a day off, the storm of defeat will cease from raging that day.

Of course, teams also under-perform when their Jewish players do not play on Kol Nidre or during the following afternoon. The foundational events that beget any curse reflect this. With Koufax sitting in a Minneapolis hotel room, the Dodgers lost Game 1 of the 1965 World Series. Dodger starter (and future Hall-of-Famer) Don Drysdale surrendered seven hits (two home runs) and seven runs (three earned) in 2 2/3 innings. The oft-repeated story is that when manager Walter Alston pulled him from the game, Drysdale said, “I bet you wish I was Jewish today, too.” And as bad as team records are, they are better than expected — Hashem helping teams overcome that lackluster performance.

Perhaps the answer is that no one should play on Yom Kippur, at least not teams with Jewish players. Like public schools or the Supreme Court, baseball teams should benefit from the day off that the Hebrew calendar and a Jewish population offers. Jews can recommit to their faith. And everyone can be ready to play the next day.

Howard M. Wasserman is Professor of Law and Associate Dean for Research & Faculty Development at FIU College of Law.

Are Jews who play baseball on the High Holidays really cursed?