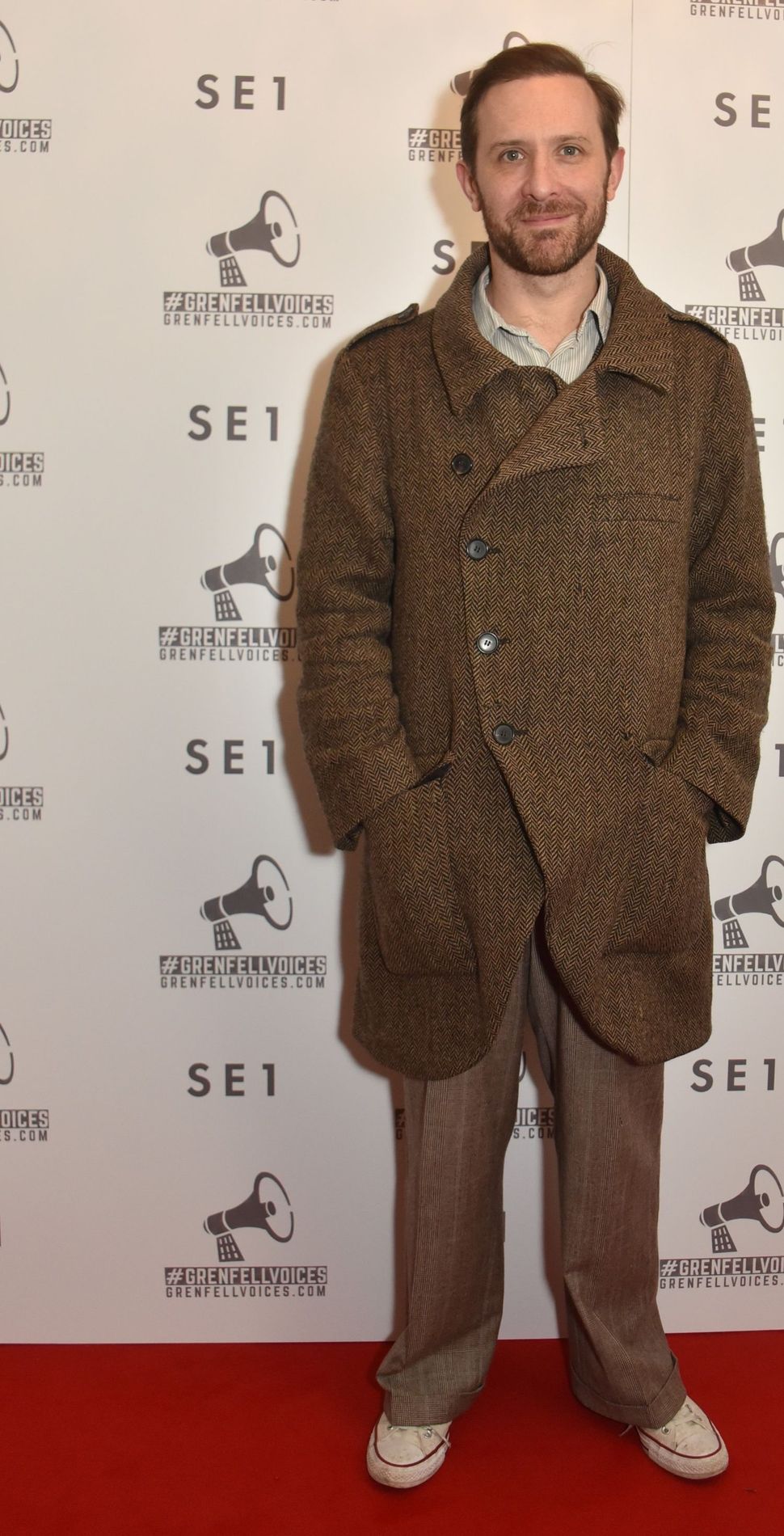 When “The Jewish Enquirer” debuted on Amazon in March of this year, its chosen world of Jewish reportage was on the eve of a major disruption. The timing couldn’t have been better — or, perhaps, worse.

The sitcom, which follows freelance reporter Paul Green’s Larry Davidian peregrinations through North London, arrived just before Britain’s leading Jewish publications, The Jewish Chronicle and the Jewish News, were liquidated. In theory, this would have been potentially great news for Paul, whose own (fictional) Jewish outlet, the titular Enquirer, is billed in the credits as the U.K.’s fourth-largest Jewish publisher. Yet it would be wrong to say that Paul was moving up in the world or that the show has any delusions about the cachet of Jewish journalism in a country with just 250,000 Jews — or a whopping 0.2% of Brits.

The running joke is how trivial the enterprise of the minority ethnic press so often is. Paul’s unseen editor prompts him to find the Jewish angle (or “Jangle”) to anything meatier than bereavement sessions with Israeli and Palestinian mothers, thus precluding any real groundbreaking work on national issues. The coda to each episode shows Paul reviewing the website’s landing page, spangled with “exclusives” about the chief rabbi’s shopping habits and the cloudy weather in Tel Aviv.

But underpinning these pitiable scoops is the show’s true point of inquiry — where Jews fit into British society. The question is not so much where they might slot in as individuals, but as a minority group with supposed privilege.

The show’s creator Gary Sinyor, born to Sephardic parents and now living in the Jewish enclave of Finchley, where the show is set, said that he was inspired by “Curb Your Enthusiasm” to create his own avatar of British Jewry.

“American Jews have a lot more confidence,” Sinyor told the Jewish Journal in March, citing the estimable American Jewish imprint on U.S. television. “Here, we’re a much smaller community but we’re rather reticent about our Jewishness. I wanted to fight back at that. I wanted to express my confidence in being Jewish in a way that people in America have been doing for decades.”

That context makes all the difference. While Paul, played by the non-Jewish actor Tim Downie, might be informed by Larry David’s travails, his status is considerably lower. He is a young, not well-off and not well-connected. Often Paul’s misadventures stem not from minor social grievances but from a justifiable paranoia in the face of micro- and, at times, macroaggressions.

While he’s interviewing a non-Jewish vegan baker, for instance, he first offends her by killing a fly in her presence. Later, when he comes to make amends (she promised to buy ad space), she suggests to him that Torah scrolls should be made vegan and that the ones on parchment should be retired to museums. Paul crows antisemitism, which seems a bit too harsh, until the baker targets a new kosher butcher for a boycott.

This is far from the only instance where Paul cries prejudice. At a costume party, a vicar overhears Paul singing “Away in a Manger” while he’s peeing. The vicar (who decided to dress as an imam) confronts him, asking how he’d feel “if I was taking a crap and singing the Kol Nidre?”

But what animates “The Jewish Enquirer” is Paul’s own cultural blindspots. He’s not quite Archie Bunker, or even Larry David, but he is nonetheless mildly homophobic, transphobic and ableist. Yet, we empathize with him as he is beset by visible prejudice and, as we see late in the series’ run, grappling with his own place in a paradigm of adversity.

In line at the florists, Paul accidentally cuts a Black man. Defending himself, Paul tries to reassure the other customer that he is for “BAME rights.”

The man presses him to tell him what the acronym stands for. Paul doesn’t quite know, but when he learns that it stands for “Black, Asian and minority ethnic,” insists that he, as a Jew, must also be included.

“No, it’s meant to protect the underprivileged,” the other customer insists. “You can’t tell me that Phil Green and Harvey Weinstein are BAME.”

It’s a valid point. But then the gentleman suggests that while Black people are stopped by the police for weapons and drugs, Jews might be stopped for “minority ethnic bank fraud.” In the end, both parties, and the Middle Eastern florist, reveal themselves to have their own brand of bias.

While the show is by no means an indictment of Britain as an antisemitic country (Sinyor believes Labour’s antisemitism row was overblown), it nonetheless conjures something unique about British Jewry’s position. While white Jews benefit from white privilege, high-profile incidents have proven that they can still be targeted for attack in the U.K.

This summer, the rapper Wiley, who had more followers than there are Jews in Britain before being removed from social media, went on a 48-hour antisemitic tirade about Jewish control, prompting a two-day Twitter walkout and inspiring online attacks on Jews of color, both from Black people and their white coreligionists. Last month at a pub in Leeds, a young Jewish woman was told “we should have gassed the f—ing lot of you,” as other patrons looked on.

The problems that Paul faces, while nowhere near this hostile, ring true and add a measure of urgency to its own existence — one where representation might truly matter. And it’s more confidently Jewish than even its well-established inspiration.

That the show feels fresh and funny and vital in a way “Curb” now rarely does can be attributed not just to its British backdrop, but an explicit Jewishness that only ever occupies a handful of American sitcoms per season (when did David or The Goldbergs mention “Kol Nidre”?). It certainly has considerably more bite and Jewish insight than its most memorable competitor in the British Jewish sitcom space, BBC’s “Friday Night Dinner.” Yet its charged Jewish audacity presents both the paradox and promise of “The Jewish Enquirer.” It’s hard to imagine the independently-produced series having a wide reach given its own tiny demographic and seems, itself, profoundly aware of that. And yet, it exists for those whose voices aren’t often heard and, via Amazon, is available to the broader Jewish world.

In Paul Green, Sinyor has given British Jews a troubling, but sympathetic champion rarely seen outside of a Howard Jacobson novel. By making him available on a streaming site, he’s expanded our view of the Jewish experience. That doesn’t mean its work is done — Jews of color are notably absent from the series and, while the showrunner is Sephardic, his characters dwell in Ashkenormativity. Still, one can’t say it’s not progress for a usually stiff-upper-lipped (and so largely quiet) corner of the world’s Jewry.

At a time where the Wileys and white nationalists of the world are clamoring to paint us all with the same stripe, it’s vital work. And funny, too.