For America, Ruth Bader Ginsburg was a new kind of Jew 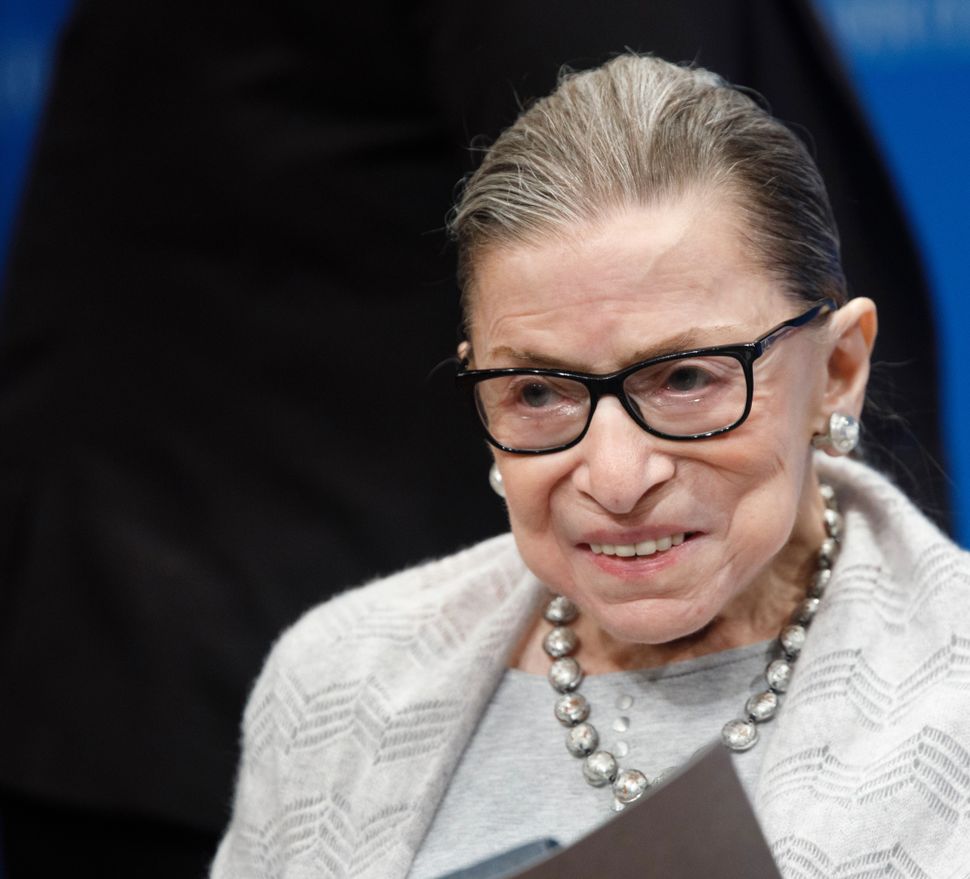 In 1852, the Kentucky politician Henry Clay became the first person to lie in state in the United States Capitol Rotunda.

A skilled liaison between political opposites, Clay favored abolition and inspired Abraham Lincoln. But through his life, he was also an enslaver who enforced his supposed right to own people as property, even as he decried slavery as “a grievous wrong.” Since Clay, the tradition of lying in state has served as both a totem of the country’s drive toward progress and its reluctance to address its greatest failings. The congressmen John Lewis and Elijah Cummings, both civil rights heroes, lay in state. So did former FBI director J. Edgar Hoover, who built a national security apparatus that routinely violated civil liberties.

On Friday, Ruth Bader Ginsburg will become the first woman, the first Jew and only the second Supreme Court Justice to lie in state at the Capitol. It will make a meaningful final appearance for the late jurist. Having spent much of her life fighting to open doors historically barred to those who were not white Christian men, she will be a pioneer for her gender and religion in death as in life, serving, in the mixed tradition of the honor, as proof of both progress and that progress’s incompleteness. And in a quieter, no less momentous way, the occasion will be the culmination of a process by which Ginsburg, first as a judge and then as a pop culture icon, remade American ideas of Jewishness, turning her background from a perceived impediment to a marker to be celebrated and respected.

How did the girl from Flatbush pull it off?

The short answer: The same way she did everything — through hard work.

“Ginsburg grew up in this very Jewish world, where your identity was shaped not just by your family or by your beliefs, but also by the neighborhood, by the high school, by the milieu of New York City and its politics,” said Deborah Dash Moore, professor of history at the University of Michigan. Then Ginsburg left Brooklyn for Cornell, where, suddenly, being Jewish put her in the minority — as did being a woman. Through Ginsburg’s years at college and law school, and in the earliest period of her career, Moore said, the future justice became “really conscious of what it means to be a woman, and what it means to be a Jew, what it means to not be welcome in certain places.”

As Ginsburg’s sense of the injustice of that exclusion sharpened, she began a systematic fight for gender equality. “I think one has to recognize, especially in the late ’60s and ’70s when she’s pressing the cases she brings to the Supreme Court for equality, these are also cases, implicitly, about a Jew arguing for equality for everybody,” Moore said.

The Supreme Court made a poignant stage for that argument. Historically, it had been the branch of the federal government in which Jews made the greatest impact. The 1930s-era justice Louis Brandeis, the first Jew to sit on the Supreme Court, had become firmly enshrined as one of the institution’s greatest jurists; his successors, including Benjamin Cardozo and Felix Frankfurter, were powerful legal thinkers who had made themselves central to the institution. But antisemitism had followed all of them, particularly Brandeis, on their paths to the highest court in the land. Brandeis’s progressivism already set him up for a bitter confirmation battle, but, as his fellow justice William O. Douglas wrote in 1964,”The fears of the Establishment were greater because Brandeis was the first Jew to be named to the Court.”

Brandeis, a campaigner for the rights of those to whom the country had often denied basic dignities, was Ginsburg’s judicial model. But the form of Judaism she brought to the court was substantially different from his. Where he was highly assimilated and fond of Biblical references that appealed to Jews and Christians alike — he was sometimes referred to as “The Greatest Jew in the World Since Jesus Christ” — she was an unabashed Brooklyn Jew. There was no masking it, and she didn’t try. “She never couched the fact of her having been born and raised a Jew as anything other than central to who she was,” said Hasia Diner, professor of American Jewish history at New York University. “She spoke and wrote and performed her Jewishness in an unembarrassed way.”

But Ginsburg’s experience of Judaism was complicated, changed forever by the fact that when her mother died during her teenage years, the community in which she was raised hadn’t allowed her to join a minyan to say Kaddish. So while her Jewishness was apparent in every part of her persona, from her accent to her favored cultural references, she had more in common with the secularized Jewish women who defined second-wave feminism than the Jewish men who preceded her on the court. And when she stood in the court as a lawyer, arguing the cases by which she methodically advocated for women’s equality with men, she was bridging the gap between those male predecessors and her feminist peers.

In doing so, she established an expansive vision of equality, one that set the stage for the ways in which she reshaped and expanded America’s idea of what it meant to be Jewish.

Like the Jewish women whose fierce organizing had shaped the labor movement, Diner said, Ginsburg showed up to her fight “in the context of bringing greater justice to the world.” In a world where antisemitic stereotypes of Jews as an insular group only interested in their own advancement abounded, “everybody was within her scope.” But because Ginsburg was herself so absolutely Jewish, for those who followed her work — by the end of her life, much of the country — she helped form an instinctive bond, in the minds of the public, between Judaism and the quest for social justice.

“I think that she introduced non-Jewish Americans to a kind of Jew with whom they could identify,” said Moore, “because they shared her politics, because she was quirky and funny, and that meant that they saw Judaism in a more diverse kind of way.”

“I think by the very nature of what she did, she had, in a way, blown stereotypes out of the water,” Diner said. “People who want to hold onto the stereotypical images would hold on to it no matter what,” she said, but “having said that, I think in [their] very nature her actions were a real challenge to that kind of thinking.”

But just as Brandeis paved the way for the Jewish justices who followed him, the success Ginsburg found in shifting American ideas about Judaism remains evident on today’s Supreme Court. Ginsburg found a natural successor in Elena Kagan, appointed by President Obama in 2010, said Dahlia Lithwick, a Supreme Court reporter for Slate.

Both Ginsburg and Kagan, Lithwick said, “challenged Jewish orthodoxy as teenagers.” Both, seeing the inequality in the communities in which they grew up, were driven to fight inequality in the broader world. In the 2013 case Town of Greece vs. Galloway, which centered on the question of whether a small town violated the Establishment Clause of the First Amendment by reading a prayer from Christian liturgy at town meetings — the court decided it did not — Lithwick recalled that Ginsburg gave Kagan the dissenting opinion.

Ginsburg had known from the start that the younger justice, like her, had an implicit understanding of what the nation owed those who continued to be, in some fundamental way, outsiders. And once she read Kagan’s full-throated defense of religious freedom — as Kagan called it, “the breathtakingly generous constitutional idea that our public institutions belong no less to the Buddhist or Hindu than to the Methodist or Episcopalian” — she must have known, as well, her work would be carried on.

For America, Ruth Bader Ginsburg was a new kind of Jew