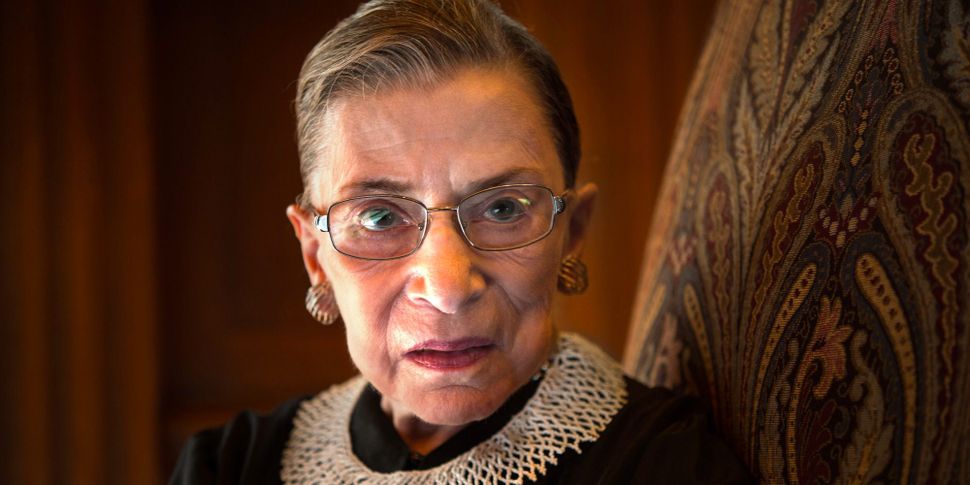 During Ruth Bader Ginsburg’s tenure on the Supreme Court, collars arrived to her door from all corners of the world.

Gifts from law clerks and tributes from admirers, they arrived from cities as distant as Cape Town and entered her much-scrutinized rotation of judicial decor.

Now, one of those collars is embarking on a journey of its own.

The Museum of the Jewish People in Tel Aviv has acquired one of Ginsburg’s signature pieces, a crocheted lace collar with gold edging and a pearl clasp. The piece will go on display after the museum’s reopening, which is planned for December.

For the museum’s chief curator, Orit Shahan Gover, the acquisition was a career milestone.

“It’s a highlight of my profession to be able to get such an item,” she told NPR.

Ginsburg began collecting collars and jabots to jazz up judicial robes, whose necklines are designed to complement a man’s suit and tie. As she emerged as an unexpected pop culture icon, her accessories became the emblem of her trailblazer status, reproduced on untold numbers of t-shirts, coffee mugs and children’s Halloween costumes. Especially famous was Ginsburg’s “dissent collar,” a severe black piece which was actually a necklace sold by Banana Republic. When the clothing chain reissued the necklace in 2019, it sold out in hours.

Ginsburg’s donation to the Museum of the Jewish People, which besides the collar includes a copy of her book “My Own Words,” was in the works long before her death. A museum representative, Shula Bahat, met Ginsburg in Washington, D.C. to pick up the collar in early March.

At the time, Bahat said, Ginsburg was the first person in the city she saw wearing a mask.