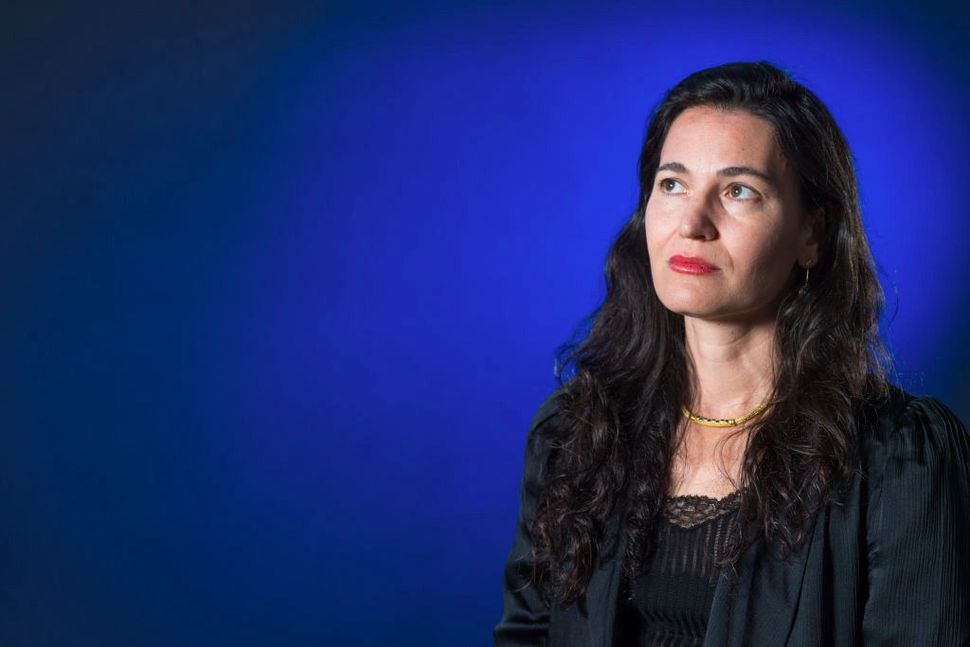 Noa, the teenage protagonist and narrator of Nicole Krauss’s short story “End Days,” wakes up with two disasters on her mind: the wildfires that have just “jumped the borders” into Los Angeles, where she lives, and her parents’ impending divorce.

Compared to one couple’s fairly amicable split, the fires — at least to the reader — appear to be a problem of an entirely separate magnitude. Its limits breached, the city seems poised to go the way of the ancient metropolises that Noa’s father, an archeologist, excavates for a living. But it’s the divorce that preoccupies Noah as she stubbornly fulfills her daily routine.

While she renders in precise, aching flashbacks the Jewish ceremony that officially ruptured her family, the fires rarely get a sentence to themselves, appearing mostly in the margins of paragraphs in offhand references to road closures and fire retardants. Arriving at the local florist where she works, Noa is told to traverse smoke-filled highways to deliver flower arrangements to a wedding party that, far from being deterred by disaster, is irate that the fires have delayed shipments of their first-choice flowers. It’s a task Noa sees as inconvenient but not at all irrational: “The fires hadn’t put much of a pause to passion, longing, grief, or the simple desire to mark anniversaries,” she observes, “all of which called for flowers.”

“End Days,” which I read as real-life wildfires inflicted unprecedented destruction on the West Coast, is part of Krauss’s debut collection of short stories, “To Be A Man,” a slim volume with uncanny resonances for our current moment. Krauss, a Brooklyn-based author who made a name for herself in the early 2000s with the acclaimed novels “Man Walks Into a Room” and “The History of Love,” returns in this collection to the stable of themes with which she’s long been preoccupied: Jewish history across the diaspora, the iron grip of memory, the human need for intimacy.

But several of the stories in “To Be a Man” have an apocalyptic context distinct from Krauss’s previous work, unfolding in landscapes where disaster is looming or has already arrived. Krauss’s characters are called on to confront the possibility of radically altered worlds — the absurdity, as one protagonist puts it, of “having lived a beginning that bore so little relation to the end.” And like Noa, most of them are unable to do so, trapped instead in an undertow of daily circumstance from which they have no desire to escape.

In “Future Emergencies,” an unnamed narrator wakes up one morning to find that the government, for unspecified reasons, is distributing gas masks. The narrator dutifully collects hers, and the sudden atmosphere of catastrophe causes her to question the life into which she’s drifted: a refined but boring job giving tours at the Met, a refined but boring relationship with an older academic named Victor whose response to a potential apocalypse is to buy cheese and apricots in bulk. The narrator is repulsed by the masks, which represent not a specific disaster but a potential future in which her current mode of being is rendered not only irrelevant, but unrecognizable. Watching Victor model his mask, she finds herself fundamentally alienated from the person she knows best, noting that “he looked ugly and menacing, a strange creature who was Victor nonetheless.”

There’s an opening here, an opportunity to conceive of another life, but the narrator doesn’t take it. Instead, she entrenches herself even more firmly in the routine she’s established, becoming pregnant in an act that’s part happenstance, part subconscious decision. The nebulous threat posed by the masks never truly recedes, but the narrator has made a decision that maps out her life for years to come. In her own little world, she’s restored her ability to “predict the future.”

Like Noa, the narrator seems to personify the cloying catchphrase “Keep Calm and Carry On,” invented by the British government on the eve of the Blitz, an urban disaster that now looms large in the Western imagination. Created to boost popular morale, the phrase elevated daily routine as a civic duty, creating a moral good out of the easiest possible crisis response: doing nothing. By its logic, trekking to the supermarket, staging a wedding, or even finalizing a divorce in the midst of a crisis are components of a broader communal strategy.

In her stories, Krauss presents an eerie, funhouse version of this ethos, which has gained more legitimacy in memory than it ever had in its own time. (The officials who designed the original “Keep Calm and Carry On” posters ultimately decided that the sentiment was patronizing, and ended up destroying most of them; the slogan was rediscovered and popularized in the 2000s.) Krauss creates a link between her characters’ focus on their daily routines and their inability to comprehend — let alone confront — the disasters unfolding around them. Their blinkered insistence on business as usual may be a natural response to a large-scale crisis, but there’s nothing commendable about it. Resisting the urge to find nonexistent virtues in ubiquitous impulses, Krauss sees her characters’ behavior as evidence only of a fundamental and pitiable human timidity.

Except when she doesn’t.

Delivering the wedding flowers in the final pages of “End Days,” Noa finds a family in such an obvious state of denial that she finally acknowledges the crisis they’re all facing. “Who did these people think they were,” she wonders, “to celebrate while a few miles away people were losing their homes and dying in the brutal fight against the fires?” But, pressed into service by the harried bride, she still finds herself awed by the moment’s significance. Watching the young woman lower her veil, she notes the “undertaking of grave responsibility, the induction into secret wisdom” that marriage entails. Listening to the demands of the bride’s mother, Noa hears her anxiety at “losing her only child to loyalties greater than the one to her.”

Selfish and self-sabotaging, these people exemplify the behavior Krauss decries. It’s in reaction to them that Noa will put aside her own pent-up grievances. But their unsavory behavior doesn’t render their emotions any less immediate or arresting. In fact, it may be their insistence on enacting this small human drama, one that serves no larger agenda, that makes the scene so compelling. At least for the moment, it seems unquestionable that they deserve undivided attention — Noa’s, and ours.