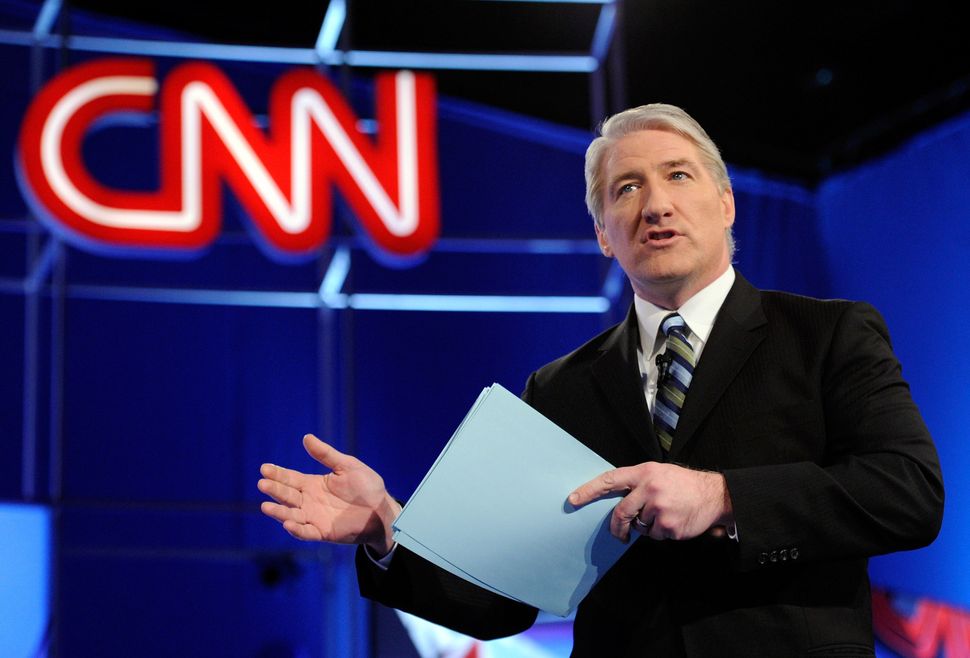 On November 8, 2016, I voted in the morning, then spent the early afternoon into the late evening in a bar in the West Village.

I was in my first semester of journalism school and reporting a none-too-astute trend story about watering holes showing — and courting patrons with — broadcasts of non-sports-related content. “Game of Thrones” and “The Walking Dead,” but also, in that wild season of Hillary and Trump, debates. Election night was a natural centerpiece. Nielsen and an endless parade of cultural critics could tell you that politics had become entertainment through the rise of a reality show candidate.

From the reaction in the Reservoir Bar, some time after Florida first flushed scarlet on the map, you’d have thought “The Red Wedding” had just screened. Torrents of tears. Spilled vodka sodas. A massacre of smeared mascara and raw-rimmed runny noses. Four years later and it’s hard to conceive of a more pronounced change.

Battered, bruised and bitterly jaded, only the most reckless among us have been watching the proceedings in a crowded bar. Liberals once confident in the inauguration of our first female president are now guardedly optimistic they’ll have a better model of old white guy installed in the West Wing. While we’re rattled, we almost definitely won’t know who won for a while. Perhaps the most important distinction is that I am at home with my parents watching returns and am now evaluating the broadcasts as a critic. Can they, like the debates, be received as drama?

So, how was it? How does one evaluate an evening in which nothing, or everything, may happen? Well, let’s just say I don’t envy the anchors and pundits who have to tap dance around a premature conclusion. Somehow even the most insane presidency in modern history cannot transcend the tedium of the electorate’s slow churn. That display is at once nerve-wracking, and incredibly boring. Below is a timeline of my first six hours tracking the coverage.

Election Night in America starts at 4, according to the folks at the Cable News Network — given daylight savings and how dark it’s getting, who are we to argue? Jake Tapper and Wolf Blitzer introduce the program with an orchestral sweep carrying us into a montage establishing the stakes.

An introduction peppered with footage of both candidates calls Trump a “norm-shattering president” who is “fighting for a second term as a deadly pandemic gets worse on his watch.” Biden, on the other hand, is “battling to lead the country after four years of political turmoil and division.” The whole engagement is framed as a “historic clash for the candidates and their running mates.”

Blitzer welcomes us to the CNN Election Center and tells viewers to “buckle up for a suspenseful night” while nearly being drowned out by the vamping of a prerecorded string section.

Tapper tosses to Kaitlan Collins at the White House. She wears a checkered coat that could have come from the wardrobe of a more mature Cher Horowitz from “Clueless.” She tells viewers Trump didn’t prepare any speech as “the president is deeply superstitious.” We count down to exit polls and John King at the “Magic Wall” toggles between the current electoral map and the one from 2016 and all the possible paths to victory.

“We’re gonna be spending a lot of time on this Magic Wall in these next few hours,” Blitzer promises. He isn’t lying.

King, who is a deft hand at that wall, comes to dominate the broadcast. He first explains that in the struggle for 270 electoral votes, “the hill is steeper” for Trump this time around, while “Biden is at a restaurant with a lot of options on the menu.” Might he secure Arizona chimichangas? Florida fried gator? “Democrats have dreams about Texas,” King says, but their eyes are perhaps bigger than their stomach there. (Later, he will compare Biden’s chances to a buffet.)

A chyron informs us: “Trump election night party at White House reduced to 250 guests.” What an absolutely baffling and unnecessary pandemic subplot.

Coverage cuts away to Biden at a Delaware community center, comparing his experience meeting Black people from Wilmington as being like “that movie ‘The Green Mile,’” and refers to his time as a lifeguard — where he met Corn Pop. What a callback.

Before we even get the first exit polls at 5:00 p.m., plenty — too much! —- is going on, including news (via chyron) that an “unscalable wall” has been erected outside the White House. (Walls are a theme — magic, blue, etc.)

The exit polls turn out to be boring, by the way. 64% of Biden voters are voting for him, and not against Trump. Van Jones, a fixture of the CNN panel, says people would vote for Kermit the Frog over Trump, which seems like an unnecessary dig at Kermit.

Poor Jeff Zeleny and Kaitlan Collins are still standing, respectively, in a Wilmington, Delaware parking lot and outside the White House in cold weather. Collins promises that Trump will say something at some point tonight, a teaser meant to tantalize. What might he say? Will it be an impeachable offense? Stay tuned!

At this point, I start to wonder if I would have been better off waiting till 7 p.m. when the first statewide polls actually close. King, parsing the first signs of results in tiny counties in Indiana and Kentucky says, “We’re early. People at home will think we’re crazy for doing this.”

Finally something. To give a sense of the development, imagine these first three hours as that lead-up to “The Long Night” in the final season of “Game of Thrones.” It’s just a bunch of familiar faces all in one room talking about a possible outcome — and a few like Collins and Zeleny stranded elsewhere.

In GoT parlance: We had a raven from Florida with Ser John King at his enchanted wall. Pinellas and Collier and Brevard County gave an early edge to Trump. All eyes are on the southern part of the state, which could tip the state either red or blue. “Will the Trump army come out?” King asks. Spoiler: It looks like they will and that Trump sold Cuban Americans on the whole “Biden is a socialist” thing.

ABC has just begun its “Your Vote” coverage. George Stephanopoulos is talking voter intimidation, or lack thereof. No Magic Wall. (It must be proprietary.)

“Florida, Florida, Florida!” Wolf Blitzer demands John King summon the Sunshine State on his wall. Miami is looking blue, but King is careful to call the state a “roller coaster.” It seems like an apt description given Disney World yet wrongheaded given the state’s near total absence of natural hills. With 41% reporting, it appears to be a close race.

It’s insane how compelling it can be to watch a phallic assemblage of gray puzzle pieces blink red or blue. And it doesn’t take too much showmanship, really just King’s calm demeanor, gift of gab and perfect hands aided by a large touch screen. It’s mesmerizing — until it isn’t.

My mother comes home and informs me she’s “sick to her stomach” and can’t watch. She also picks up some mysterious leaves on the floor. She thinks our dog ate them to induce vomiting — he stole three pieces of pita bread yesterday.

Too early to call Ohio and North Carolina and West Virginia!

With three quarters of the vote counted in Florida, Biden leads by around 73,000 votes. King says “if the president of the United States loses Florida, his path to reelection is essentially gone.”

“Will we be able to make any projections in the hour ahead?” Blitzer tees up a commercial. “We’re gonna find out, stay with us.” Wolf, you tease.

A trailer for “Tenet” comes on. Remember “Tenet?”

Biden appears to be making Ohio competitive — actually a bit of a shocker.

“This is why elections are fun,” King says. Read the room, John.

More states close. Biden is projected to win dependably liberal states like Massachusetts, Maryland and his home state of Delaware. Trump gets Oklahoma. Biden now has 30 electoral votes and Trump has 18.

Surprisingly, Texas is blue for now (Dallas). And so is Ohio and West Virginia. Things seem interesting — but can they stay that way?

“This is a very different election,” King says. As he explains, Florida turns red.

My father comes home with dinner. He shouts expletives at states where Trump is winning. The one big plot twist is that Biden seems to be making Ohio competitive.

I get a news alert from CNN that says, “a roller coaster battle is underway between Trump and Biden in Florida.” Guess that metaphor stuck.

My father says the red regions on the map resemble the approximate shape of a swastika.

King is showing us where Biden is over-performing and Trump is underperforming. I learn that King started his career in Rhode Island. I look him up on Wikipedia. I have Magic Wall fatigue. Too much is unknown. Suspense is great for Westeros or Gilead — not so much for a desperately divided America.

I wish to break from the timeline now to tell you that it’s OK to go to bed (or, if you’re reading this later, it was fine if you retired early). Whether our ending is as anticlimactic or nonsensical as the “Game of Thrones” finale or as warm, fuzzy and well-earned as the conclusion of “Cheers,” the sun will rise in the morning and we may still not know which way things are going.

As for myself, I’m calling it — for my own early retreat. There’ll be time enough tomorrow to sort things out. In the meantime, we’ve all earned some rest.