Sarah Palin compared Obama to Moses. There may be something there. 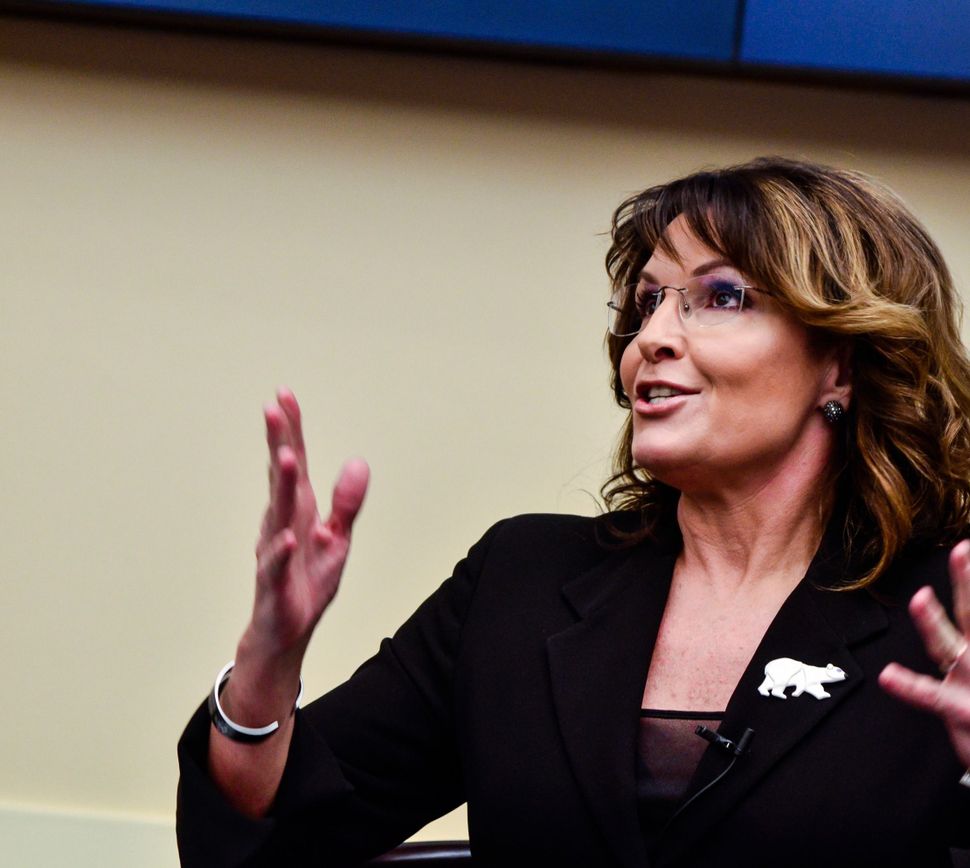 When Sarah Palin clapped back at Barack Obama, derisively likening him to, uh, Moses, she wound up sounding like someone who’d worship at the hooves of the Golden Calf.

Fox News host Sean Hannity read the former VP candidate an excerpt from Obama’s new memoir, “A Promised Land,” which referred to her running mate status with John McCain as a manifestation of “the dark spirits that had long been lurking on the edges of the modern Republican Party — xenophobia, anti-intellectualism, paranoid conspiracy theories… antipathy toward Black and brown folks.”

Palin responded by bashing Obama’s “700-some-page” book for its length and biblical title.

“I guess evidently he thinks he is one to lead us to the Promised Land, so let’s refer to him as Moses.”

Palin’s remark could be read as a reprise of Biden’s famous “Abraham Lincoln here,” from the final 2020 presidential debate. But rather than reduce the sarcastic comparison to a snide aside, Palin doubled down and unwittingly dispensed some disaffected Israelite talking points.

Now, the Moses of the Torah certainly met with his share of revolts — as did Obama. His followers would complain and challenge his judgment and rise against him. But the rebellions seldom ended well for those who sought to reverse course from Moses’, and God’s, plan. When the people decided to switch their allegiance from Moses’ God to the Golden Calf, for instance, about 3,000 people were killed for putting their trust in superstition and doubting the evidence before them — the current American death toll for COVID is fast approaching 250,000.

Moses, like Obama, led with both pique and equanimity and was not beyond reproach in his leadership style (which, compared to what we have now, doesn’t strike me as particularly self-destructive on a personal level). But it’s worth noting that it was not the people that defied him who were led into the Promised Land. Quite the opposite.

Ten of the 12 Spies that Moses sent to scout the Promised Land gave a pessimistic account of what lay at its borders, citing undefeatable horrors like walled cities, giants and Medicare for All! Sorry, not that last one. These reports led the Israelites to wander the desert for an extra 40 years and barred an entire generation from entering the Land of Milk and Honey, kinda like how the failure to face the troubling realities of the climate crisis, as Palin does, may lead to abundant deserts and many generations left without the prosperity of their ancestors. Only this time, it won’t be those generations’ fault.

Had these scouts trusted in God and His messenger’s plans — or, less loftily, in a Democratic administration that was doing well for much of America despite gridlock in a divided government — they probably would have made out better than by playing to fear and doubt. Instead, they challenged an established, if quite flawed leader, and let their own insecurities and, in the case of Miriam and Aaron’s objection to Moses’ Cushite wife, xenophobia guide them and were shut out of Canaan. There’s a lesson there somewhere.

Palin overstates her case anyway, as Obama is not claiming to lead anyone to the Promised Land. Like Moses or Martin Luther King, Jr., he’s saying he may not get there with you, but sees its promise for future generations on the way to a more perfect union.

She is right that Obama isn’t really a Moses figure at all — minus all the objections to his leadership. Moses was famously slow of tongue while Obama’s a gifted orator. Leading a massive wave of deportations, Obama has not always welcomed the stranger. He’s not a prophet so much as a charismatic and diplomatic leader and, despite Trump’s insistence, he wasn’t born in Africa.

But Palin’s wrong to start the Exodus comparisons as Trump, a cruel dynastic builder of monuments to his own inflated importance, comes off on the wrong side of the Moses-Pharaoh divide.

_PJ Grisar is the Forward’s culture reporter. He can be reached at Grisar@Forward.com

Sarah Palin compared Obama to Moses. There may be something there.