In France, waiting (and waiting and waiting) for school to be normal again 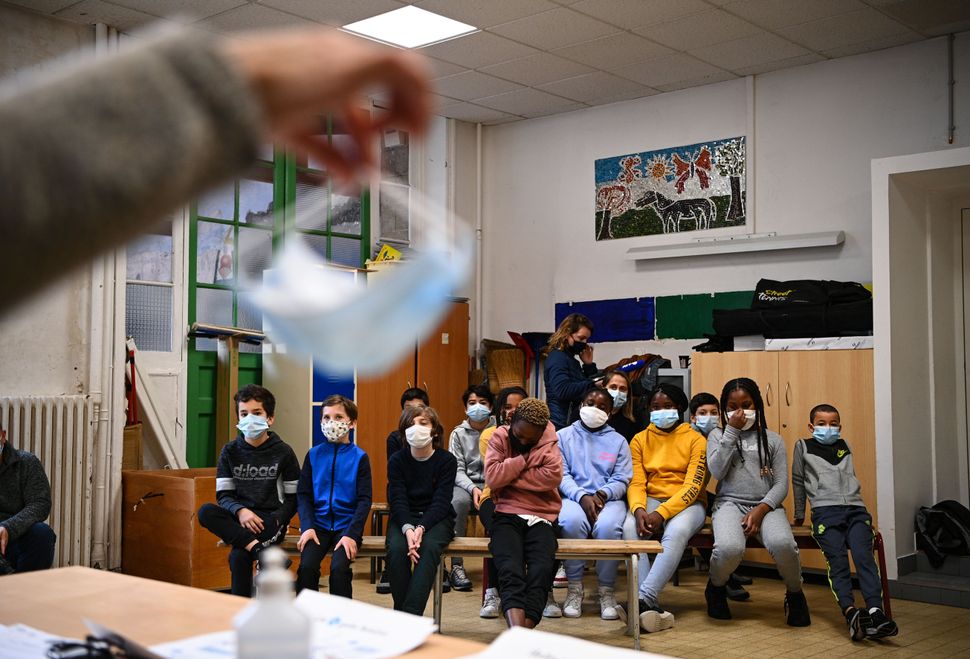 I’m not French. My dad got a two-year job six years ago and we’ve been here ever since. Not that I’m complaining; I’ve grown to love this country and the people in it. Still, I am American and have lots of family and friends back in the U.S. I talk to all the time. I also have lots of European friends.

Knowing kids all over the world, and speaking a few different languages, helps put COVID into perspective. I know what it’s like for American teens from a few different states plus what’s happening with teens in more than a few countries. 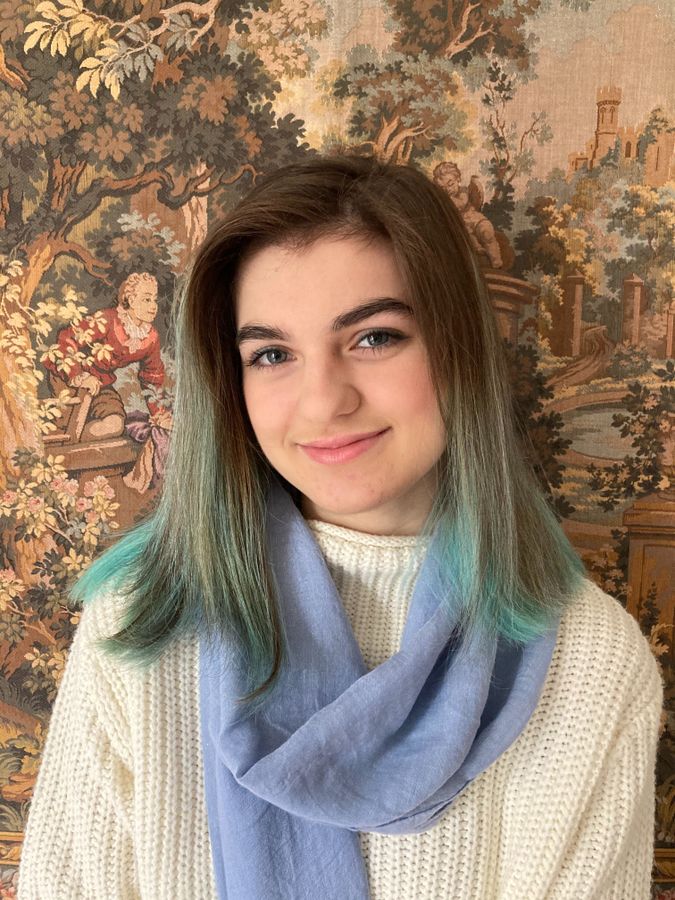 Cienna Olenick: The author is a 10th gradeer at Lycée François 1er High School in Fontainebleau, France Image by Courtesy of Cienna Olenick

Here’s what it’s like for teens in France. To put things in perspective, I’m in a regular French public school. The English call private schools’ “public” – that caused some confusion when we first moved here – so, to clarify, I’m in a regular, government-run no-cost school.

French school is 12 years, just like in the U.S., but they count backward, down to zero (the last year is called “Terminale” so it sounds to English speakers like we’re waiting to catch a deadly disease). Sixth grade is the same in both the U.S. and France but, after, US seventh grade is fifth, then fourth, then third. So, I’m in second grade now, which is the U.S. equivalent of 10th.

My classes are French, English (yes, for French speakers – it’s not a very difficult class), Russian, Math, Physics and Art. They’re similar to the class schedules for my friends all over the world; teachers the world over can’t be accused of much creativity in curriculum. I was voted class president this year. Extracurriculars are debate club, rowing on the Seine, and Krav Maga. I’m also working on YouTube videos to teach French language and culture to American teens.

All was going totally normal until last year when, on March 12, French President Macron announced the whole country was going to lock down for COVID. We’re from Florida and realized this might happen so we treated it like a potential hurricane. A couple of weeks before, we drove 45-minutes to the one Costco in France and bought lots of stuff, including enough toilet paper to last until I graduate high school.

Still, the lockdown was difficult. School went online and, at first, there was total chaos at first. Teachers didn’t know how to get online. Lots of students didn’t have computers or tablets and a few didn’t have internet. The French government eventually said online classes would be mandatory but won’t count in our yearly grades. In some classes, less than half the kids even showed up especially as the lockdown went on month after month.

At the end of middle school, there’s a test that helps decide what a person will do. Some kids go on to academic high school, but others will go to a “professional school” where they learn a trade. There are lots of trades to choose from: auto mechanic, baker (of French breads and pastries – yum), cook (of French food, of course), hotel keeper, and even carver of stones for ancient buildings and lots more. They teach every imaginable job that doesn’t require an academic degree.

The test that helps determine where a kid will go is called the Brevet, but, thanks to COVID, it couldn’t happen so schools used yearly test grades, the practice Brevet and guessed. I ended up graduating middle-school with a “tres bien,” highest honors, and was sent to an academic high school. But I know a few kids who opted for professional school. There’s nothing wrong with that at all here. Honestly, a graduate from a French baking or chef program – maybe even a stone carver – can probably earn as good or better living as someone in the U.S. with lots of academic degrees.

Lockdowns ended over the summer and Macron encouraged everybody to take vacations saying it’s good for the economy and for people emotionally. In France, it’s mandatory to take two consecutive weeks of vacation in the summer from work and most people go somewhere. My parents are a little COVID-paranoid so we didn’t go anywhere but I have friends whose families were stir crazy and went everywhere; one friend took four different vacations. Thankfully, nobody got sick.

The outdoor cafes were full of people all packed tightly together talking. Things didn’t really look different from any other summer except there were no American tourists.

This school year started out normal. Then the emails started: one kid was COVID- positive. Then another and another. Aside from the official announcements, everybody at school knew there were more who would just disappear but not tell the school. Finally, a couple weekends ago, there were three kids including a friend of mine, so school switched to every other day. The school called in the class presidents to tell us and get our input which was neat but I’m not even 15 yet (soon, but not yet). They were asking for a teen’s view of how this would impact us emotionally. Unlike the U.S., France cares a great deal about our emotional well-being.

All over the world, kids seem to have the same stories: School is on. School is off. Classes are online but everybody online is tuned out and bored. They’re guessing on grades even when the grades might matter a great deal in the future.

I guess now we just wait, going with the flow like fish in a fast-moving current where there isn’t much we can do one way or another. My parents tell me it isn’t at all normal but it’s the only reality I know and it’s the same for all my friends, both the Europeans and the Americans. My parents tell me we’ll all grow up to be tougher and more resilient than other generations. I suppose only time will tell.

In France, waiting (and waiting and waiting) for school to be normal again