The Real Alice: Alice Brock and Mel Wax talk on the set of Alice’s Restaurant in the KQED Newsroom circa 1969. Image by Getty Images

This is a story about Alice of “Alice’s Restaurant” fame.

“Alice’s Restaurant” is a song and a movie and once was an actual restaurant. But more than anything, “Alice’s Restaurant” is a frame of mind, one that might best be illustrated by the thousands of people who have helped the real-life woman immortalized in the song. They heard a story on the radio the other day and in less than 24 hours pledged $125,000 to help Alice Brock, the real Alice, as she likes to refer to herself. Brock is alive but not that well. To put it in culinary terms, well, her cupboard is bare.

For those who haven’t heard the Arlo Guthrie 18-minute anti-war classic that has been a Thanksgiving staple on FM radio for more than a half-century, “Alice’s Restaurant” tells the tale of a Thanksgiving dinner “that couldn’t be beat” at a church in Great Barrington, Massachusetts and Guthrie’s subsequent real-life arrest for disposing of the feast’s garbage. In the song, Guthrie claims the arrest kept him from being drafted and sent to Vietnam. In reality, Guthrie didn’t have to serve because his draft lottery number was so high. As a friend with a high lottery number told me when we were sweating out the draft, “I’m not going to get called unless there’s a squirrel invasion in New Hampshire.”

Alice Brock came into this world as Alice May Pelkey, the daughter of a Jewish mother and Gentile father in Brooklyn. She took her husband Ray’s surname when they married. The couple worked at The Stockbridge School in Stockbridge, Massachusetts, and were living in a church that had been converted into a residence when the fabled 1965 Thanksgiving dinner depicted in the song took place. One of the hippies at the table was a student at the boarding school, another Brooklyn kid with a Jewish mother. You may have heard of his father Woody Guthrie. An actor portrayed Woody in the movie. The real Woody checked out in October 1967, the same month his son Arlo’s debut album, “Alice’s Restaurant,” was released.

Before the talking-blues song with a melody that sticks in your ear was committed to vinyl, the younger Guthrie performed it live on WBAI-FM as a guest on “Radio Unnameable,” the late-night show that has been hosted by Bob Fass for the last 57 years. Some of us boomers talk about the days when we went to the Fillmore East and the opening act went on to become a superstar. Well, that’s what it was like for Guthrie’s first performance of “Alice’s Restaurant” on Fass’ show.

Fass had a cast of incredibly talented performing artists drop in after midnight, everyone from Stiller and Meara to that Jewish kid from Hibbing, Minnesota, who played the harmonica and the guitar at the same time. On this particular night, four folkies were part of the “Radio Unnameable” cabal trading tunes on the air. In addition to Guthrie, David Bromberg, Jerry Jeff Walker and Ramblin’ Jack Elliot were picking their acoustic guitars. When it was Guthrie’s turn, he did a new tune he had been performing in small clubs. It began, “This song is called Alice’s Restaurant but Alice’s Restaurant is not the name of the restaurant. That’s just the name of the song.”

Listening to a recording of that radio debut, you can tell that Guthrie was thrilled on some level to be playing with the great David Bromberg. During the 20-second instrumental introduction, you can hear one of the weed smokers at the radio station coughing and then right before he begins, Guthrie sighs, “Ah, David Bromberg!”

Fass’ audience went nuts over the song. WBAI was anti-war central during the Vietnam era and listeners pledged money to hear “Alice’s Restaurant” again and again. Fass played it so much that he was able to get listeners to pledge money if he would stop playing it. Eventually, he got a call from Harold Leventhal, Guthrie’s manager, asking him to stop playing the live recording because the album was coming out. Fass agreed.

WBAI was holding on-air marathons to support itself years before there was an NPR. Fass played it again this Thanksgiving, the same day NPR’s “Morning Edition” broadcast a three-minute feature reporting on Alice Brock’s plight. In addition to her dire economic straits, the 79-year-old Cape Cod resident is suffering from COPD. The $125,000 pledged by some 2,000 well-wishers to Brock’s GoFundMe campaign is surely a feat any public radio station would like to achieve. 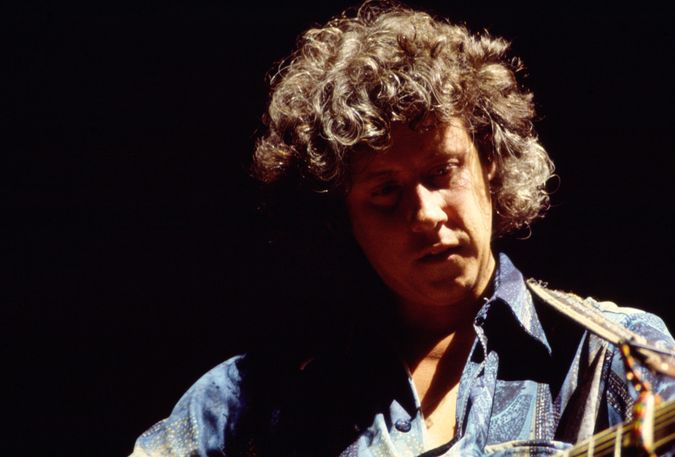 A song for Alice: Arlo Guthrie, the songwriter behind ‘Alice’s Restaurant’ performs in 1979. Image by Getty Images

Dini Lamot, a friend of Brock’s who set up the GoFundMe page, noticed that, at one point on Thanksgiving, the total was rising at a rate of $1,000 a minute. Lamot and his partner of 46 years, Windle Davis, are members of a now-defunct Boston band called Human Sexual Response. The New Wave rockers took their name from the Masters & Johnson book of the same name because one of the group’s members had a day job at the publisher of the landmark 1966 text. Never heard of the band? Their hit “Jackie Onassis” (“I want to be Jackie Onassis/ I want to wear a pair of dark sunglasses”) was first played on the legendary Boston station WBCN after Lamot started putting cassettes of the tune in the lunch orders delivered to the station. He worked at the joint the WBCN DJ’s ordered from.

Lamot was working for a landscaping company in Provincetown, Massachusetts, in 1991 when he was sent to work on Brock’s garden. He had no idea she was that Alice. Brock became close friends with Lamot and Davis who joined her Clean Plate Club of friends who ate out together and wrote unpublished reviews of the restaurants.

Davis recalled the impact AIDS had on Provincetown’s gay community at the time and the numerous AIDS benefits that were organized in the 1900s.

“She was at every one of them,” he said of Brock.

When I spoke to Brock over the Thanksgiving weekend, she told me she was overwhelmed by the GoFundMe response, that she hadn’t really taken it in yet. I asked her why she thought so many people stepped up to help her and she replied, “What goes around comes around.” 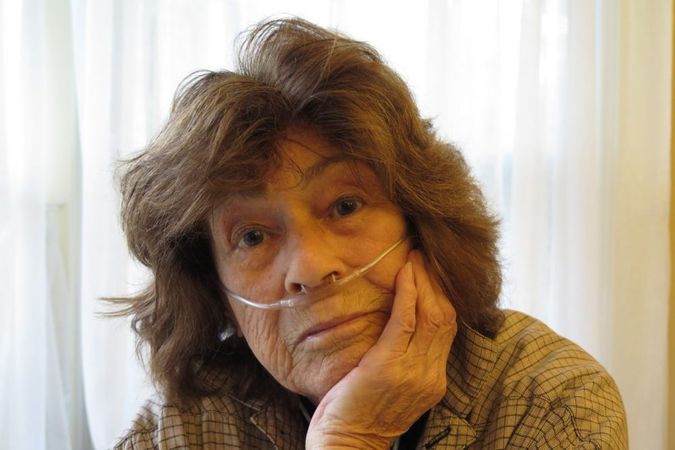 Alice Today: The inspiration for ‘Alice’s Restaurant’ has fallen on hard times of late. Image by Andrea Shea/WBUR

That’s certainly the sentiment of the comments left by the GoFundMe donors, many of whom have hewed to the Jewish tradition of donating anonymously. One donor pledged $50, the same amount, he noted, as Arlo Guthrie’ fine for littering. A clown in Michigan wrote that his Thanksgiving ritual involved marching in Detroit’s Thanksgiving Day parade and then listening to “Alice’s Restaurant” on the drive home. A woman thanked Brock for “all the talks we had in the kitchen of the boarding school in Stockbridge,” the same school where Arlo joined Alice’s orbit.

Viki Merrick, a Cape Cod radio producer who worked as a bartender at Alice’s at Avaloch, Brock’s last restaurant, said being the recipient of a benefit “is not Alice’s style at all. Alice is usually the giver.” Merrick has become Brock’s caretaker in recent years. Among her tasks: “bring her good soup.”

In an email explaining her family’s connection to Judaism, Brock wrote in 28-point Comic Sans, “We were fressers.” Her grandmother read The Forward and her father was pals with the father of the English Forward’s founding editor, Seth Lipsky.

“Neither of my parents were believers,” she wrote, “But I do feel Jewish.”