Smokey Robinson stumped about how to say ‘Hanukkah’ 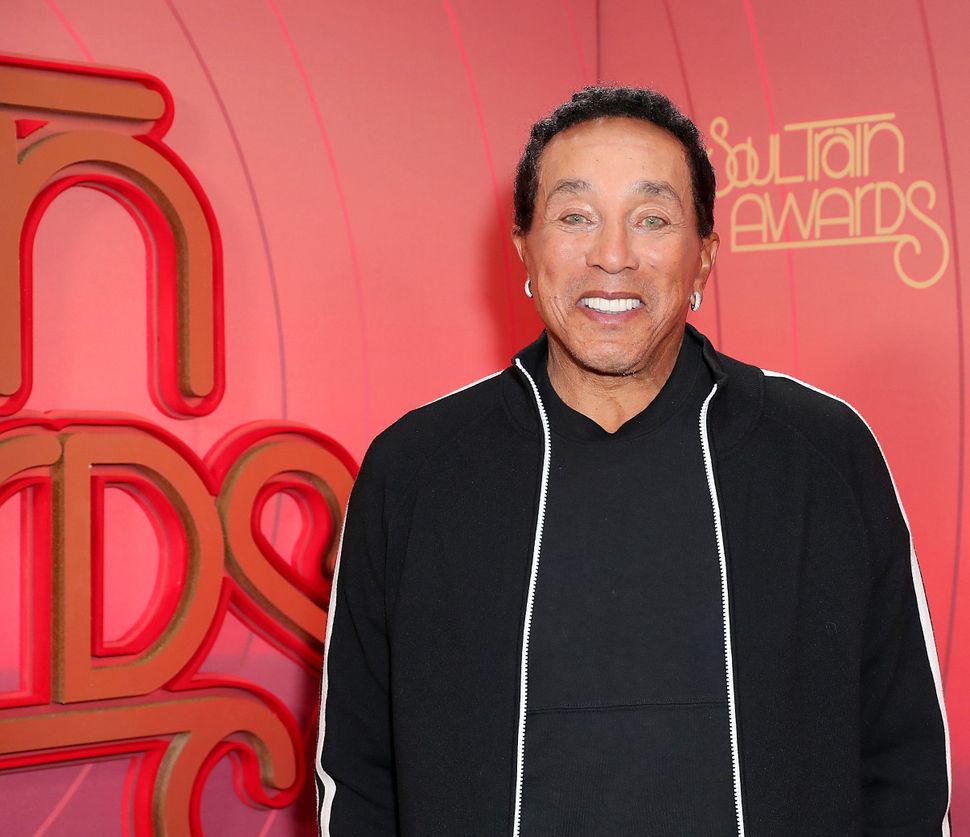 Some say the Jews control the entertainment industry. If that’s the case, riddle me this: How could Motown legend Smokey Robinson, a six-decade veteran of major record labels, not know how to pronounce Hanukkah — or even have any idea what it is?

We can thank Twitter user Jeff Jacobson for an unforgettable record of Robinson’s seasonal confusion. On Sunday, Jacobson posted a clip of a Cameo video he’d commissioned from Robinson in which the singer passed on Hanukkah greetings to Jacobson’s mother, who grew up on the same street in Detroit as the Miracles frontman.

It, uh, didn’t go quite as planned.

My mom grew up on the same street as Smokey Robinson in Detroit. So for Chanukah, I wanted to reunite them via @Cameo. But the video takes a strange twist. pic.twitter.com/IZ3S9WusiJ

Now, it’s unlikely that Robinson doesn’t have some basic awareness of Hanukkah; while the idea that Jews control the music industry is both incorrect and a little antisemitic, we have historically had quite a presence in it, and Robinson has collaborated with many of members of the tribe, most recently covering a Burt Bacharach tune.

More likely, Robinson was stumped by one of the many alternate spellings of the holiday’s name. If Jacobson’s post is any indication, he opted for the spelling “Chanukah,” which, phonetically comes close to what Robinson said even if it is so, so laughably wrong.

But, then, the fact that Robinson couldn’t figure it out judging by the season is a tad curious — although even many Jews are thrown by Hanukkah’s timing with the whole lunar calendar thing.

So: Does Smokey know? If he didn’t, he almost certainly does now.

We thank him for the greeting in any case. Happy Chah-nooka, Smokey, right bah-ca-tchaw.

Smokey Robinson stumped about how to say ‘Hanukkah’