I have delved deep into the sad, socially distant world of Jewish celebrity cameos — I may never recover 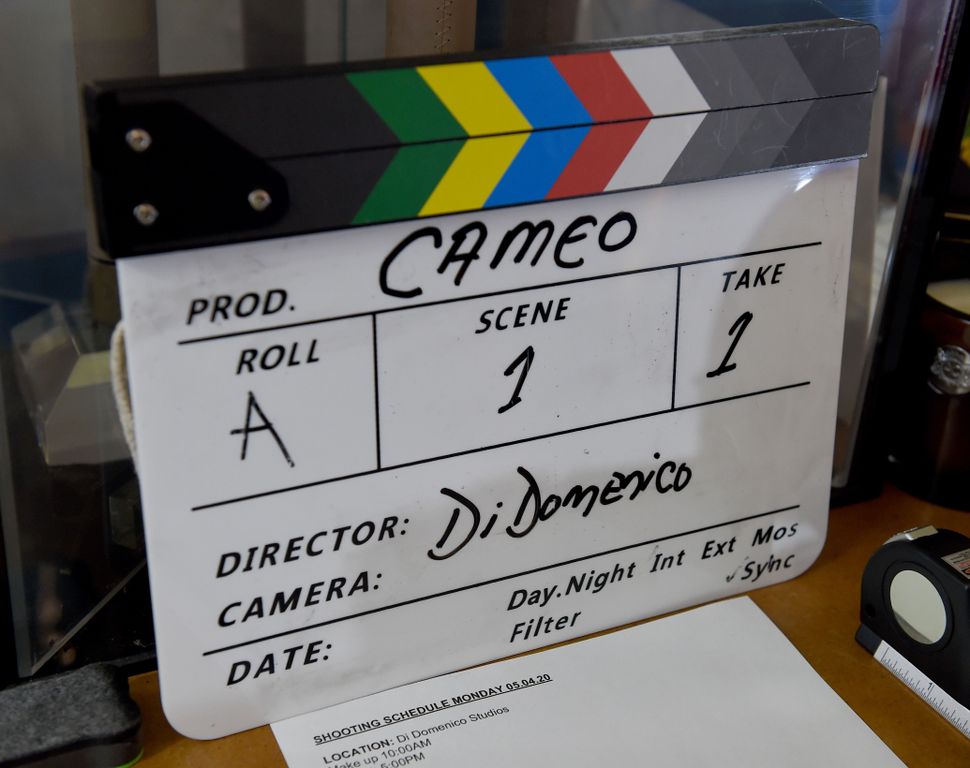 A clapperboard with the word “Cameo” on it. Image by Getty/Ethan Miller/Staff

Never in the history of entertainment have we had so much intimate access to the stars. We know what’s on their bookshelves. We’ve seen them in bathrobes and minimal makeup. We’ve seen them vulnerable in misguided attempts to bring light into the world. And, on a little app called Cameo, for a nominal or ludicrous fee, we can commission personal greetings from them.

Cameo, a service in which celebrities agree to record short videos for anniversaries, pep talks, birthdays or work events, predates the pandemic. But in March, as film sets wrapped early and sports seasons were scrapped, the platform reported a 160 percent increase in talent sign-ups and an 83 percent bump in bookings. With socially-distanced friends and family scrambling for new ways to mark special events and celebrities with a lot more free time on their hands, the celeb shout-out model was mutually beneficial. We give them money and attention; they make us feel special by gracing us with their virtual presence.

But, dear reader, I have embedded myself on Cameo. Like the 12 spies of Moses, I have scouted its borders and found it hostile. It is a desolate land of woe, where the also-rans of Hollywood claw at relevance, not realizing their vain attempt only furthers their insignificance and diminishes their stores of dignity.

For every heartening deed (a warm salutation from Debra Messing, an expletive-rich Susie Essman service whose proceeds go to the Actors Fund), I have seen many more horrors. The 81-year-old Burton Gilliam, Lyle from “Blazing Saddles,” as he identifies himself at the top of every video, is an active user in his black stetson and red Western shirt. Chris D’Elia, the comedian accused of soliciting naked pictures from minors is now inactive, but once held the title for most expensive page at a rate of $500,000. To capture the nature of this phenomenon, I have highlighted the pages of a select few Jewish stars who have found a niche on the platform, all of whom have 4.8 to 5 star ratings. What follows may be disturbing. 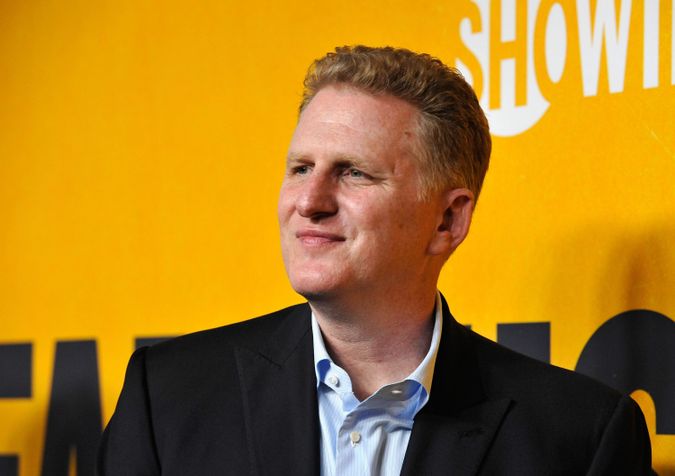 Rapaport’s Cameos appear to be filmed in his den and are, like most everything the comic does, grating and overloaded with allusions to his native New York. Lately, in anniversary videos and birthday greetings, he’s been grousing about how sports (including his beloved New York Yankees) must make a comeback while lambasting people who don’t wear their PPE properly in public. When addressing couples, he will say, “you guys sound like a beautiful true romance.” Y’know, like that movie he was in. C-List Cameos are never complete without a reference to a person’s credits.

Larry Thomas aka the Soup Nazi from “Seinfeld”

Thomas is a prime example of a Cameo user who has exactly one shtick and rides it to the bank. Whether he’s congratulating a vet on his purchase of a clinic or a young couple welcoming a newborn, he affects that same vaguely Middle Eastern accent and spouts variations of “No soup for you!” Often, he signs off with “Come back one year. Adios, muchacho.”

Gottfried’s Cameos skew offensive. But the comic also betrays a tender side. In recent videos he has expressed fatigue at the current pandemic and has even congratulated a young man on being cast as Gaston in a school production of “Beauty and the Beast.” Somehow, Gottfried’s sanitized encouragement is more upsetting than his roasts.

Tom Arnold seems to need Cameo more than it needs him. For $125, there appears to be no ceiling on his time or boundaries on his privacy. While most Cameos feel quick, impersonal and perfunctory, Arnold’s stray from the script and often drift into the confessional. He’ll show you his memorabilia, his kids’ toys. He loves to talk about his work on the sitcom “Roseanne” while also dunking on his ex-wife Roseanne Barr. In one outstanding Father’s Day message to a man named Stan Weinstein (it’s insane that Cameo let’s you view these messages), Arnold reveals the Star of David tattoo on his chest and a scar Barr allegedly left near his ink when she stabbed him. “I’ve got four ex-wives,” Arnold says, “I’ll trade you the alimony.” The recipient of this particular Cameo needed some boosting and Arnold certainly delivered. Schadenfreude is a powerful medicine. 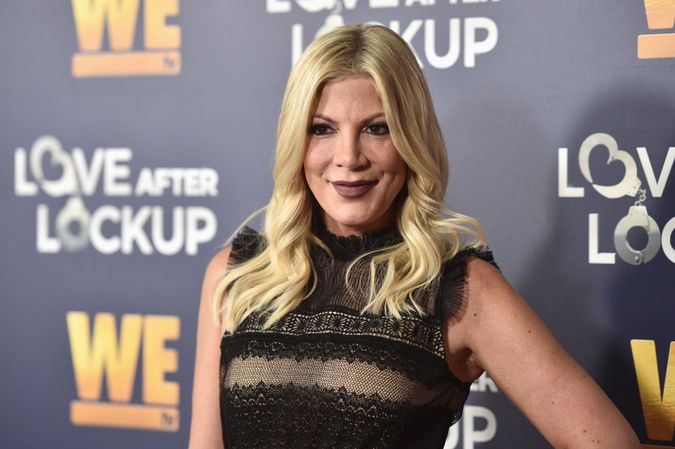 Spelling is one of the only stars who appears to film her Cameos almost exclusively in her bathroom (though Corey Feldman did too while answering some questions about the “Nightmare on Elm Street” franchise). The “Beverly Hills 90210” star has the same canned line for most of her interactions: “Donna Martin graduates and Donna Martin celebrates [insert the momentous occasion.]” Watching recent Cameo performances, we glean that Spelling is somewhat flustered with childcare during the pandemic, with her little one making her own cameos off-screen and nearly giving the family dog a haircut. This is the odd account that is humanizing in a way that isn’t completely depressing. Plus, she ends hers with a kiss.

In his Cameos, Sagat claims to be dust-busting like a demon since “quarantino,” thus completing his transformation to his “Full House” avatar Danny Tanner. The standup once known for working blue is upsettingly tame on the platform. In fairness, he delivered a lovely message to the YPO Chicago graduating class of 2020.

The Dos Equis guy, aka the Most Interesting Man in the world, is bookable for happy birthdays. Wearing aviators and nursing a cigar, he signs off with “stay thirsty.” You hate to see it. 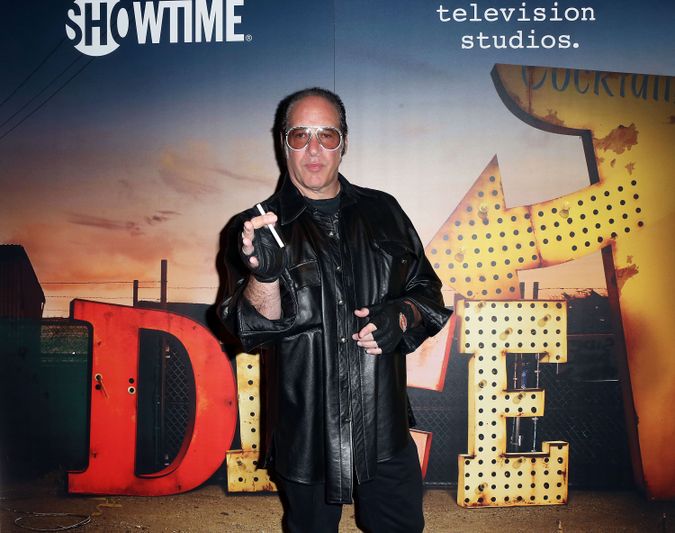 The Diceman will curse you out with a Marlboro in hand and Panama hat on head. He likes to start the videos blasting music from a purple portable speaker. He is more than willing to swear at someone “going through medical shit” for feeling sorry for themselves. The comic, known for his R-rated nursery rhymes and recent critically-acclaimed turns in Oscar-nominated films, has also deigned to insult the Saint Anthony High School Class of 1975 on behalf of the class of 1976.

Famous for playing Frau Farbissina in the Austin Powers trilogy, Sterling will channel the Teutonic harridan to issue a pep talk, urging her client to “never lose that light or that bright shine LIKE A LASER that you have about you.” She’ll ask someone to be your groomsman. She’ll even break character to boost the morale of the “Mean Girls” touring cast. We can’t help but feel she deserves better and that “Austin Powers 4” might actually pan out.

My faith was broken. I had hit a wall. Cameo seemed to be a blight on society, commodifying people and making their lives available at our beck and call. Until Ed Asner, with his gruff voice, appeared to adjudicate a dispute between friends over who was Mary Richards and who was Rhoda Morgenstern. His funny, frank reasoning was my oasis in the desert of my despondency. But then I saw Asner plug something called “Talkin’ Funny 2020! With Sasha and the Noob.” I had found a new bottom. 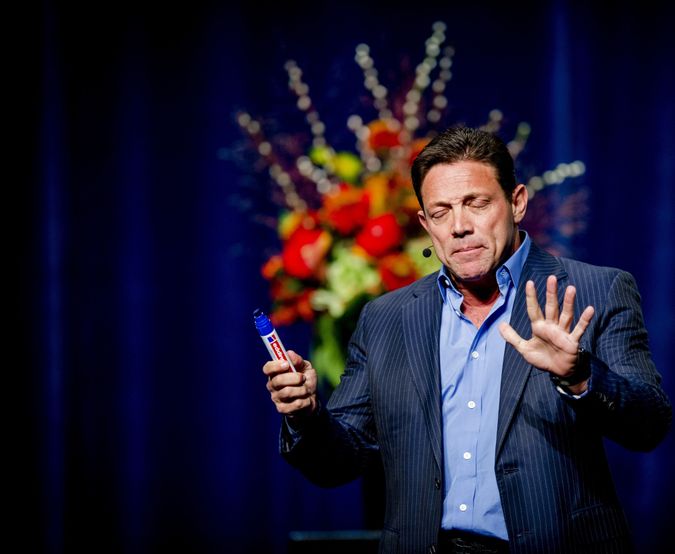 There’s a lot I didn’t include on this list — some because they were competent and unremarkable. I opted out of describing one because it felt like punching down (Corey Feldman). But as far as I can tell, after hours spent on this endeavor, the worst deal on Cameo comes courtesy of decorated grifter Jordan Belfort, the guy whose memoir “Wolf of Wall Street” spawned a 2013 Martin Scorsese film and a whole generation of white collar criminals. Asking nearly $800, Belfort knows that finance bros will shell out the money to hear his douchey words of wisdom and flex their wallets.

Belfort’s videos are all incredibly brief. One shows him outside of a loud restaurant holding a wad of cash (singles, by the looks of it), lauding a guy named Pavel for making a man named Mike Wilson from a “sheep into a wolf,” and issuing thanks to the American Academy for Hypnosis. At the video’s end, Belfort’s camera phone tilts up to the sky (he has a style.) In other Cameos, Belfort tells people to “stop being such a little bitch” and start making money. Given the tenor and content of some of these clips — along with the paucity of reviews — I assumed that they all predated our current health crisis. But then I stumbled on his message to a realty group.

“At toimes like these there is massive opportunity everywhere,” Belfort, his Bronx origins showing, says in one Cameo in reference to the current health pandemic that has left tens of millions out of work and over 120,000 dead in the U.S. alone. “The one thing you don’t want to do is use this as an opportunity to slow down. Keep attacking, keep moving forward. Find your niche kick ass.”

What else is there to say?

While Cameo may delight many for the duration of their shout out, I do not recommend you do much digging into its true nature, a web of exploitation built on flimsy fame. Unless you need a reminder of how uncertain life is — even for those with means and name recognition — it’s best avoided. In a time when we are all looking for ways to bridge our physical distance, I suggest you call your loved ones and give the celebrities on Cameo more bandwidth to do the same. Life’s too short.

I have delved deep into the sad, socially distant world of Jewish celebrity cameos — I may never recover