How sweet it is to (finally) return to Zabar’s! 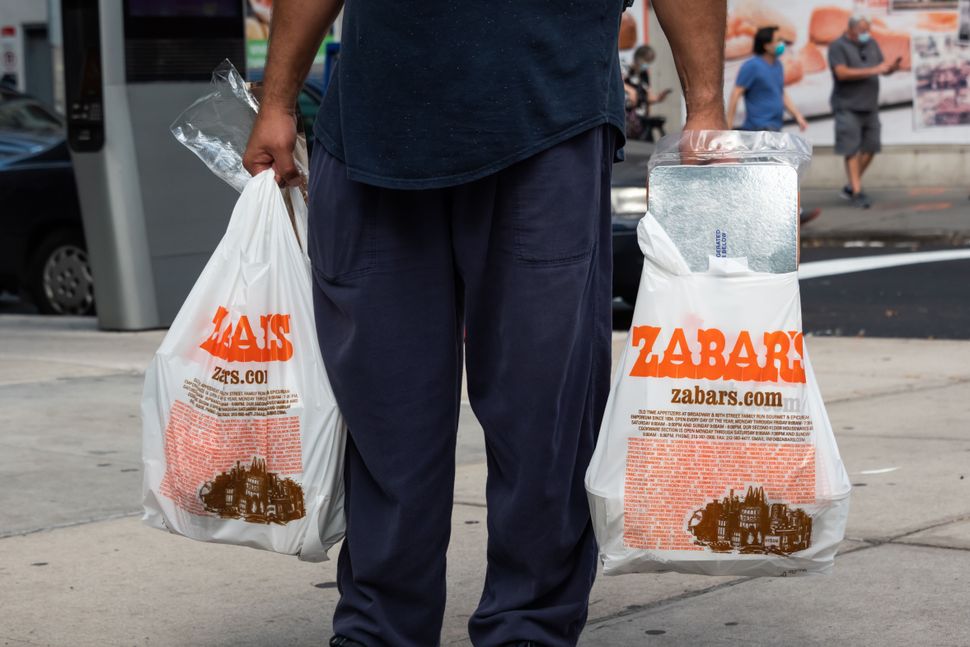 I slept until about 12:30 p.m. today. When I woke up, I noticed that I was not tired. I had been tired upon awakening for previous days, maybe weeks, months? But this day, I was wide-awake.

As I looked around the room, I noticed that everything that came into view did so with great definition. Everything seemed incredibly clear, without the help of my glasses. Not a hint of fog in sight How wonderful to feel this way. But how come? What made this day different from so many previous ones? The only thing that came to mind that might be responsible for such different feelings and observations, was…. Yesterday!

Several days earlier, it had begun to hit me that 2020 was rapidly coming to an end. Seeing the guys and wishing them Happy Thanksgiving, Merry Christmas, Happy Hanukkah and Happy New Year was something I didn’t want to miss. Nothing really stood in the way of a short visit. A visit was not like going back to work, which I had decided not to do for the present; a visit was just like going shopping, which I do on a regular basis. Sure! A mask, proper social distancing, a visit could be safely undertaken.

So It was a little past noon, yesterday, I made the left turn driving south on Broadway onto 80th street and pulled into the garage. The last time I did that was March 13, 2020, some eight months ago, which was the last day I worked at Zabar’s.

Juan, the garage manager, recognized me immediately, despite the mask that covered half my face. “How are you?” he asked? “So good to see you. Are you going to work?”

I left the car and proceeded to walk across Broadway to the store. I was wearing a Zabar’s jacket and a Zabar’s hat, so when I walked into the store I looked just like one of the many employees about. But I was an impostor making believe I was the real thing. I found the chair in the front of the store where I sometimes sat on my breaks. I sat there and just looked around. Would the sights be the same? Had things changed because of Covid? People walked by — some employees, some customers. Occasionally, an employee would walk by and our eyes would meet. We knew that we recognized something about each other, something familiar, but we didn’t really know who we were looking at. The masks, which everyone in the store were wearing, were impediments to complete recognition.

As these eye contacts continued to happen, I occasionally pulled down my mask for a fraction of a second. Let’s call it a “brief mask removal and replacement” moment that could allow for complete two-way recognition. Some of the passersby followed suit and the recognition process seemed to take hold. They were great moments, those moments of seeing your co-workers for the first time in about eight months. I started to notice the ways in which the store had changed. There were plastic barriers that provided the required separation between the customer and the cashiers. And there were the six-foot markers on the checkout lines. The olive bar was gone. That came as a shock. Gone were the days when you could select a wide variety of olives for your container. Now, each variety of olives were in separate containers with others of like kind, creating a situation where you have to buy more olives than you want in order to get the desired variety. Given the current state of affairs, I guess you can live with that kind of a problem. From my perch on the chair, I had a clear view of the guys behind the fish counter, slicing away and waiting on customers. Suddenly, one of the guys noticed me and quickly informed the others that Len Berk was in the house. The others started to check me out. Was it really me? Only another “Brief Mask Removal and Replacement” moment would provide the answer.

I got up and proceeded to walk to my old spot, (which was vacant) behind the fish counter. The guys kept working as they offered signs of pleased recognition. Tomas, who worked the spot next to me, got so excited that he left the counter and reappeared a few moments later with a new Zabar’s jacket which he had me put on immediately after I removed the old one I was wearing.

Behind the counter, smiles reigned as I removed a new side of Nova from the refrigerator, trimmed it, removed the pin bones and started to slice. I had forgotten nothing. It was as though I had never left — almost. There were fewer guys behind the counter, fewer customers at the counter and there was something in the air that I wasn’t able to identify that provided shades of difference between the now and then. But I let it go and continued with the art of the slice.

Ray, the manager of the counter, asked me if I would get him some tomatoes and onions for sandwiches. That did it! His request made me feel that I was actually working again and he knew that I would feel that way when he asked. I came back with the tomatoes and onions and continued to slice Nova. While I was behind the counter I also tasted the sable, gravlax and smoked tuna, to see if the products were up to standard. I suffered no disappointments. I purchased a pound of the Nova that I had sliced.

After a while, I decided to make the rounds, do some shopping and have some “Hello. how are you, good to see you” moments.

I started in the cheese room where I bought some of my favorite aged Canadian cheddar, some aged Gruyere and my favorite St. Agur blue cheese and traded small talk with some of the staff. From there to the cake counter where I bought a four-inch chocolate mousse cake. Then to the soup area, the meat counter, bread counter, coffee area, upstairs to the houseware department and office area, chatting all the way.

I spent some time with my 92-year-old friend, Saul, who happens to own the store. We spoke a bit about health issues, work and family. He told me once again that none of the workers in the store had gotten Covid since the start of the pandemic and that the store was following all the recommendations of the CDC.

Before I knew it, four hours had passed and I felt it was time to go. I gathered my purchases, put them in a wagon and set out to find the shortest line. As I got closer and closer to a cashier, Saul approached me and said “Don’t forget about the discount, Len.”

“Am I still entitled to it?” I asked. He thought for a moment. “Yes,” he said. So once again, this day, I felt that I belonged.

I paid my bill, got my parking card stamped with the Zabar’s mark so that I would be able to take advantage of the parking discount given to Zabar’s customers, and I was off to the garage. I presented my ticket and was informed that the discount was only for two hours and my car had been in the garage for four hours.

I wanted to say” Zabar’s,” but I couldn’t. “I’m paying” I told Juan. I swiped my credit card and the bad news was revealed; $35

I got in my car and drove home. Apart from the $35, it was a magnificent day.

Len Berk worked for 26 years behind the counter at Zabar’s. He is the Forward’s lox columnist.

How sweet it is to (finally) return to Zabar’s!