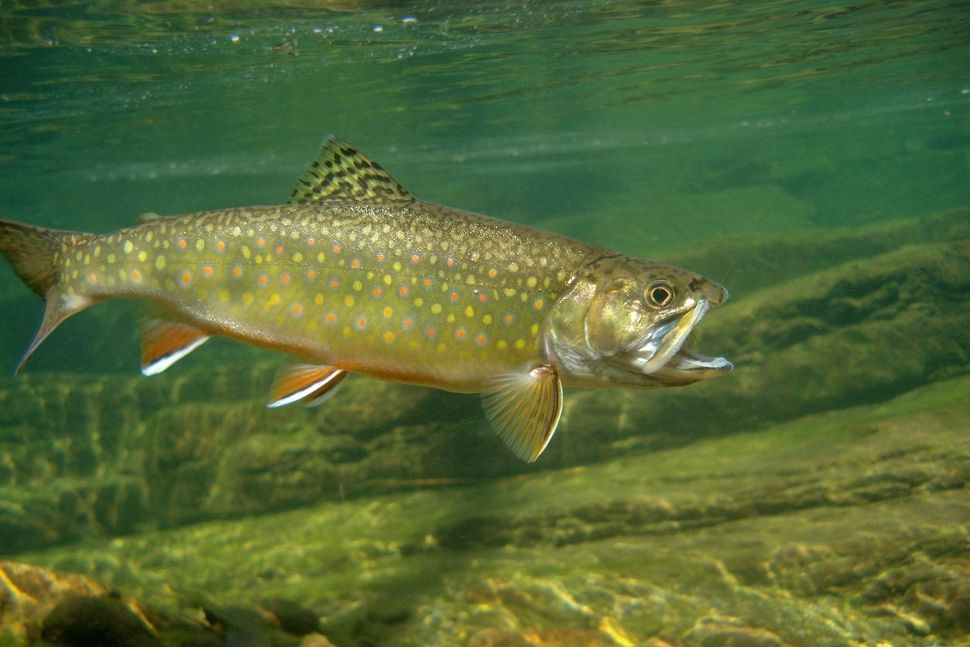 Smoked salmon or lox? That is the question.

On Sunday mornings in the 1940’s and 50’s, Jewish people lined the streets of New York to get their lox fix from the appetizing stores around at the time. It was a ritual; there had to be lox on the Sunday breakfast table.

Why did it happen? Why is it important? Tevye answered both questions with two words. TRADITION! Tradition.

Before Jews immigrated to America, when many of them were still in the old country, they ate herring. It was cheap and plentiful. When times were bad and anti-Semitism flourished, ways had to be found to make the fish last. Refrigeration was not readily available, so salt curing became the solution.

It was only natural that when the Jewish immigrants arrived in America, they would make the jump from herring to salmon, which was abundant here and far more luscious, with its silky texture and delicate flesh. At first, the salt curing process produced a salmon that was very salty. This new product was called “Lox,” the newly-spelled name for Lachs, the German (And Yiddish) word for salmon. When sugar and smoke were added to the mix, voila, smoked salmon was born. At the time, much of the salmon came from Nova Scotia, and so the name “Nova” was born and remains to this day.

As more and more people become aware of the availability of this delectable fish, demand for Nova flourished, even if there remained a staunch group of (salty) lox lovers who have never given up their lox. As General Douglas McArthur declared, “Old lox lovers never die, they just fade away.”

A FEW WORDS ABOUT WILD VS. FARMED 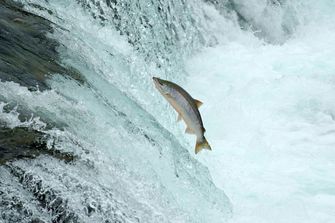 Born to Be Mild: The texture and flavor of a salmon depends a great deal on where it was caught. Image by iStock

Salmon in the wild roam the waters freely and where they are caught in their journey can affect the texture and flavor from fish to fish. Generally, they are lean and less fatty. Since fat is a significant component of flavor, wild-caught salmon tend to be less flavorful.

Farmed salmon live a less active life than those in the wild and therefore have a smoother and more buttery flavor. In addition, in the better farms they are given proper amounts of protein, oils and fats so that texture and flavor remains consistent from fish to fish.

A FEW WORDS ABOUT HOT-SMOKED VS. COLD-SMOKED

Here are the mainstays of the smoked/cured fish world. Writing about them gives me pleasure and delight.

Sable is the commonly-used name but in fact, when you ask for sable, what you get is black cod, which is one of the fish in the sable family. Why is this fish referred to as sable, when in fact it is black cod? Probably because sable sounds more elegant and this fish is truly elegant. 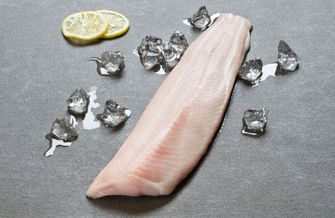 Black Cod or Sablefish: What’s the difference? Not much. Image by iStock

The fish is filleted, skin on, the meat side coated with a light sprinkling of paprika and cold smoke. Its flavor is sweet, buttery and a bit salty with a silky and somewhat slippery texture.

Sturgeon is considered the king of smoked fish. It is hot smoked, traditionally with maple wood to enhance its natural flavor, which is on the mild, somewhat sweet side. It is also low in sodium. Its texture is dense and meaty; not smooth at all, but its delicate flavor is unique and delicious. You’ve got to taste it to understand it. 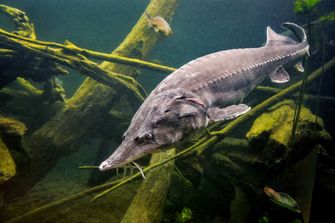 The Sturgeon is In: Sturgeon are considered the king of smoked fish. Image by IStock

It’s not surprising that it is so delicious; after all it comes from the family of fish that produces the world’s best caviar.

A smoked whitefish is a thing of beauty; especially when it weighs between four and six pounds. Arriving from the smokehouse it is displayed in all its glory, intact, the whole fish, head, tail, skin, bones and beautiful golden scales. It holds a special place in the showcase, easily seen by the costumers. 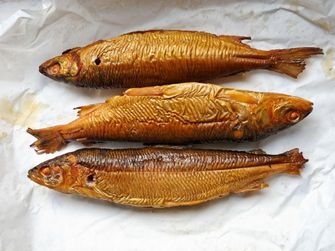 The Beauty Part: Before they were smoked, these whitefish swam in the Great Lakes. Image by iStock

Over my 26 years behind the fish counter at Zabar’s, I have been known, on occasion to pick up one of these fish, point it straight out, head first, over the top of the counter, and keep it in my hand about two feet away from the face of a 5-year-old standing with his mother, waiting at the counter.

“How would you like to kiss a whitefish?” I usually ask the kid.

This is a very unsettling experience for a 5-year-old and usually causes the boy to look directly at his mother, as if to say, “What I do, Ma?” When I pull the fish back, return it to its place in the counter, and say to the mom “May I help you?” both mom and child breathe a sigh of relief.

These whitefish were recently swimming in the icy waters of the Great Lakes of North America. They run anywhere from two to 23 pounds. In the hot-smoking process, they are hung on a rack with hooks through the head; a line of 20 to 30 fish in a vertical, heads-up position on a rack is wheeled into the smoke room and smoked.

They are considered one of the best-eating freshwater fish; high in fat content, mild flavor, medium firm, sweet, delicate and smoky meat with large juicy flakes that peel right off the bone. Whitefish are sold by the chunk, half or whole, bone in or filleted. . And then there are smoked chubs, thought of by many as baby whitefish and in most cases they are. Sweet, rich tasting, delicate and smoky; oily in texture, they please the most refined palate. They too come from the Great Lakes, and are sold whole only. Unfortunately, however, invaders have entered these waters and have almost eliminated the chub community entirely. And so you rarely see chubs in appetizing stores these days.

The origin of this legendary cured salmon dates back to the 14th century. The word gravlax comes from the Scandinavian word grava/grave (“to dig) and lax/laks (“salmon”). At that time, salt was expensive and alternative methods had to be found to preserve the fish. A technique was developed whereby the salmon and its cure were buried in the earth. The resulting product would not have been edible by today’s standards but as time passed new techniques for making gravlax evolved including the use of salt, brown sugar and dill which provided a gentler product, suitable to today’s tastes. 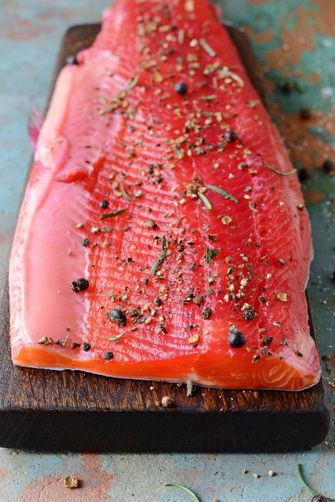 A Grav Matter: Graxlax is made using brown sugar, dill and salt. Image by IStock

The basic recipe starts with a small fillet of raw salmon, about four pounds, skin on, cut in half. The cure is rubbed on the skin side of each half. Most of the cure will not stick to the skin side and is packed on to the meat side of each half fillet, Then the two halves are placed together, one on top of the other, meat sides facing each other. They are wrapped in plastic, a weight is placed on top of them and then they are refrigerated. After about 72 hours of curing, the prize emerges. Its flavor is both sweet and a bit salty, its texture similar to lox, however denser since some water is lost during the curing process.

Zabar’s makes its own version of gravlax in house under the watchful eye of Saul Zabar who is a stickler for getting it just right. Many a side of gravlax has been discarded if it did not meet the boss’s standards.

I am often asked to explain the difference between baked and kippered Salmon. The difference is slight and not significant enough to mention. Essentially they are the same. 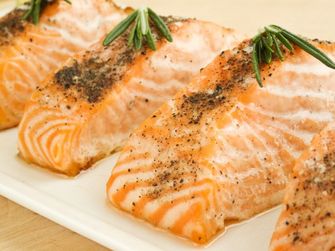 Yom Kipper Delicacy: The difference between baked and kippered salmon is hardly worth mentioning. Image by IStock

To make baked salmon you start with a full side of raw salmon, pin bones removed, skin on. Then you cut off enough of the tail part of the fish so that the remaining part is of similar thickness. You cut the salmon from head toward the tail down the center, thus separating the back side from the belly side. Then you cut the belly side into 6-inch pieces and do the same with the back side. Alternatively you can bake the whole side and cut the sections later. Coating the meat side with lemon, pepper, butter, salt, and paprika and garlic powder is optional.

Depending on the size of the salmon you will have six chunks, give or take. You hot smoke the pieces at about 140 degrees Fahrenheit for about 12 to 15 minutes and you’ve got baked or kippered salmon. The belly sections are fatty, succulent and sweet with only a hint of salt; in spots, they’re a bit creamy. The back sections are drier with large firm flakes, moderately sweet with a hint of salt. 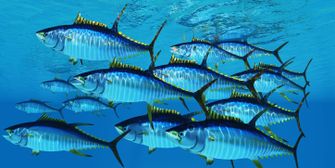 You Can’t Tuna Fish: A school of yellowfin tuna Image by IStock

The best tuna for smoking is a whole fresh premium grade loin, ahi tuna being the best, followed by yellowfin. Salted slightly and hardwood smoked, the tuna has a delicate, mildly sweet flavor and a dark reddish purple color. It doesn’t sound beautiful but when you see it, it is.

Brook trout generally live in the cold fresh water lakes and streams of the Great Lakes region. They inhabit shallow lakes in the north and deep lakes further south. 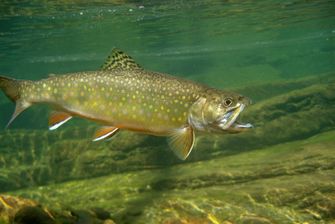 To get the smoking process underway the trout are first submerged in a brine solution, refrigerated covered for from two hours to overnight. They are dried by breeze or paper towels and refrigerated for another five hours. Then they are hot smoked, and hang on racks for about two hours at which time they are ready to eat. Their flavor is smoky and a bit salty. The meat slides off the bone with the help of a knife. The texture is on the dense chewy side. These fish are sold whole only; that means head, tail and bones.

One final thought: Every so often during my slicing day a playful costumer would see me take a taste of a particular fish. He (it’s mostly men) would say “I caught you. Eating up the profits eh?” I would smile, look him right in the eye and say “Not at all, sir. Actually it’s part of my job. When customers ask me if the whitefish is good today, is the sable salty, is the baked salmon fatty? I consider it my responsibility to have the right answers, and the only way for me to really know about the fish is to taste them.

And that’s how I know so much about smoked fish.

Len Berk is the Forward’s lox columnist. He worked at Zabar’s for 26 years.