Of arms and the sushi man, I sing — a poem from the Zabar’s lox counter 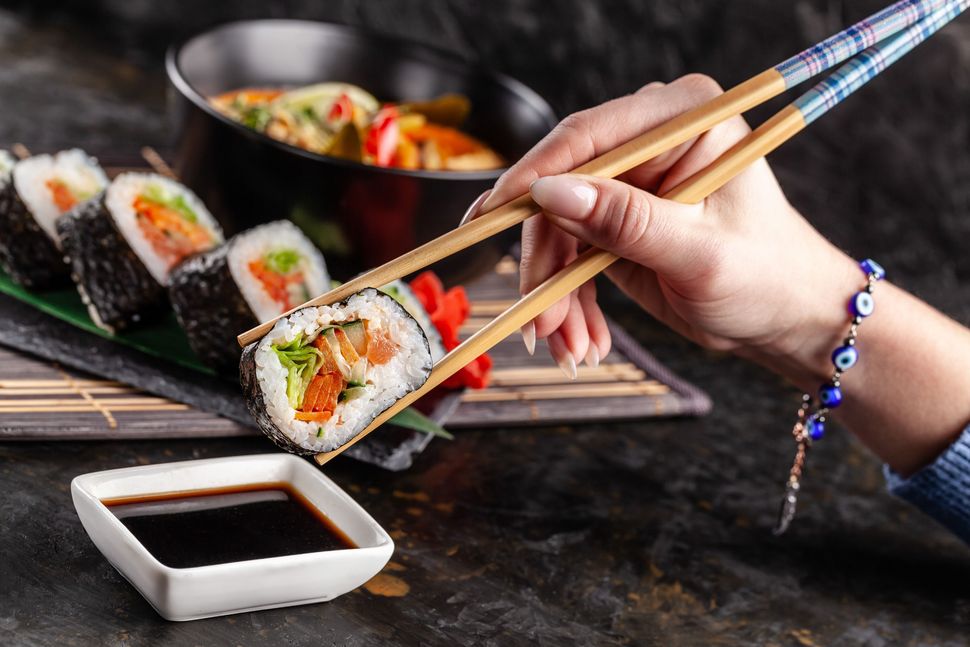 What the devil is that guy doing in my spot? I walk into the store at 7:30 am. It’s my early day; the day I watch the store wake up. I like seeing the store at that time, but I wonder — what’s that guy doing in my spot? As I get closer and closer, it becomes clear. This guy is making sushi on my board. Looks like they decided to discontinue bringing in the sushi from outside, and instead, have it prepared, with all its ritual, in the store where people can see it being made and know it’s fresh. Good idea — even though my board was usurped.

I start to work one board over which is really not a problem — a board’s a board. And I get a chance to watch sushi being made from scratch. We introduce ourselves, the sushi man and me, and a new relationship is formed. Which is how I came to write this poem.

THE SUSHI MAN & HIS BLAZING BLADES

There is a pleasant Sushi Man
His name is Danny Fnu
From where does Fnu originate?
I have not a clue

Does not sound Japanese to me
But I don’t think it has to be
What has to be is plain to see
Fingers, hands, dexterity

His day starts early, at daybreak
He arises and he’s wide awake
He grabs his gear, for it is clear
Today it’s sushi he’ll create

Sushi Man is slicing
Sushi Man is dicing
Make a roll, break a roll
Hit them with some spicing

Shred the cukes, squeeze some gloss
Spread the rice, spread the moss
Add a shrimp then some eel
Avocado in this deal

Flash the knives with bravado
Add some more avocados

Pickled ginger, bright and pink
Then some soy sauce, looks like ink

Dancing fingers fold and squeeze
Rainbow rolls if you please
Next, wasabi, seaweed salad
The Skill is worthy of a ballad

Len Berk, who worked behind the lox counter at Zabar’s for 26 years, is the Forward’s lox columnist.

Of arms and the sushi man, I sing — a poem from the Zabar’s lox counter