Christmas was my favorite holiday — until I got too Jewish 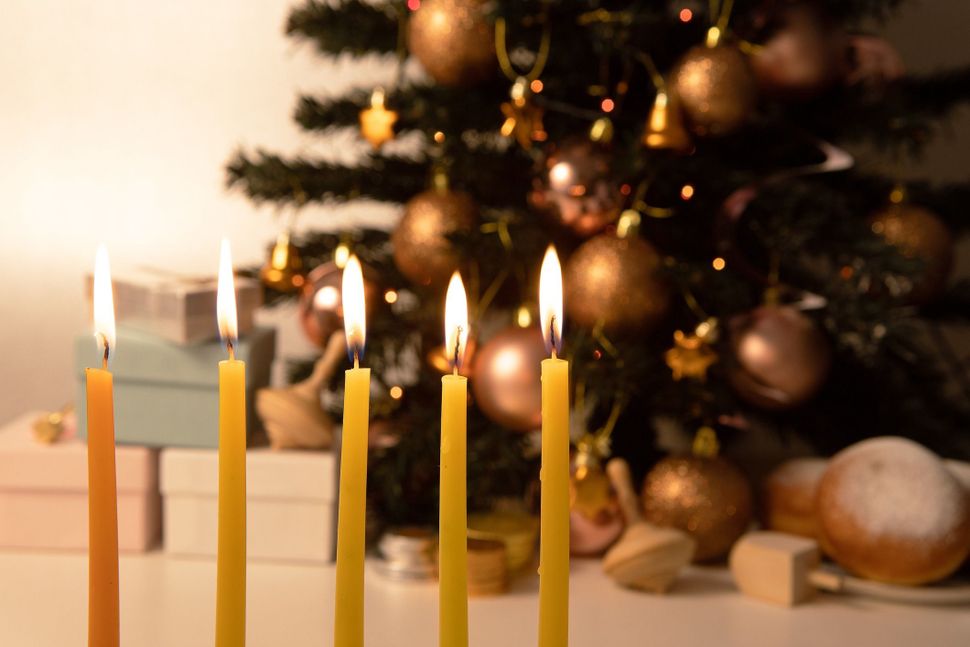 When I was a child, Christmas was my favorite holiday. My dad isn’t Jewish, but that’s not even why we celebrated Christmas; my Jewish mom grew up celebrating too. Her mother had been jealous of how much fun it seemed, so she insisted on having trees and stockings and carols. When I was growing up, Christmas was a big deal — the biggest celebration in our household, the holiday everyone returned for.

But by my mid-20s, the magic wore off. My last two Christmases at home were dominated, respectively, by huge family drama set off by a cat (I assure you it was dumb as it sounds) and a kidney infection that sent me to the ER. I took it as a sign and skipped the most recent few years. It felt like a betrayal — but it was also a relief.

The truth was that I’d begun to feel uncomfortable celebrating Christmas. Not just because of the family drama or the dynamics of gift giving, but because of my increasingly strong Jewish identity and practice.

I had always identified as Jewish, but my upbringing was hostile to organized religion. This hostility may have contributed to my fascination with religion, which I majored in during college, but even then, I didn’t focus on Judaism. My identity was based on food and jokes.

But at age 25, I embarked on a plan of bumming around the world as I applied to graduate school, and found myself, accidentally, studying Jewish texts in a religious institute in Jerusalem.

I had just been trying to find some classes — secular classes — to get a head start on grad school and some people in a rock-climbing gym recommended I check out their program.

It was obvious when I walked in that this was not a secular institution. It wasn’t entirely traditional — people wore shorts, opposed settlements and were openly queer. But at lunch, they all went to pray. A teacher offered to re-circumcise those who had not had a proper bris. Hallway debates revolved around women wearing tzitzit. I felt out of place.

I wasn’t looking to become religious. But all my new friends socialized via Shabbat meals so I began to learn the prayers and songs to avoid having to awkwardly mumble-hum my way through gatherings. And as the rituals became familiar, I began to enjoy them. When I returned to the U.S. for grad school, I continued, and felt increasingly comfortable in Jewish community.

But not fully. My family’s blithe celebration of Christmas felt like a dirty secret, especially compared to how little attention we paid to most Jewish holidays. So I created an easy way out by returning to Israel each winter break. When else would I have the time to visit my friends? I expected pushback, but there wasn’t any.

As I have gained increased fluency in Judaism, however, I have felt less need to justify my choices. I don’t do Shabbat every week, but I prefer Modern Orthodox services to Reform when I do — and I might go dancing after. They continue to let me into the synagogue.

I still have a resistance to Christmas and the way the holiday is pushed on you in the U.S. It is part of a Christian hegemony that I deeply resented even before my Jewish Renaissance. Plus there’s the ravenous capitalism and consumerism it creates. But I no longer feel that I lose some sort of Jewish legitimacy by accepting my family’s traditions; the only thing I might lose is a chance for family connection. If there is space for my other contradictions, why not this one?

So, even though there’s a very convenient excuse to skip Christmas again this year, I’m making my return. After quarantining and several negative tests, I will drive down to D.C., decorate the tree, sing carols, and exchange gifts. There’s no guarantee there won’t be family drama or even another kidney infection. But it’s been a hard year, we need to find connection where we can. And my family finds it around a Christmas tree.

Mira Fox is a fellow at the Forward. Contact her at [email protected] or find her on Twitter @miraefox.

Christmas was my favorite holiday — until I got too Jewish