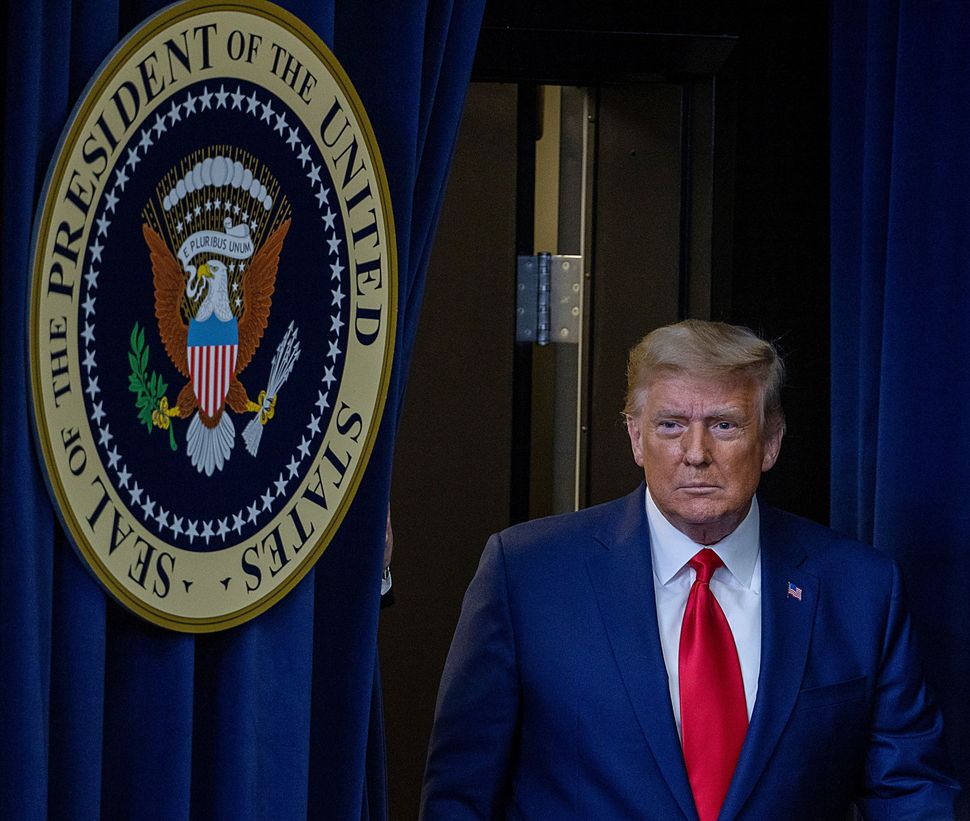 Like most New Yorkers of his generation, Donald Trump has a few Yiddish words in his back pocket. Because he’s Donald Trump, those words are limited and — by most accounts — phallocentric.

On Jan. 3, The Washington Post reportedthat Trump deployed a well-known Yiddish vulgarity in a recorded conversation with Georgia Secretary of State Brad Raffensperger. Twice, Trump referred to himself as a “schmuck” for endorsing Georgia Governor Brian Kemp, a fellow Republican who hasn’t supported the president’s claims of voter fraud.

The “schmuck” moment is a brief soundbite in a recording widely compared to Richard Nixon’s Oval Office tapes. (NB: Trump said something in Yiddish while Nixon remarked “The Jews are just a very aggressive and abrasive and obnoxious personality.”) But just as Trump’s call fits his pattern of trying to undermine free and fair elections with mob boss machismo, saying “schmuck” is consistent with his favored Yiddish words.

In 2015, for example, the then-candidate transformed an obscene noun into a somehow more obscene verb when he said Hillary Clinton was “schlonged” by Barack Obama in the 2008 election. In this context, the word means soundly defeated — or clobbered. As J.J. Goldberg wrote at the time in these pages, this wasn’t quite a neologism as many claimed, but a corrupted and common term perhaps endemic to Trump’s native borough of Queens. Say what you will about Trump and “bigly,” he isn’t exactly Shakespeare when it comes to coinages.

But while other New Yorkers — Jew and Gentile — make wide use of the mamaloshen, Trump appears to gravitate towards only its basest vocabulary. (Schmuck in particular is a far more charged word in a Yiddish context, while it loses a lot of its bite when inserted into an otherwise English sentence where it often is just used to mean a foolish or reprehensible person.)

The president made the snowbird move to his “Winter White House” at Mar-A-Lago, but never referred to the regular excursion as a “schlep.” It’s hard to imagine his orange outer-coating enduring a sauna, but, in any case, we doubt he’d refer to it as a “shvitz.”

He has no use for such words, as he hasn’t matured much beyond that kid on the playground who, learning a classmate is from another country, exclusively asks him how to say the words for genitals in another language. Yiddish, like English, has no shortage of those, but it’s doubtful Trump took the time with them or, let’s be honest, is even aware that schmuck or schlong refer to the male anatomy at all.

Regardless of intent or awareness, it’s all in the spirit of the earlier hot mic moment of the “Access Hollywood” tape. He’s more than capable of offending in two languages.