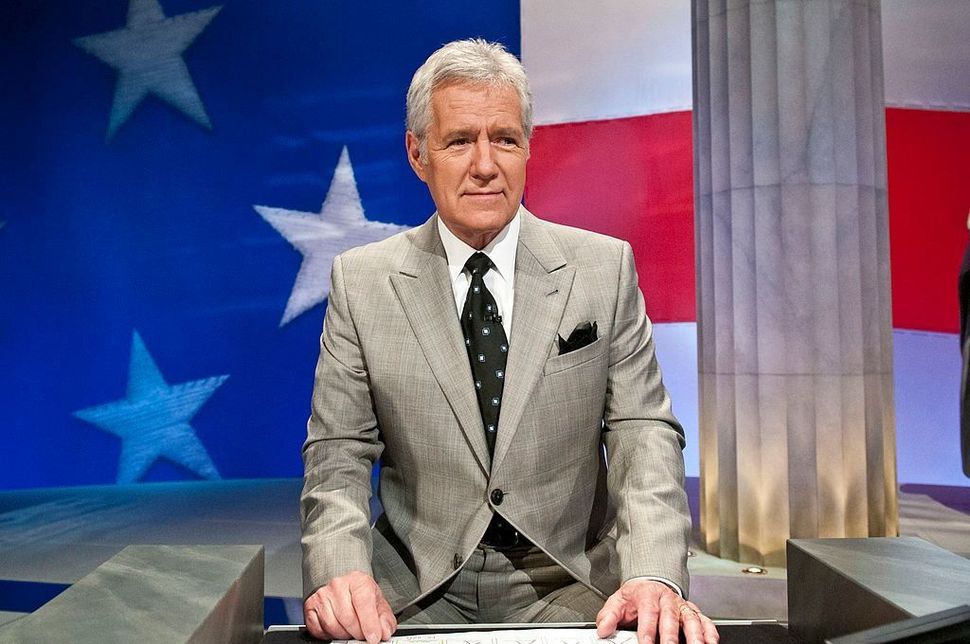 My mother often says she wasn’t even sure what her dad did for a job for most of her childhood. It’s not that it was hard to understand; he was a doctor. The issue was that, instead of talking over the dinner table, they watched “Jeopardy!”

Unfortunately, my grandparents passed away early in the pandemic (from kidney failure, not Covid). I’d been planning to visit them in March, right as they began to steeply decline, but the lockdown prevented me from doing so. We talked every day, but it wasn’t the same; 45 minutes on the phone misses all the quirks of personality that come out when shouting answers at the TV or commenting on a “Jeopardy!” participant’s anecdote during the interview break.

My grandfather, a stickler for a level playing field, often complained about Alex’s mildly scolding tone when he corrected a contestant. “That’s not fair! He has all the answers!” he’d say. And for his 90th birthday, we made a “Jeopardy!” game of his favorite category — college fight songs.

My grandparents’ differences were illustrated nightly during “Jeopardy!” My grandfather was something of a recluse while my grandmother was a social butterfly. They often joked that it was “inertia” that held them together for decades. But opposites attract, and make for a perfect trivia pair team. My grandmother nailed every question about opera and literature while my grandfather held down science, geography and sports. “If you could combine them, they would’ve made one heck of a “Jeopardy!” contestant,” said my mother. “Jeopardy!” was, in a way, the glue that held their marriage together; they took great pride in their talent.

It was the loss of this mental acuity that led my grandparents, who discontinued dialysis, to decide to die. My mother, who stayed in Denver for months as they declined, watched “Jeopardy!” with them each night; she saw their frustration as they missed answers they used to know. My grandmother would have been impressed — and jealous — to see that Trebek worked until the very end, through his battle with cancer, remaining clear and sharp (and handsome; looks mattered nearly as much as brains).

I was never a big “Jeopardy!” watcher myself, but over the past few months, I’ve found myself watching my way through reruns on Netflix. I wasn’t making a conscious attempt to feel closer to my grandparents, but I think of them each time I watch Trebek stroll on stage as I eat dinner.